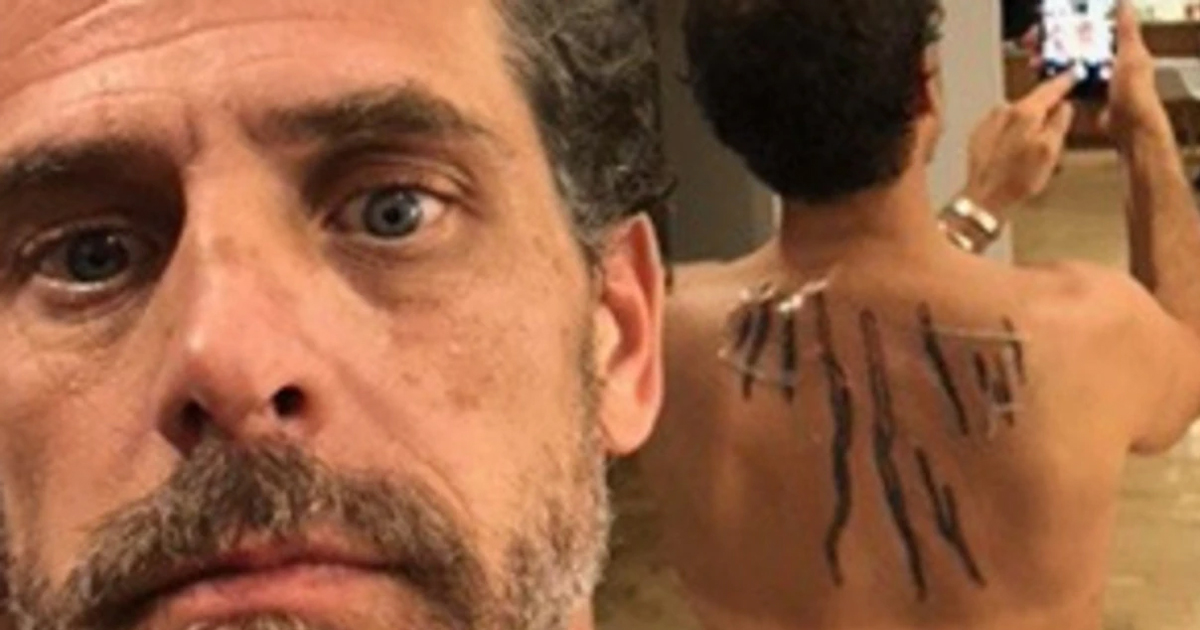 The laptop repair store owner who took possession of Hunter Biden’s “Laptop from Hell” and ultimately gave it to federal authorities after the 46th president’s son neglected to return for his property for a year is releasing a tell-all book that, apparently, includes Hunter Biden’s laptop password.

An excerpt from American Injustice: My Battle to Expose the Truth – the new book written by The Mac Shop owner and repairman John Paul Mac Isaac – reveals new details about how Hunter Biden’s laptop was delivered to Isaac, and what exactly he found on the laptop.

Apparently, Biden stumbled in 10 minutes before the store’s closing time, drunk, and asked for Isaac to perform a miracle on three separate laptops.

After being surprised that Isaac did not recognize him, Biden stumbled when asked to provide his password.

From an excerpt of the book published in the New York Post:

“My password is f–ked up. Don’t be offended!” he said, before announcing that it was “analf–k69” or something to that extent. His inebriated condition made it difficult to understand is speech. My eyes widened a bit, and I told him that maybe it would be best if he tried to log in himself.

When Isaac was able to “fix” the laptop by turning it on and plugging an external keyboard in to the device – the on board keyboard was fried by liquid, apparently – Hunter then seemed confused about what to do next:

“Hey, you fixed it!” he stated, slurring slightly. I asked if he had an external keyboard that he could use to get around the failure of his internal keyboard, and he just looked at me blankly.

After Biden left, Isaac remembered the passing of Beau Biden, and wondered if the contents of the laptop with a Beau Biden Foundation sticker may have contained sentimental family memories and documents.

Due to his realization, and apparently a misplaced sense of compassion, Isaac began working on the laptop despite being past closing time. It was then he made disturbing discoveries of pornography:

He then realized his client was in the images:

“Oh s–t,” I thought, pausing. The preview image in the right column was clearly displaying the customer. He was wrapped in a red scarf and wearing what looked like a jock strap. I couldn’t help but chuckle.

Isaac soon discovered there was a simply massive amount of pornography on Biden’s laptop, rather than an errant photo or two:

“How many of these does he have?” I wondered. It wasn’t just him alone either. Although it looked like he was having a love affair with himself, there also were photos with women. I decided I’d had enough, that I was no longer going to preview the data. I would just go by the file name and hope for the best. And I tried to work out how to keep a straight face when he returned for the recovery data.

The laptop repairman later found documents that were apparently related to Biden’s financials, and was surprised by the sheer amounts. One document apparently said that Biden was unable to live on more than $500,000 per year, which Isaac notes is 10 times his annual income.

Isaac eventually gave the laptop to federal authorities after Biden did not return to collect his property for more than a year.

The contents of the laptop were at some point given to the New York Post, who published both salacious photos and what many suggest is evidence of self-serving and corruption in the Biden family before the 2020 election.

Twitter censored the story and most news outlets refused to admit the laptop was authentic until early 2022.

Isaac’s book is set for release this November.