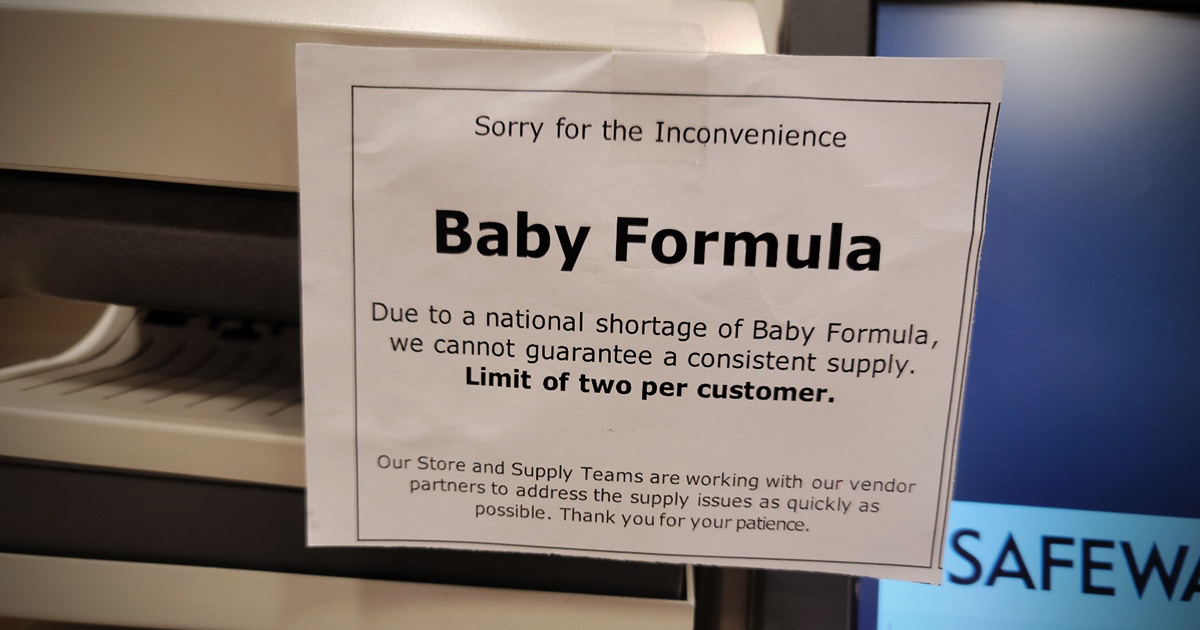 Google searches for “formula substitute” and related phrases are hitting record highs, amid a nationwide shortage of baby formula.

Valiant News analysed a number of searches relating to “formula substitute” on Google Trends, a tool that allows users to track the popularity of terms looked up on the search engine from 2004 onwards.

In the results for “formula substitute” on Google Trends, it had hit an all time high in May so far, with February and April this year seeing 59% and 62% of the search volume from May respectively. Previous peaks in June 2010 and May 2014 only saw around 44% of the volume of searches from May. 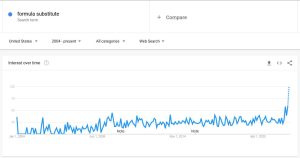 The Google search results come as a national baby formula crisis is occurring across the United States, with various stores, including CVS and Walgreens, imposing purchase limits to stop people from overstocking on formula.

Speaking during the debate in the House on the Ukraine funding bill on Tuesday night, Representative Marjorie Taylor Greene attacked politicians for wanting to spend $40 billion on the embattled country, while ignoring the baby formula crisis that was happening at home.

“$40 billion, but there’s no baby formula for American mothers and babies,” Greene said. “The American people do not support paying for constant US involvement in foreign affairs while our own government fails our own country.” The bill eventually passed 368 to 57.