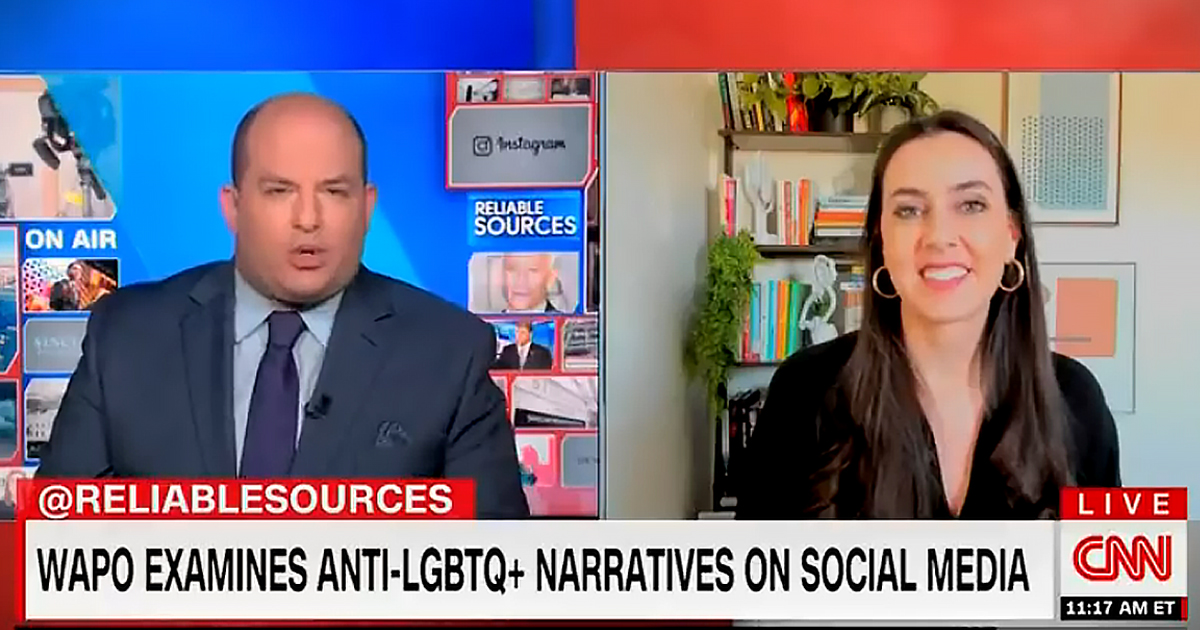 Embattled Washington Post journalist Taylor Lorenz became the subject of criticism after she and her editors published an article exposing previously private information about the creator of Libs of TikTok in a practice many call doxxing.

After days of nonstop criticism, Lorenz appeared on CNN with Brian Stelter to defend her work.

“It’s rare to see an account gain so much prominence so quickly and be shaping these narratives,” said Lorenz, after denying doxxing but admitting the account is effective in its goal of amplifying what left wing content creators on TikTok say, “especially against trans people.”

“I wanted to make the case why this account matters, and I think it’s incredibly important,” Lorenz justified. “As someone who covers the influencer industry, to know who is exerting influence in this way.”

“I mean for all we knew this could have been a foreign actor, right?” Lorenz declared, “Or someone–we just didn’t know.”

Taylor Lorenz says that one of the reasons she revealed @libsoftiktok's identity is because "for all we knew, this could have been a foreign actor." pic.twitter.com/ktRnYDxbly

Then, Lorenz complained that the Libs of TikTok creator is becoming a popular conservative voice and appeared on high level news outlets.

“This woman is basically on an entire right wing media tour,” groaned Lorenz. “She gave interviews to the New York Post, Tucker, all of that.”

“I wanted to,” Lorenz started, “I thought it was quite important and in the public interest to find out who was running it.”

When Lorenz’s article was first published, many conservatives noted that Lorenz was literally crying on camera only weeks earlier because of mean comments written about her online. Ironically, Lorenz’s not only provoked this sort of response for the Libs of TikTok creator, but also for a random Instagram user who happened to share the same name as the woman allegedly doxxed by Lorenz. Valiant News reported:

The woman posted conversations with individuals detailing how she denied running the “Libs of TikTok” Twitter account, but the online harassers did not believe her and kept the attacks going. “Reap what you sow, you hateful lying hypocrite,” one user wrote. “Say you are sorry to all of the lives you’ve ruined.”

After the article was published, many of Lorenz’s old tweets were mysteriously removed from the Internet Archive. Some pundits have noted that she – or an agent working on her behalf – could have claimed copyright ownership of those tweets, and compelled the Internet Archive to remove them.

Spread the love
In this article:Commentary, Featured, Libs of TikTok, taylor lorenz