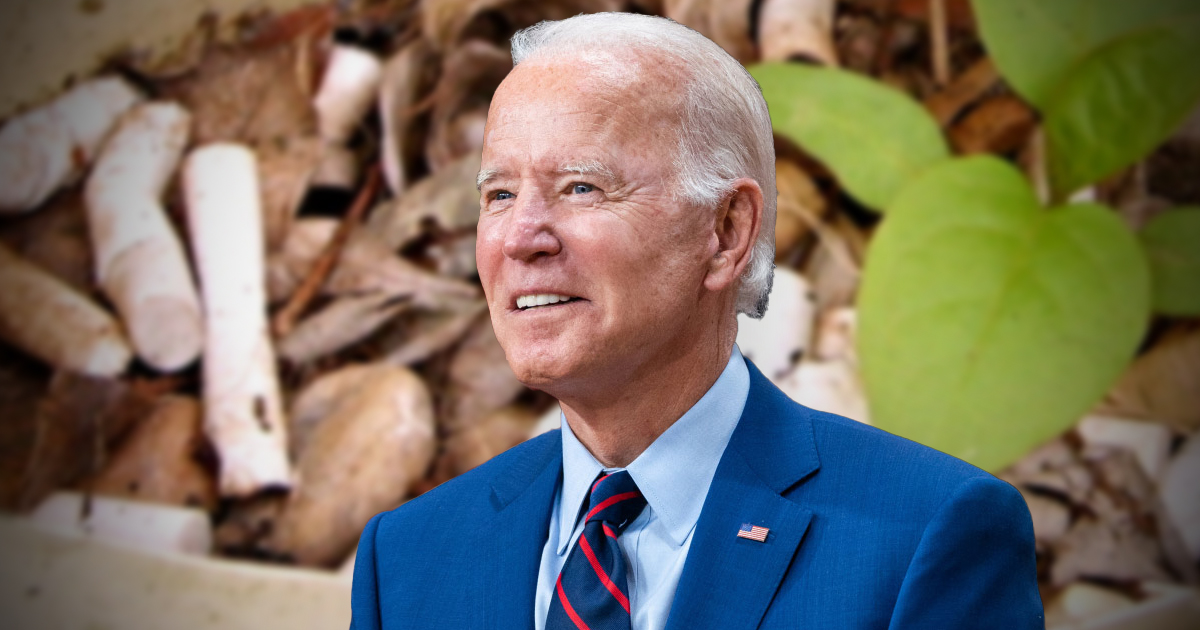 Joe Biden made a series of strange and incoherent remarks during a rant against the Second Amendment on Monday, and at one point told Americans to imagine a scenario where the tobacco industry had been “immune to prostitute to being sued.”

At one point during his erratic tirade, Biden mentioned the tobacco industry and prostitution, ostensibly confusing the word “prosecute” with “prostitute.”

“The only outfit in the country that is immune, imagine had the tobacco industry been immune to prostitute, from being sued,” Biden screamed. “C’mon!”

BIDEN: "Imagine had the tobacco industry been immune to prostitute…" pic.twitter.com/BzUds3PTva

As Valiant News reported Monday afternoon, Biden yelled about “ghost guns” on the White House lawn, confused the Bureau of Alcohol, Tobacco, and Firearms with the American Federation of Teachers, and called federally licensed firearms dealers “merchants of death.”

“Take a look at this, it comes in this package,” Biden yelled during the remarks. “You can see the picture down here maybe. This is the gun. It’s not hard to put together. A little drill, a hand drill at home, doesn’t take very long. Anyone can order it in the mail. Anyone.”

"This is the gun. It's not hard to put together. A little drill, a hand drill at home, doesn't take very long. Anyone can order it in the mail. Anyone." pic.twitter.com/meJiOA61AH

“We’re going after rogue gun dealers,” Biden bellowed, proclaiming that federally licensed firearms dealers are “merchants of death” who are “breaking the law for profit, selling guns that are killing innocent people.”

At an event about firearms, Biden confuses the ATF with the AFT pic.twitter.com/8BO9EqtmCu

The remarks left some Americans scratching their heads with concerns over the president’s cognitive abilities and overall respect for the Second Amendment of the U.S. Constitution, coming after Biden appeared to invent a few new non-english words lask week.

After uttering the bizarre phrase “Alsdfnnalcaofieajlskdfa!” and apologizing repeatedly, the 46th president went on a strange tangent about visiting with Chinese President Xi Jinping in the Himalayan mountains during the Supreme Court confirmation ceremony for Ketanji Brown Jackson three days ago.

“America is a nation that can be defined in a single word,” said Biden. “Alsdfnnalcaofieajlskdfa!”

BIDEN: “America is a nation that can be defined in a single word… Alsdfnnalcaofieajlskdfa!”

Biden once again uttered non-english when he shouted “ToshuwiwebuilAmericawehavbabapromise” while speaking to a crowd at at the North America’s Building Trades Unions (NABTU) Legislative Conference just two days earlier.

“You know what it is, most people don’t.” Biden bellowed, “ToshuwiwebuilAmericawehavbabapromise, a promise!”