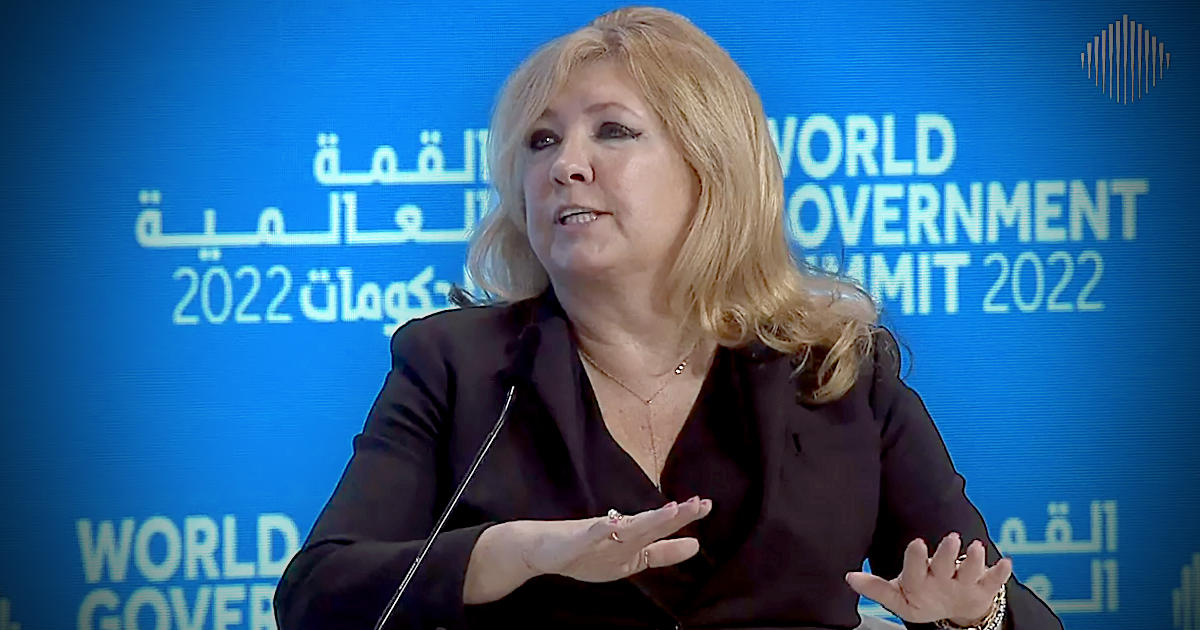 The World Government Summit asks: "Are we ready for a New World Order?" pic.twitter.com/z3mOyoGzAq

During the event, Malmgren, whose father served as a senior aide to U.S. Presidents John F. Kennedy, Lyndon B. Johnson, Richard Nixon, and Gerald Ford, explained the vision that the international elite have for the future of the global economic system.

“What underpins a world order is always the financial system. I was very privileged. My father was an adviser to Nixon when they came off the gold standard in 71. And so, I was brought up with a kind of inside view of how very important the financial structure is to absolutely everything else,” she said.

“And what we’re seeing in the world today, I think, is we are on the brink of a dramatic change where we are about to, and I’ll say this boldly, we’re about to abandon the traditional system of money and accounting and introduce a new one. And the new one. The new accounting is what we call blockchain,” Malmgren continued.

According to Malmgren, digital currencies allow governments to track financial activity. She said it could tilt the balance of power to states over their citizens, and further noted that China introduced a digital currency in their country, and that European countries are following suit.

“It means digital, it means having a almost perfect record of every single transaction that happens in the economy, which will give us far greater clarity over what’s going on. It also raises huge dangers in terms of the balance of power between states and citizens,” said Malgren.

She added, “But also this new money will be sovereign in nature. Most people think that digital money is crypto, and private. But what I see our superpowers introducing digital currency, the Chinese were the first the US is on the brink, I think of moving in the same direction the Europeans have committed to that as well.

“And the question is, will that new system of digital money and digital accounting accommodate the competing needs of the citizens of all these locations, so that every human being has a chance to have a better life? Because that’s the only measure of whether a world order really serves!” Malgren said.