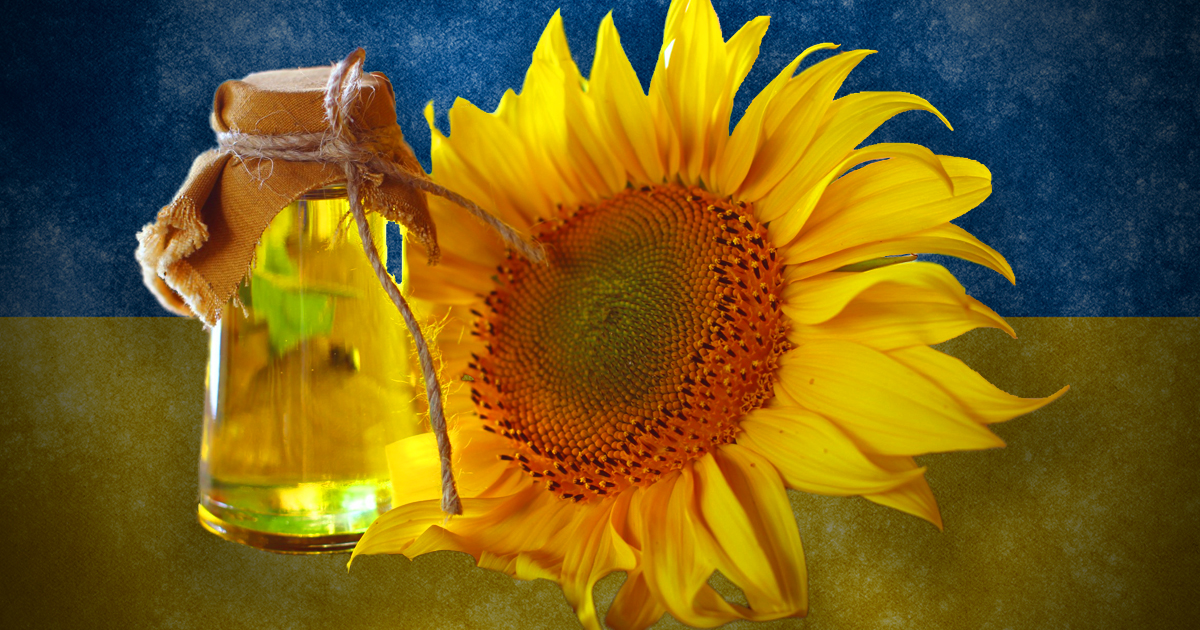 The world’s current supply of sunflower oil is “critical” and the production is being turned off by the Russian invasion of Ukraine, a European agency warns. It appears sunflower oil will be the first food product to see shortages due to the war in Europe.

According to Fedoil, “the federation representing the European Vegetable Oil and Proteinmeal Industry in Europe,” the current supply outlook is “critical” as a result of the war.

According to the group’s latest press release, Ukraine was shipping Europe 200,000 tonnes of sunflower oil per month before the war. That supply has now been cut to zero.

Ukraine supplied “between 35% and 45% of the sunflower oil consumed in the EU from Ukraine,” the group warned. It may now be “impossible” to replace Ukraine’s sunflower oil.

“There is no immediate solution to this disruption,” the press release warned. “Depending on the market, alternative vegetable oils can to some extent come into play, such as rapeseed oil, soybean oil and tropical oils.”

The sunflower has become a symbol of Ukrainian resistance to the Russian invasion.

As hostilities began in February, an elderly Ukrainian woman famously offered a Russian soldier her sunflower seeds. When asked about her gift, the woman replied that she gave him the seeds so flowers would grow from his corpse.

While the lack of sunflower oil may disrupt life for Europeans, consequences of the war have generated serious concerns of food insecurity elsewhere in the world.

Yesterday India announced that it is finalizing its plans for an “alternative payment system” that will allow the country to continue its trade relationship with Russia despite Western sanctions.

The Indian government is concerned that the densely populated subcontinent will experience issues with the food supply without Russian trade, as it imports more than 11% of its vegetable oils and agricultural fertilizer from Russia.

Elsewhere, there are greater concerns of oil and gas shortages, and one energy expert in the United Kingdom predicted wartime “rationing-style measures” will be necessary to avoid Russian energy.

In this article:2022 Invasion of Ukraine, Featured, Russia, Ukraine