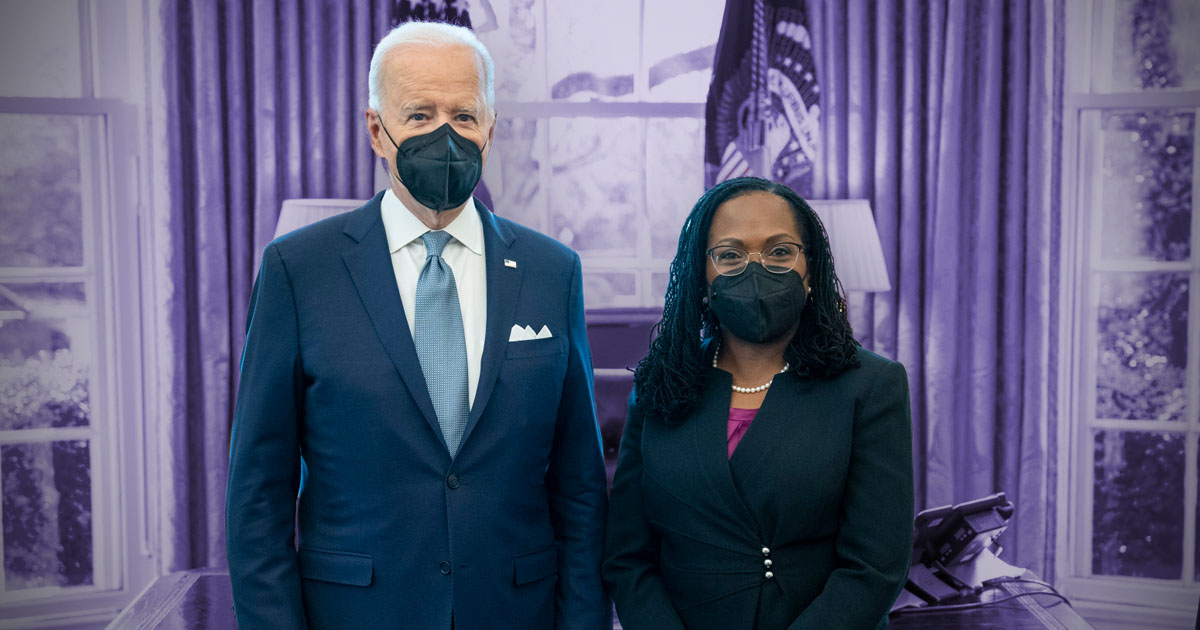 Joe Biden’s Supreme Court nominee, Judge Ketanji Brown Jackson, has a sentencing record that has been widely criticized by Republican officials. Some lawmakers have pointed to her record of leniency with child sex offenders, including those who were convicted of possessing child pornography.

During her Supreme Court nomination hearing, Judge Jackson pushed back against those claims, but noted that the sentencing guidelines for the production of child pornography are “leading to extreme disparities in the system.”

“As a mother and a judge who has had to deal with these cases, I was thinking that nothing could be further from the truth,” Jackson said Tuesday, noting that “[t]hese are some of the most difficult cases that a judge has to deal with” as they pertain to pictures of the abuse of children, with judges supposed to read “graphic descriptions” during sentencing.

“There’s a statute that tells judges what they’re supposed to do,” Jackson insisted.

“The statute says calculate the guidelines, but also look at various aspects of this offense and impose a sentence that is, quote, sufficient, but not greater than necessary to promote the purposes of punishment.”

In an op-ed written by Senator Josh Hawley (R-MO) published by Fox News, the Missouri Senator said that “as early as law school, Jackson was complaining of the ‘current climate of fear, hatred, and revenge associated with the release of convicted sex offenders.’ While serving on the Sentencing Commission, she supported eliminating the existing child pornography mandatory-minimum sentence.”

“Those views carried over to Judge Jackson’s time on the bench. Over and over again, she handed down sentences well below the congressionally endorsed Sentencing Guidelines recommendations,” Senator Hawley wrote.

“Unfortunately, Jackson is not the first judge to do that. But she stands out because she also consistently sentenced child pornography offenders below even what liberal prosecutors in Washington, D.C., were seeking,” he said.

Andrew Bates, the White House Deputy Press Secretary, attacked Hawley for his line of questioning on Jackson, claiming that it was an “embarrassing, QAnon-signaling smear,” with the mainstream media attempting to “fact check” the Missouri Senator.

Jackson was nominated by Biden because she is a black woman. Some have argued that Supreme Court Justices should be nominated based on merit, their legal expertise, education, and their prior record on the bench – not their gender or skin color.