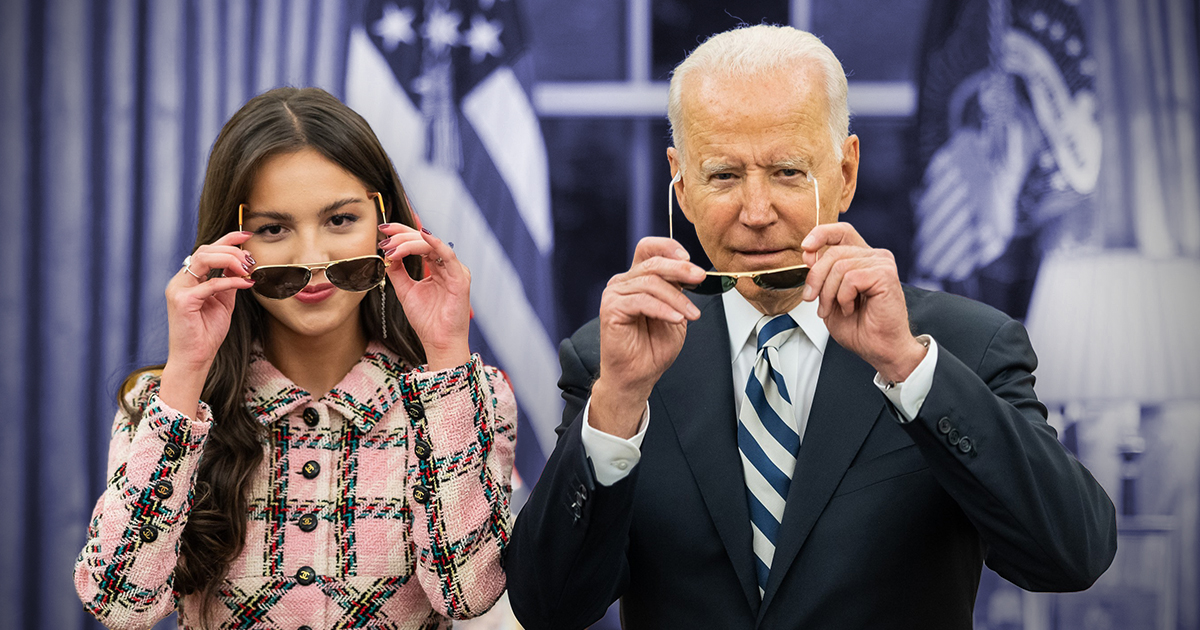 Joe Biden announced on Monday that “one of the top military people” during a security meeting told him that a “New World Order” is on the horizon.

“As one of the top military people said to me in a security meeting the other day, 60 million people died between 1900 and 1946, and since then, we’ve established a liberal world order and that hadn’t happened in a long while.” Biden explained, “There’s going to be a New World Order out there and we have to lead it.”

BIDEN: "There's going to be a new world order out there and we have to lead it." pic.twitter.com/jNfUmUO80p

The New World Order is a popular phrase among world leaders, and is believed to have first become a target of skeptics when it was used by 41st President George H.W. Bush.

The BBC reports that the phrase was first used as far back as the 1960s.

Fact checkers claim that concerns about a New World Order, or leaders who use the phrase, are part of a vast right wing conspiracy theory.

The remarks from the President came during a roundtable discussion surrounding the Ukraine-Russia conflict and the economy.

During the discussion, Biden admitted that the devastating impact of inflation on the U.S. economy is “real.”

He also celebrated the notion of the Ukrainian government having the weapons and equipment necessary to wreak “havoc on the Russian military.”

The remarks come amid claims from the Biden regime that Russia is “planning a cyber attack against the U.S.,” with Biden noting that the federal government “is doing its part to get ready.”

In related news, during a recent appearance on Fox Business, 45th President Donald Trump discussed speaking to Russian President Vladimir Putin, claiming that Putin would frequently use the “n-word” during their high level conversations when Trump was in the White House, Valiant News reported Monday.

“I listened to him constantly using the n-word. That’s the n-word,” President Trump said.

“And he’s constantly using it, the nuclear word.”

Russia claims it launched its “special military operation” to protect ethnic Russians from Ukrainian state violence in that region, while Ukraine and the international community insist that Russia’s attack amounts to an invasion.

The conflict has prompted calls from prominent pro-war members of the Republican Party to escalate the international crisis, inserting the U.S. directly into the feud despite the party once adopting President Trump’s America First message.

The current rhetoric appears to signify a party pivot away from the popular pro-American and anti-endless war policies that the Republicans had at one point embraced during and shortly after Trump’s presidency.