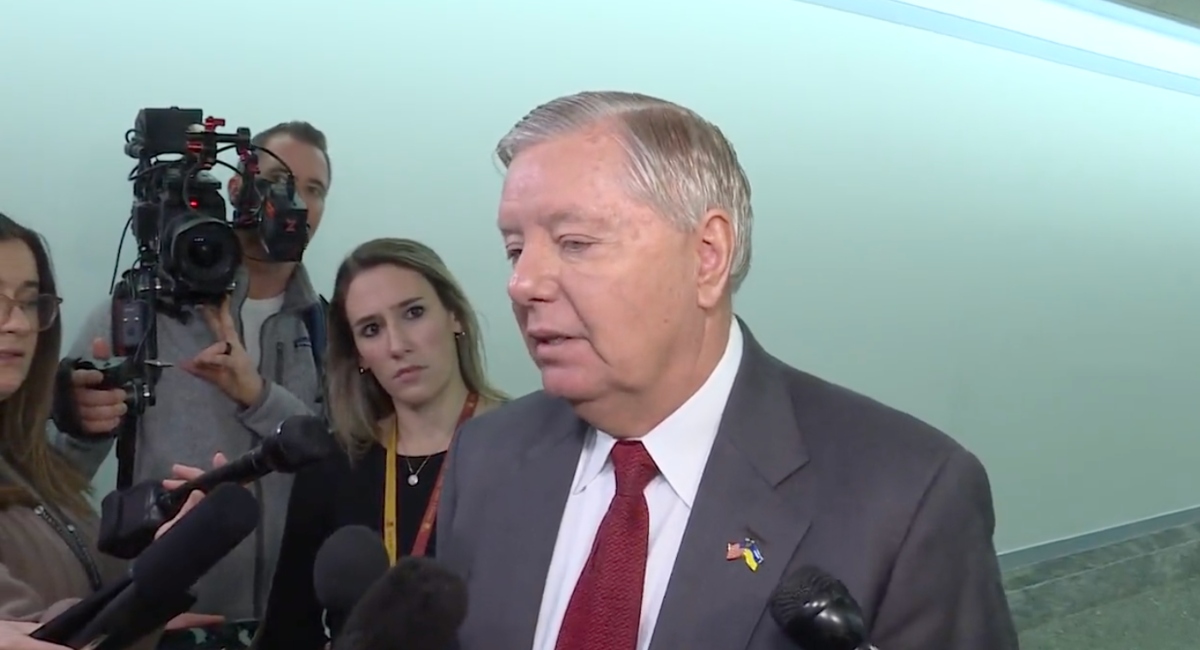 Sen. Lindsey Graham defended Joe Biden’s alleged mishandling of classified information found in various locations, including the president’s garage next to a corvette at his home in Wilmington, Delaware, while speaking to the press today in Congress.

Speaking to reporter Ahtra Elnashar, Graham dismissed national security concerns and said he’s known Biden for a “long time” and has no suspicions that anything “sinister” is going on with his mishandling of classified documents.

“What are your national security questions?” Elnashar asked the Senator from South Carolina. Graham replied that his questions for Biden and Trump would be identical.

“Same thing for Trump,” said Graham. “I mean, why did you do it, what were in the documents, how were they held, and who had access to them?”

“Let me just say this. I’ve known President Biden for a long time. I don’t think there is–I’d be shocked if there’s anything sinister here,” Graham added.

Graham’s remarks come after he paid a visit to Ukraine to fawn over the corruption-plagued country’s president, Volodimir Zelensky, demanding that the United States further fan the flames of a potential Third World War with Russia by giving Ukraine tanks.

All three of us, one Republican and two Democrats, share the same goal – for Ukraine to drive the Russians out of Ukraine.

To achieve that goal, the Ukrainian military needs tanks. pic.twitter.com/WsrJBmgvj4

45th President Donald Trump is expected to hold a rally with Graham on January 28 in South Carolina, an event that is said to be the next big step in Trump’s 2024 presidential campaign.

Related  Gaetz Shows Grace: No 'Punishment or Reprisal' for Rogers After Congressional Lunge

President Trump, whose Mar-a-Lago resort in Florida was raided by federal agents over the alleged mishandling of classified documents, maintains that he used his authority as President of the United States to declassify all documents found in his home.

Biden, who has been allegedly caught with classified documents from his time serving as Vice President, going back to his tenure as a U.S. Senator, had zero declassification authority prior to him becoming President in January 2021.

Similar to Biden, Pence did not have the authority to declassify any documents during his time as Vice President.