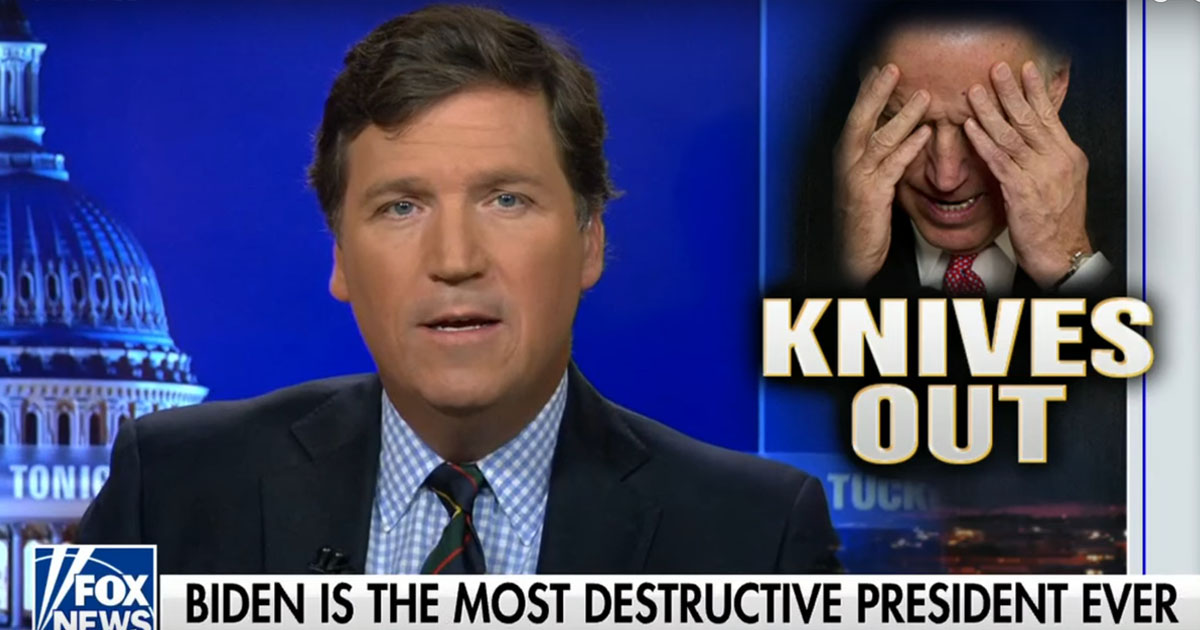 “If you’re a normal person, it’s a pretty weird experience watching Joe Biden’s presidency get euthanized by his own party,” Carlson said. “On one hand, there’s an undeniable thrill to it. You have to admit that.”

Carlson further noted that “Biden is the most destructive president in American history. More things have broken under his watch than under any other president.”

“Joe Biden deserves to be driven from office and disgraced, but for this?” Carlson queried. “Breaking federal classification rules, some of the stupidest and most dishonest laws Congress has ever passed? It’s like arresting El Chapo for expired plates.”

As previously reported by Valiant News, piles of improperly stored classified documents continue to be unearthed at Biden’s private residences, and his press secretary continues to dodge questions about the implications.

“This bunch was in his office at Penn, the one paid for by the Communist Party of China,” Carlson said, describing one such batch of documents. “These were found next to his sad, little midlife crisis sports car in a garage in Delaware and so on. You keep waiting for the White House physician to announce another document trove has been discovered after a routine colonoscopy. It could happen because at this point, you know exactly where this story is heading.”

The Fox host noted, “Permanent Washington does not want Joe Biden to run for president again. This is how they’re sending that message.”

“Even CNN has decided to become interested in Joe Biden’s misdeeds two years into his presidency,” Carlson said. “They’re doing segments in how classification laws protect this country from its mortal enemies like Russia.”

“So, you know for certain the order has gone out,” Carlson concluded. “Biden is done. What a missed opportunity this is. If you’re looking for crimes that Joe Biden has committed, there is a very long list.”