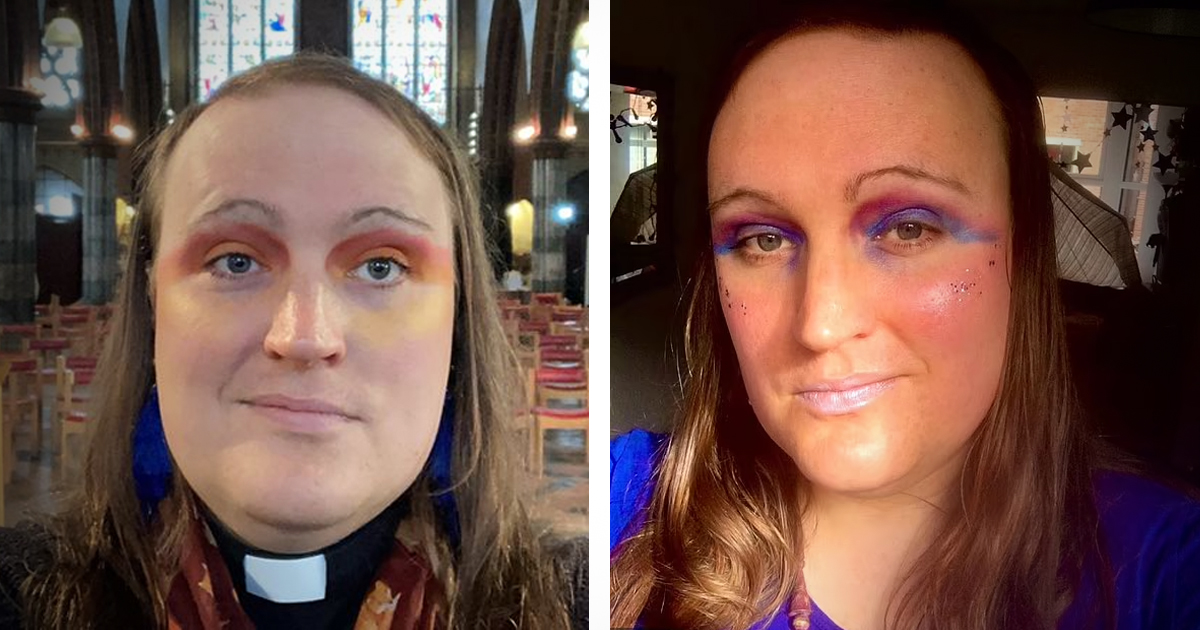 Bingo Allison, the first “non-binary” priest in the Church of England, has been accused of “grooming” children, by “normalising” being LGBT.

Allison, 36, works as a priest in the port city of Liverpool, and identifies as “non-binary” and “gender-queer,” using they/them pronouns, despite being a biological male. Allison told the Liverpool Echo in a profile piece on Sunday that they used to be “traditional” and “conservative” until coming across the term “gender-queer” seven years ago, when “everything suddenly clicked.”

It was while Allison was reading Genesis, and the discussion of “maleness and femaleness,” that an epiphany was had on their “non-binary” nature. “It was a deepening spiritual experience, I properly felt God was guiding me into this new truth about myself,” Allison said.

Speaking to BBC Radio Merseyside in 2021, the Liverpool priest said it was “difficult” for their wife to begin with, but that it wasn’t “completely alien” to their three young children, as the couple had already taught them about transgender individuals.

Does Bingo make you more or less likely to attend the Church and do you see them as an evangelist for Christ like St Paul or St Peter? pic.twitter.com/oJtUN6aOzF

Allison claimed that the Church of England was “open” about coming out as non-binary, adding that “it was really important for [them] to go to a Diocese like Liverpool, which does so much to support and empower LGBT people.”

However, criticism was raised after Allison told the Echo that they get involved with “secular LGBT youth groups” to teach children about being LGBT.

“One of the biggest things is just being a visual representation in my community and going into schools, doing assemblies and making a huge difference in normalising it for children,” Allison said. “When I’m wearing my collar it lets children know that is okay and that there is a place in church and the outside world for people like me.”

Reverend Calvin Robinson, a GB News commentator and former Church of England trainee priest, who was blocked from becoming ordained in the Church due to his “anti-woke” views, suggested that Allison’s interaction with children with tantamount to “grooming.” Other Twitter users implied that it was a “red flag” and an “ick” for Allison to be “normalising” LGBTQ issues to kids.

“the first openly non-binary priest to be ordained in the CofE” seems like vainglory.

“The 36-year-old attend schools and assemblies … in the hope they can inspire others who find themselves in a similar situation” seems like grooming.

Allison further identifies as autistic, and previously suggested investigating as to whether Christ himself was autistic. “What if a neurodivergent hermeneutic started with the assumption that,
unless specifically informed otherwise, certain characters were neurodivergent?” Allison questioned.

“To discover a Jesus who is misunderstood like me, stims like me, gets overloaded like me, makes eccentric connections like me, who is different like me, and to count none of this a weakness: this has revolutionised my spiritual, ministerial, and personal life,” they concluded.

This daring theological interpretation occurred during a panel organised by the Inclusive Church group, an avowedly progressive organisation, led by a self-identified “pacifist feminist socialist” man. Valiant News reported last month that a church in Loughborough, part of the network, changed the lyrics in a classic Christmas carol to celebrate “queer people” and women.

Our partners at Open Table are doing a fundraiser for Advent. Please support it here: https://t.co/HjVJxjQTnz
[The image below is of a nativity scene with the text 'give the gift of hope, peace, joy and love to lgbtqia+ people this Christmas']

In this article:Church of England, Commentary, Featured, Grooming, LGBT, Non-Binary