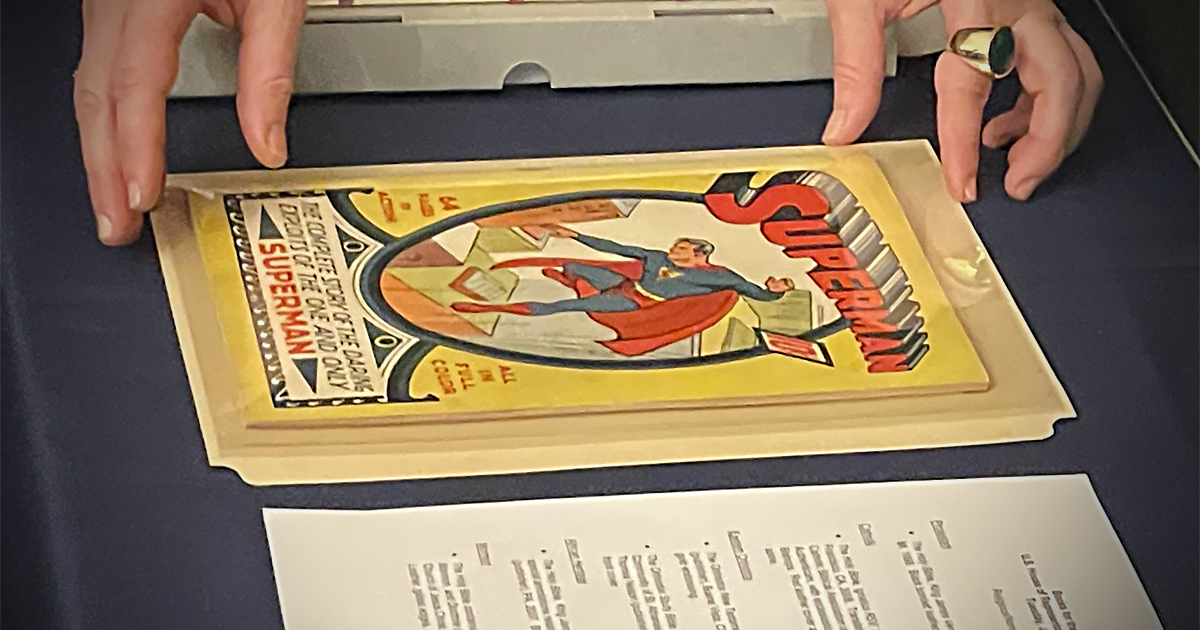 Representative-elect Robert Garcia, the first gay immigrant elected to Congress, will swear his oath to the Constitution on top of the first issue of the Superman comic.

After newly elected members of Congress have arrived at the Capitol, they swear an oath, bearing “true faith and allegiance” to the Constitution, converting them from Representatives and Senators-elect, to properly initiated Congressmen.

Traditionally, rare copies of holy books, such as Martin Luther King Jr’s Bible, or Thomas Jefferson’s Quran, are available for members to swear their oath onto. However, reporter Matt Laslo spotted an original 1939 copy of the first Superman comic, being lined up amongst the other books, seemingly prepared for one member to take their oath of office with.

DEVELOPING: A member of the House of Representatives is taking their oath on a classic Superman comic book pic.twitter.com/MUJIv8VIlA

Representative-elect Robert Garcia was eventually identified as the Congressman in question. Garcia, the former mayor of Long Beach in California, is the first gay immigrant to have ever been elected to Congress.

“Congressman Robert Garcia will be sworn in on the Constitution,” said Sara Guerrero, a spokeswoman for Garcia. “With him he will be bringing a photo of his parents who he lost to COVID, his citizenship certificate, and an original Superman No. 1,” she added.

Guerrero noted that Garcia “learned to read and write in English by reading Superman comics so it’s especially exciting he was able to borrow this rare copy from the kind folks at the Library of Congress.” The comic, one of the rarest in the world, is worth over $5 million.

Following his election in November, Garcia seemed especially excited to check out the various comics available at the Library of Congress in Washington DC, tweeting that he was “freaking out” at the opportunity to read original Superman and Spiderman comics.

Ok y’all I’m freaking out. This is the Congressional members reading room in the Library of Congress. I can pull any comic book from what is the largest public comic collection in the country and read them here. Let’s go! pic.twitter.com/SyIrCvHkfT

“For all of you upset that I still read comics and suggesting that I need to do more serious reading,” Garcia added, “anyone who understands comics knows that comics are an essential part of American fiction. And the lessons learned are invaluable.”

The California Democrat claimed that comics were “serious sh*t.”

For all of you upset that I still read comics and suggesting that I need to do more serious reading…..um…….anyone who understands comics knows that comics are an essential part of American fiction. And the lessons learned are invaluable. It’s serious shit.

However, no member of the House of Representatives has yet been able to officially take their oath, due to the continuing battle for Speaker.

Rep. Kevin McCarthy of California, the establishment Republican pick for Speaker, has lost six votes in a row at the time of writing, with no end in sight to the political deadlock.