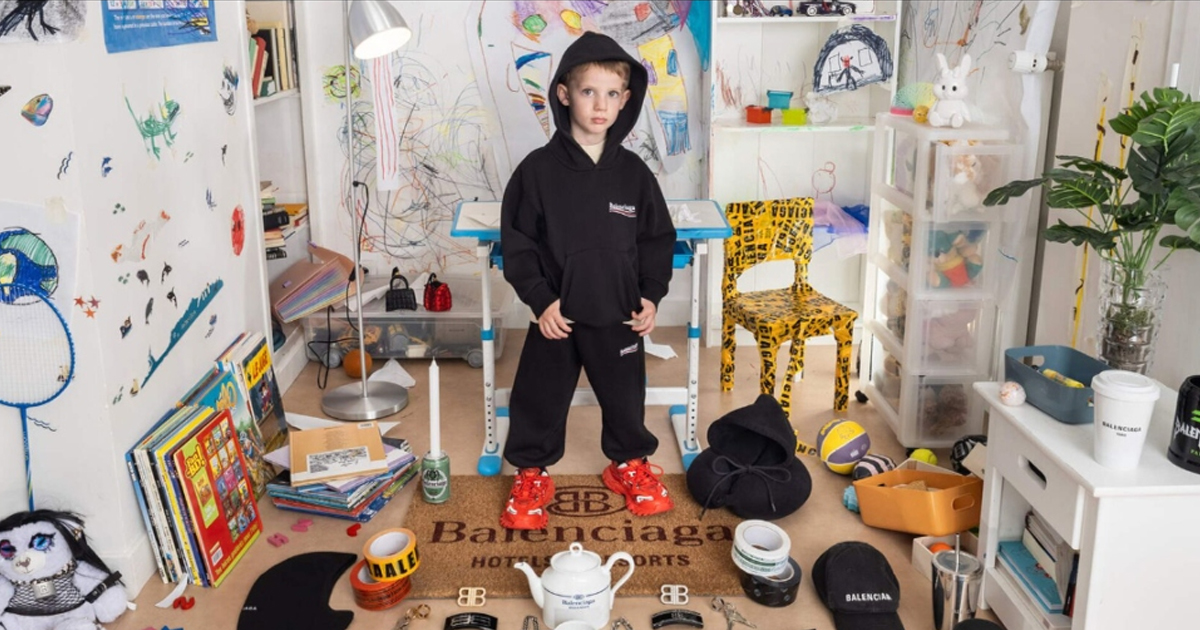 The images have resulted in widespread concerns that Balenciaga is promoting pedophilia on their website.

In one photo, a young red-headed girl can be observed standing on a bed while holding a teddy bear donning fishnets and leather straps on its wrists and ankles. In a separate photo, another little girl can be seen holding a purple stuffed animal wearing BDSM-style leather straps.

The text on the paper states:

THEY DELETED ALL OF THEIR INSTAGRAM POSTS LMAO pic.twitter.com/ZWfgROhngr

“Balenciaga’s ad campaign comes at a time when the apparent normalization of youth exposure to ‘kink’ has become a point of issue for those concerned about child safeguarding,” wrote the feminist publication Reduxx.

While the designer brand has removed most of the child content from their site, one image featuring a little boy and a bondage bear remains.

Though a common brand commonly associated with luxury, Balenciaga recently made headlines when it severed its relationship with artist and fashion mogul Kanye West after his allegedly anti-Semitic comments.