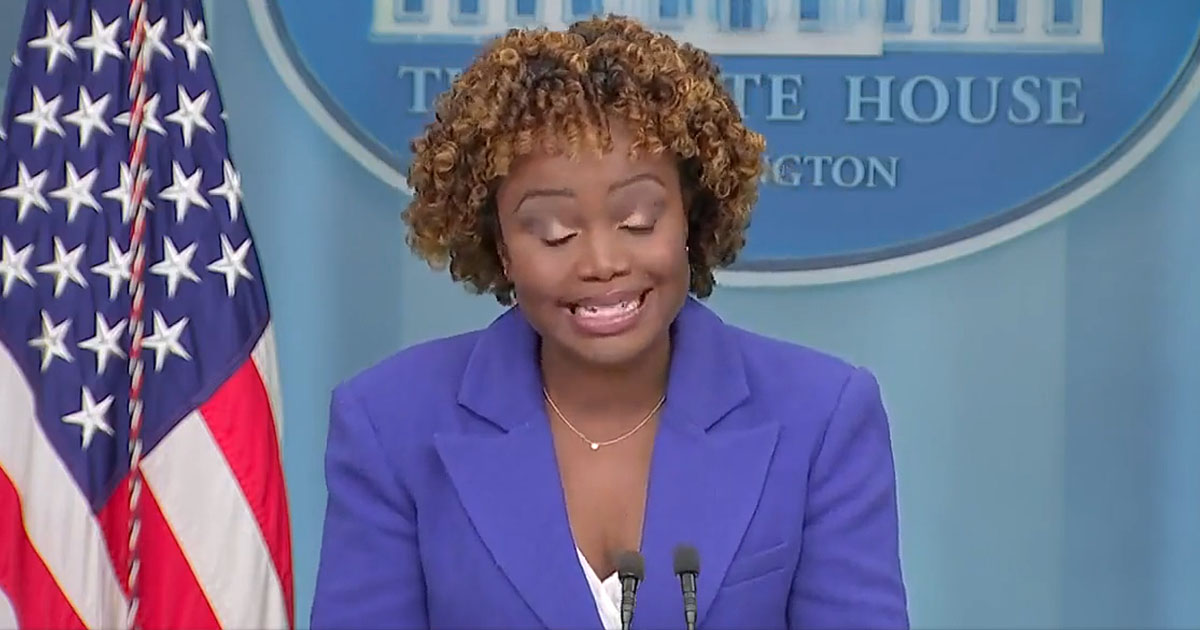 White House Press Secretary Karine jean-Pierre did not appear to know how to correctly pronounce the word “Nobel” in Nobel Prize on Monday, repeatedly pronouncing it as “Noble.”

The White House spokeswoman did not correct herself on the pronunciation, nor did any members of the corporate press present in the briefing room call her out on the blunder.

Someone should let Karine know that "Nobel Prize" and "noble prize" do not mean the same thing. pic.twitter.com/K2rW80I2CB

“As you know, the good news is, in August the economy created 315,000 jobs, which is important,” Jean-Pierre declared. “We have created nearly ten thousand million jobs since President Biden took office, which is the fastest job growth in history.”

The claim, which would equate to ten billion new jobs in a country totaling under 400 million people, was quickly debunked.

In August, Jean-Pierre falsely claimed that the administration’s $300-900 billion student loan bailout will provide relief for “relief to 90% of Americans that are making less than $75,000 a year.”

“It’s a very targeted plan that’s going to give relief to 90% of Americans that are making less than $75,000 a year,” the most diverse and intersectional press secretary in American history claimed.