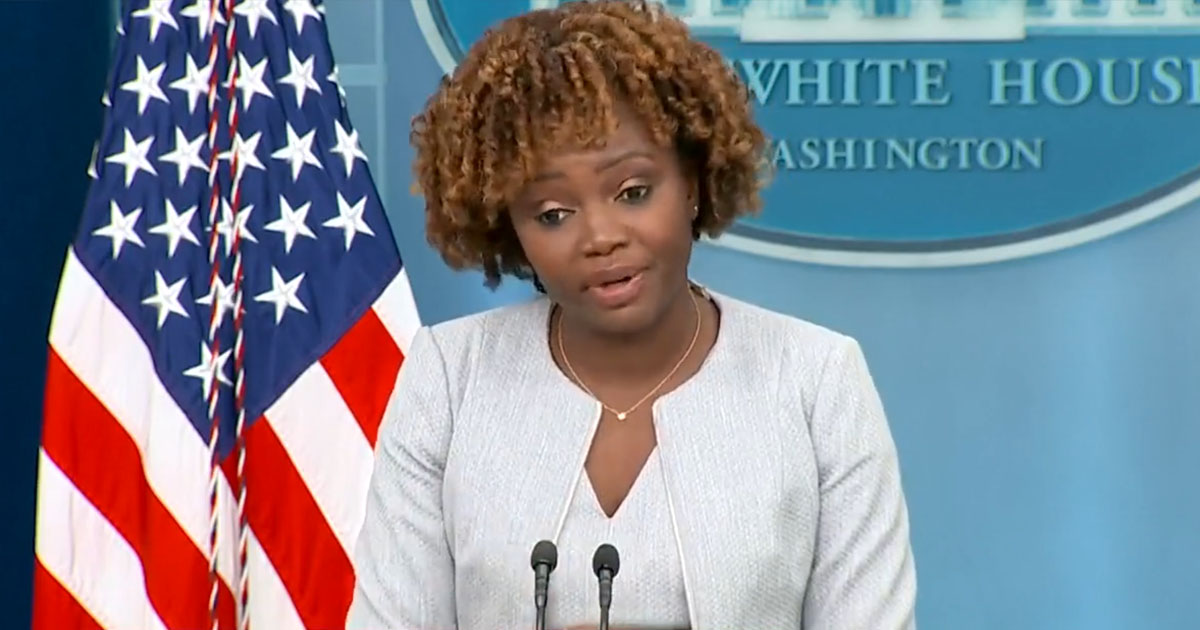 Biden press secretary Karine Jean-Pierre falsely claimed that the administration’s $300-900 billion student loan bailout will provide relief for “relief to 90% of Americans that are making less than $75,000 a year.”

“It’s a very targeted plan that’s going to give relief to 90% of Americans that are making less than $75,000 a year,” the most diverse and intersectional press secretary in American history claimed.

In an exchange with Fox News reporter Peter Doocy this week, Jean-Pierre brought up the 90 percent number in the context of the students the handout would actually affect, and not the entire US population as she insinuated on Friday.

Doocy: "And you might spend $300 billion to $900 billion extra. So, you can do that and not increase the deficit?"

KJP: "Here's the thing. What we are trying to do here — we are doing this responsibly. You heard directly from the President[.]" pic.twitter.com/J7c4IAQKDy

Doocy: "But when you forgive debt, you're not just disappearing debt, so who is paying for it?

KJP: "And then I will give you the second part. We have lifted the pause…at the end of this year, which is going to matter…which is going to offset a lot of what we are doing[.]" pic.twitter.com/tT8T4R8g2a

Doocy: "But someone is paying for it. Who?"

KJP: "–out for you. No, Peter, I just laid out for you how we're seeing this process and why this matters."

She went on, “We are doing this responsibly. You heard directly from the president this is something that is going to be important for middle-class Americans. When you think about 90 percent of the folks who are going to actually benefit from this are making $75,000 or less, and you think about what Republicans did just a couple of years ago, they signed off on a $2 trillion tax cut for the wealthy and did not provide any way to pay for that.”