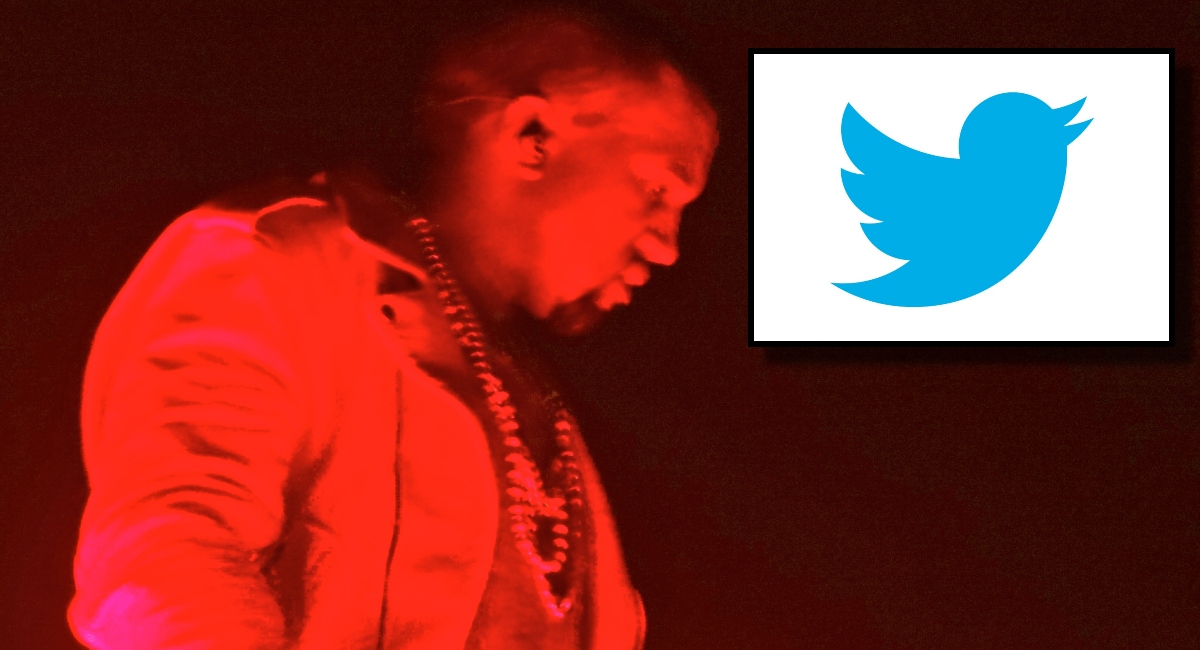 Twitter appears to have removed a post by Ye, the artist formerly known as “Kanye West,” after the billionaire rapper and fashion icon compared accusations of of anti-Semitism levied against him to anti-black racism.

We have no words for how depraved this is. pic.twitter.com/g0SSQMhdnf

Ye’s banned tweet comes amid widespread backlash over his alarming allegations against celebrity fitness trainer Harley Pasternak, who allegedly threatened to have him “institutionalized” and “drugged out of” his “mind” over his recent comments about Jews.

In a series of tweets, Ye claimed to have been “misdiagnosed” after throwing his support behind 45th President Donald Trump. He claims he was subsequently drugged to make him “a manageable well behaved celebrity.”

So I will say this again I was mentally misdiagnosed and nearly drugged out of my mind to make me a manageable well behaved celebrity pic.twitter.com/3kRuxoLcts

“What should be obvious by now is that I was raised to stand for my truth regardless of the consequences,” Ye wrote on Twitter. “So I will say this again I was mentally misdiagnosed and nearly drugged out of my mind to make me a manageable well behaved celebrity,” Ye wrote, including a screenshot of what allegedly is a text message exchange between him and Pasternak.

But GOD has put something on my heart not to backdown pic.twitter.com/HiKnVuAOls

In the screenshot, Pasternak allegedly threatened to have Ye “institutionalized again where they medicate the crap out of you, and you go back to Zombieland forever.”

Ye has taken to several media outlets to criticize what he described as a collective of Jewish handlers who exhibit a type of “mob culture” over celebrities, punishing them when they step “out of line.”

The rapper has stated his intention to see that business contracts between these alleged figures and celebrities be restructured in order to regain “control” over “our own names and our likeness.”

Like Dave Chapelle said, we need to stop giving up control over our own names and our likeness pic.twitter.com/7eAkBn6goE

Ye has been branded a dangerous anti-Semite by several Jewish organizations over his remarks, while simultaneously and unapologetically revealing what he believes to be evidence of his claims.

On Friday, Ye claimed that former NBA player Shaquille O’Neal launched a media attack against NBA player Kyrie Irving over “antisemitism'” because of their “business alignments.”

They make us bully ourselves because of our business alignments pic.twitter.com/NG5c0V1Wa8

The controversial and outspoken billionaire artist has particularly come to the defense of Irving in recent days in light of the NBA star’s 5-game suspension over what the Brooklyn Nets says is his refusal to “unequivocally say he has no antisemitic beliefs.”

JOHN 19:19
"And Pilate wrote a title, and put it on the cross. And the writing was,
JESUS OF
NAZARETH THE KING OF THE JEWS" pic.twitter.com/tE72MBaIye

This in not hate We are love God is love pic.twitter.com/gjdSuQ9ICr

Some online personalities have come to the defense of Irving and Ye, and have suggested that the ongoing campaign to label them as “anti-Semitic” could be a form of racism, deployed in order to silence black voices who speak out against corporate interests.

Remember Kyrie and Kanye the next time these bought-and-paid-for Negroes in the media act like they loved Muhammad Ali, Malcolm X, JFK, MLK, or anyone who actually challenged the establishment. They bow to Amazon, China, Nike, and Godless elites. Idolatry.

“Remember Kyrie and Kanye the next time these bought-and-paid-for Negroes in the media act like they loved Muhammad Ali, Malcom X, JFK, MLK, or anyone who actually challenged the establishment. They bow to Amazon, China, Nike, and Godless elites. Idolatry,” tweeted black conservative radio host Jason Whitlock.

Related  Man Dick Cheney Once Shot While Hunting Dies at 95

Though Twitter was recently purchased by free speech absolutist Elon Musk, he has pledged that the platform will continue to fight hate speech as it did before the purchase and announced plans to introduce a “content moderation council” that would weigh in on high profile decisions.