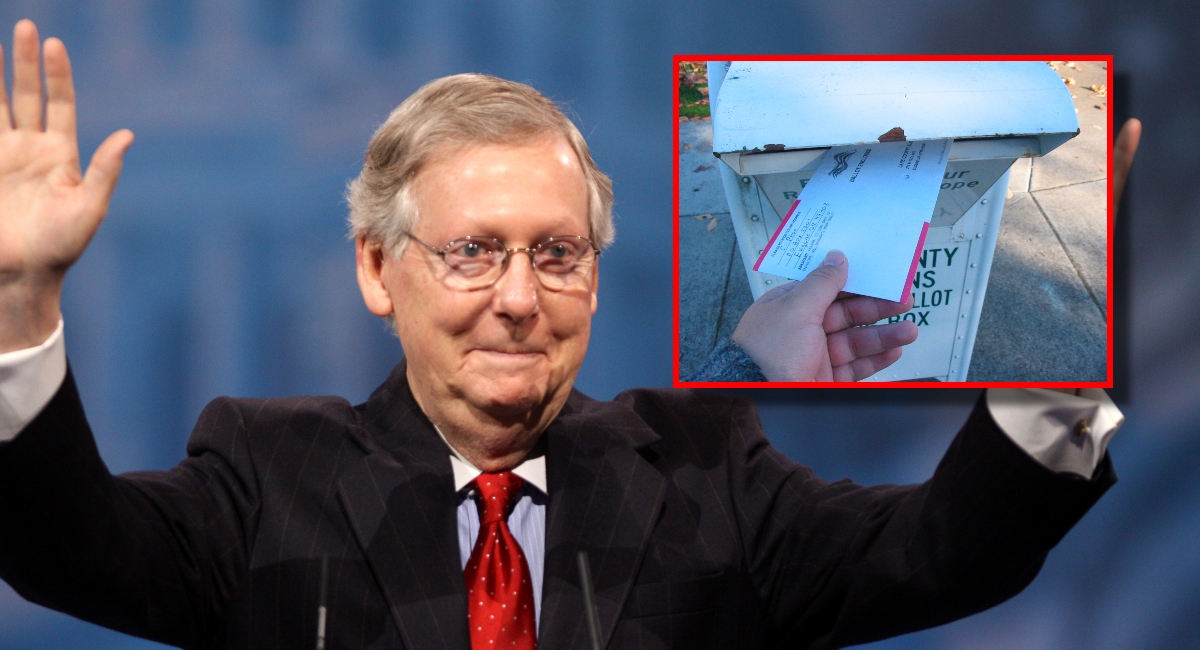 “Even Jimmy Carter, in his and other highly respected pol’s and professional’s Report, said Mail-In Ballots cannot be trusted. There will be massive cheating. A ten year old child would understand that,” Trump wrote.

The former president added that Republicans must stop the widespread use of fraud-prone mail-in voting to restore American election integrity, slamming McConnell and former Vice President Mike Pence for certifying what he maintains were Joe Biden’s fraudulent 2020 electoral slates.

“When will Republicans learn? If they don’t stop this mail-in SCAM now, there won’t be any Republicans left. Get rid of McConnell. He should never have accepted what was sent to him by Mike Pence. He should have fought like hell, like the Dems would have. Losers are Losers, that will never change!” Trump added. 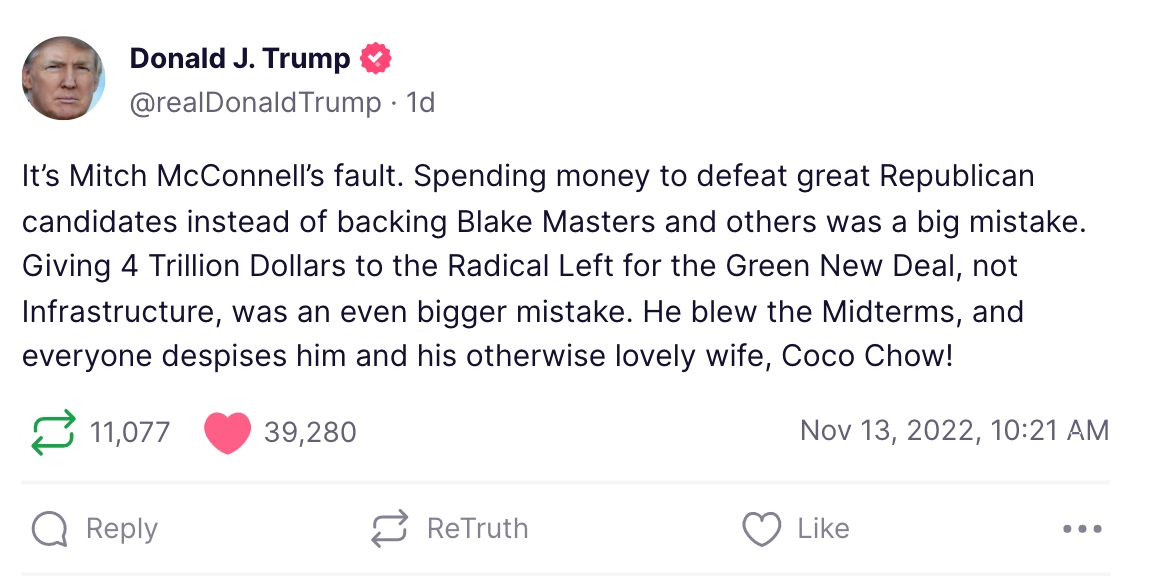 “Just another Giant Election Scam. Wake up America!!!” the 45th President wrote in a subsequent post.

Trump detailed his grievances with McConnell in a follow-up post, describing the Minority Leader’s efforts to spend money against his endorsees such as Arizona Senate candidate Blake Masters. 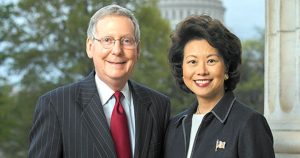 Trump has been on the defensive in recent days amidst widespread criticism from establishment Republicans over the midterm results.

“Never felt good about Winsome Sears. Always thought she was a phony. Now I find out she is,” President Trump wrote in a post linking to a Newsweek article titled “MAGA world enraged after Republican VA Lt. Gov. dumps Trump.” 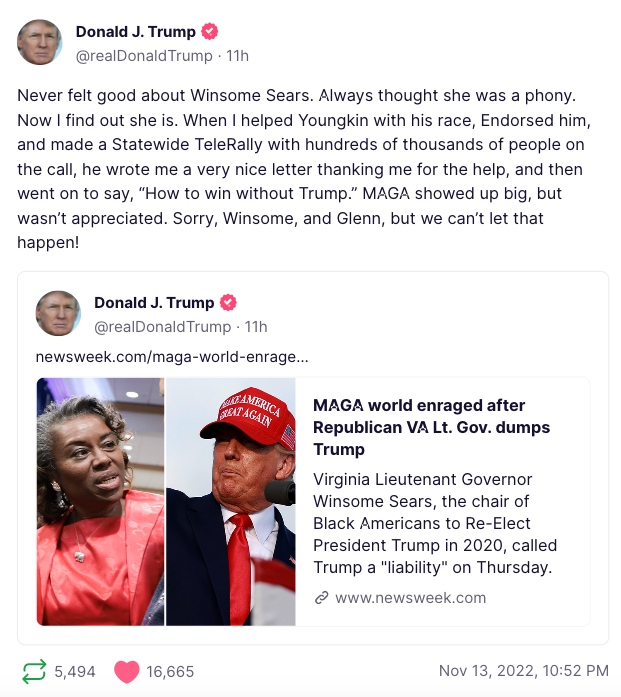 “When I helped Youngkin with his race, Endorsed him, and made a Statewide TeleRally with hundreds of thousands of people on the call, he wrote me a very nice letter thanking me for the help, and then went on to say, ‘How to win without Trump.’ MAGA showed up big, but wasn’t appreciated.”

“Sorry, Winsome, and Glenn, but we can’t let that happen!” the 45th President stated.