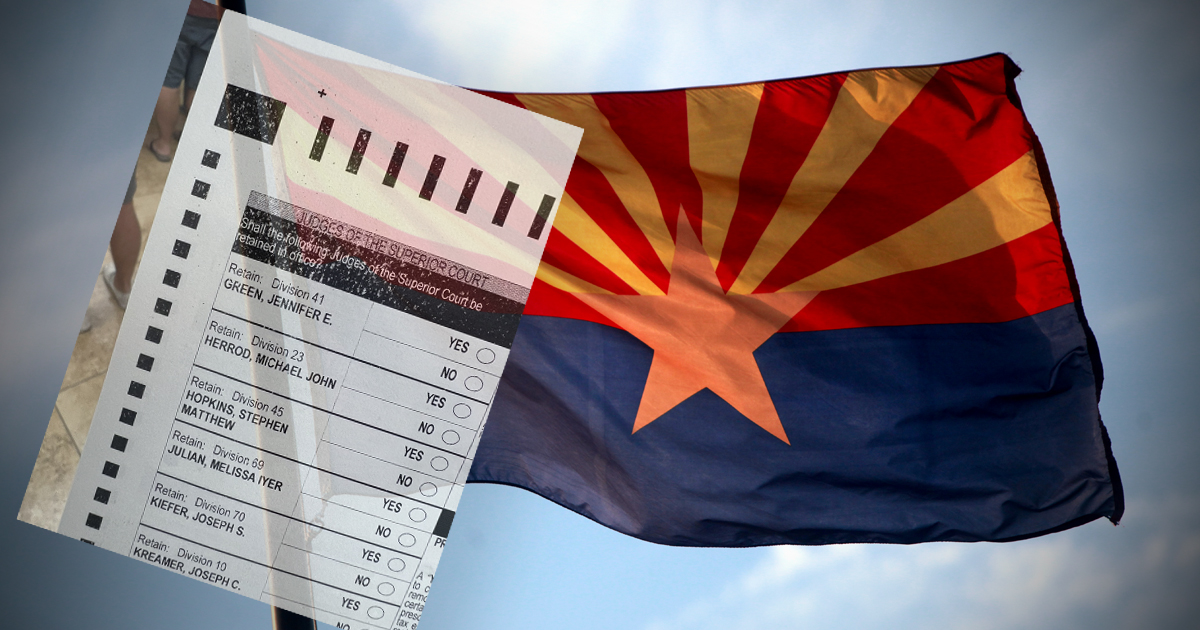 Voters in Arizona’s Maricopa County are reporting ballots being misprinted to such a state that machines are rejecting them from being tabulated.

Tyler Bowyer, the COO of Turning Point Action, tweeted on Tuesday showing his experience when attempting to vote in Maricopa County, revealing that his ballot had been severely misprinted. “The reader rejected it, and had we not inspected the ballot before voting we likely would have been told just to leave the ballot behind,” Bower said.

After speaking to the Poll Chief at the polling station, who reprinted a new ballot for Bower, she said that the misprinting was an “ongoing issue” with the printers at the station.

I just voted in person in MESA & this is how it printed. The reader rejected it & had we not inspected the ballot before voting we likely would have been told just to leave the ballot behind

The Poll Chief reprinted a new ballot. She said this is an ongoing issue with printers! pic.twitter.com/Gpy2vUcYzL

Do not give up. Make them reprint proper ballots. STAY IN LINE. DO NOT GIVE UP. WIN! https://t.co/lhlzxHyEPF

Further reports have come in from Maricopa County confirming that around 20% of polling locations are experiencing problems with the tabulation machines, which Bower noted to Charlie Kirk was creating “extraordinary” and “dysfunctionally long lines.”

“This is part of the problem as why people are not having their ballots being read,” Bower added. “You have bad equipment, faulty equipment, machines that need to be replaced, and the poll judge there told me that they’ve requested it hours ago for replacement, and they can’t even get people to pick up the phone from Maricopa County.”

Many Republicans, especially those who are concerned with election integrity, have issued voting advice to those experiencing misprinted ballots and other issues in Maricopa County, recommending that they should either try another polling station if they have not checked in, or if they have, to use accessible voting machines at the site, or leave the ballot to be tabulated later by hand.

2/ If you HAVE already checked in at a Maricopa County voting location where the tabulators do not work, you can (1) wait for your ballot to be tabulated on site, (2) ask to use the disabled voting machine, or (3) leave your ballot in a box to be counted later at HQ.

4/ and if you are leaving your ballot in the box to be tabulated later, we have trained Republican volunteers who will follow and track the transportation of these ballots and monitor their counting. This was pre-arranged given prior issues in Maricopa County. Do VOTE!

Valiant News reported earlier on Tuesday of the issues seen in Maricopa County, with one poll worker telling voters that while they have two machines available, “one is down and the other is spitting out 25% of ballots” that it was attempting to tabulate.