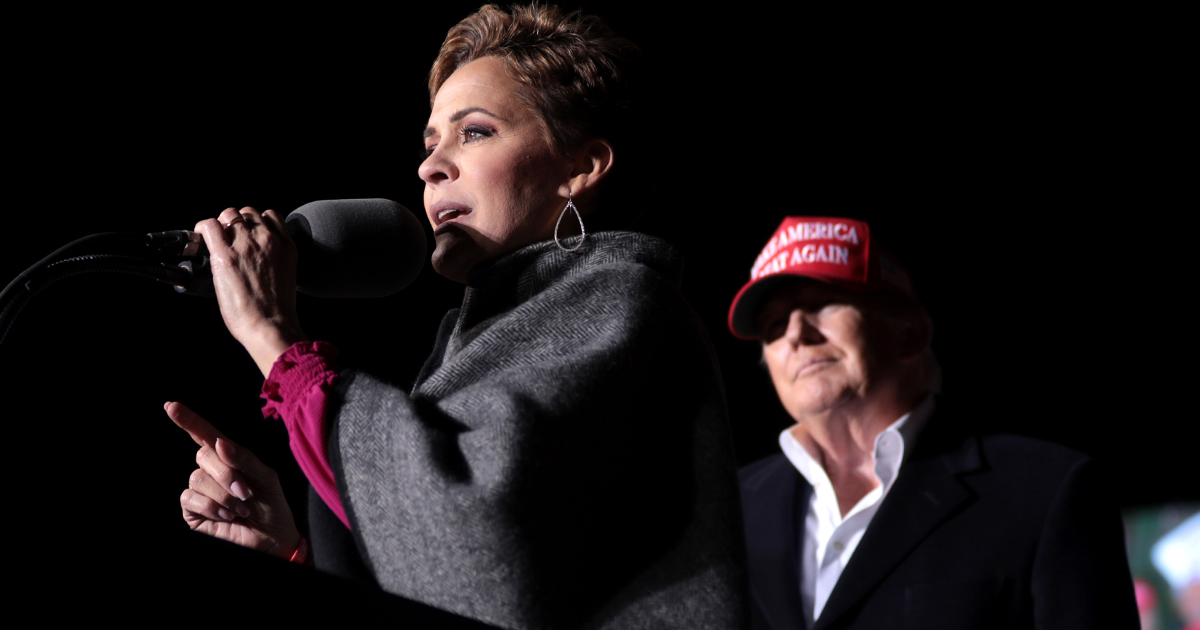 Last night Kari Lake was spotted sharing a meal with President Donald Trump at his Mar-a-Lago resort in Florida during the post-election legal fight still brewing in the state.

The photograph was posted to Twitter by Kingsley Cortes, an employee at conservative social media website GETTR, who noted that Trump, Lake, and a member of Brazil’s Bolsonaro family were in attendance together. Like Trump and Lake, some claim election malfeasance occurred during the most recent Brazilian election, leading to President Jair Bolsonaro’s razor thin loss.

Lake reportedly received a standing ovation when entering Mar-a-Lago for the an event held by Stephen Miller’s America First Policy Institute, per the Wall Street Journal. Lake reportedly said she went to Florida to look into “possible voter disenfranchisement in the Arizona,” according to Western Journal.

Lake’s visit with Trump at Mar-a-Lago coming so close after the 45th President declared he is running for the White House again in 2024 has some wondering if Lake and Trump are considering an alliance heading into 2024.

While major media outlets called the Arizona gubernatorial race for Democrat Katie Hobbs, who refused to debate Lake and was dogged by accusations of racism throughout her campaign, Lake has refused to concede.

Related  Stacey Abrams: My Ex-Boyfriend Predicted 'I Would End Up Alone And Lonely'

Lake and many Republicans maintain that their voters were disenfranchised by a long series of computer, human, and technological errors that contributed to hours-long waits in voting lines.

Others point to a judge who ruled against extending voting hours despite the extent of the issues on Election Day.

Yesterday morning, prior to her trip to Mar-a-Lago, Lake released a video that seemed to acknowledge the odds she faces, but pledged to continue fighting for voters she and Arizona Republicans maintain were disenfranchised by Election Day voting errors caused by either malfunctions or malfeasance.

Arizona, we are still in the fight. pic.twitter.com/ytaGvqG5J0

“I am still in this fight with you,” Lake said. “For two years I’ve been sounding the alarm about our broken election system here in Arizona, and this past week has confirmed everything we’ve been saying.”

She noted that she called for Hobbs to recuse herself from running the election, and declared “the fox was guarding the hen house,” then noted that her campaign sued to have the voting machines that malfunctioned during the November 8 election removed prior to Election Day.

“Rest assured, I have assembled the best and brightest legal team,” she promised. “My resolve to fight for you is higher than ever.”