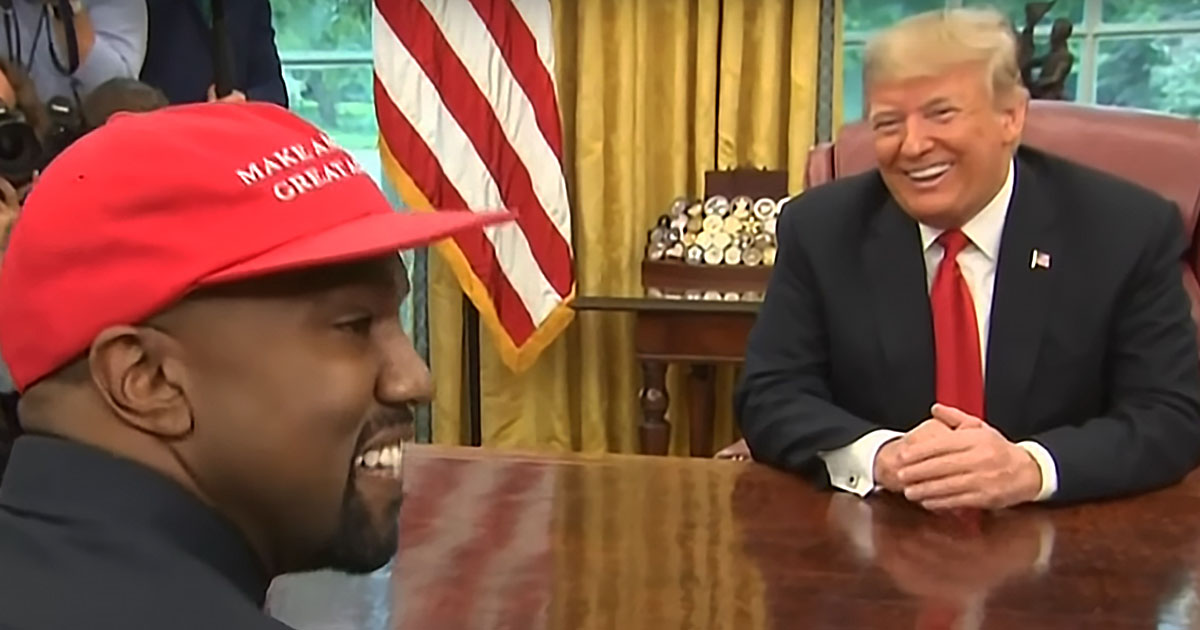 Hip-hop artist and fashion designer Kanye “Ye” West revealed in a Twitter post this week that he had previously discussed the prospect of sharing a 2024 presidential ticket with former president Donald Trump.

“First time at Mar-a-Lago Rain and traffic Can’t believe I kept President Trump waiting,” Ye wrote in a tweet on Tuesday. “And I had on jeans Yikes What you guys think his response was when I asked him to be my running mate in 2024?”

The poll has accumulated almost 800,000 votes as of press time, with “That’s very Ye” in the lead.

And I had on jeans Yikes

What you guys think his response was when I asked him to be my running mate in 2024?

You don't have to agree with trump but the mob can't make me not love him. We are both dragon energy. He is my brother. I love everyone. I don't agree with everything anyone does. That's what makes us individuals. And we have the right to independent thought.

West revealed in October that he was blacklisted from being interviewed by Candace Owens by Owens’ employers at the Daily Wire, which was founded by Hollywood native Ben Shapiro.

Ye made the revelation during an appearance on the Lex Fridman podcast.

“They told Candace Owens I couldn’t be on the Daily Wire,” Ye said. “Like ‘you can’t even explain yourself, and we don’t care how you got to that point either,’ and that’s f**ked up.”

“They told Candace you can’t be on Daily Wire?” Fridman interjected.

“Yes, they did, that’s what they said,and you know what? You can have my voice raised or lowered, I’m gonna do it lower right, because what’s happening to me by – I’ll put in your words, ‘the media’ – is saying ‘not only can you not explain yourself, we don’t care how you got to that point,” West said. “‘You need to apologize and you can’t explain and that’s the end of the story, so just apologize so we can have Mel Gibson do some more films.’”