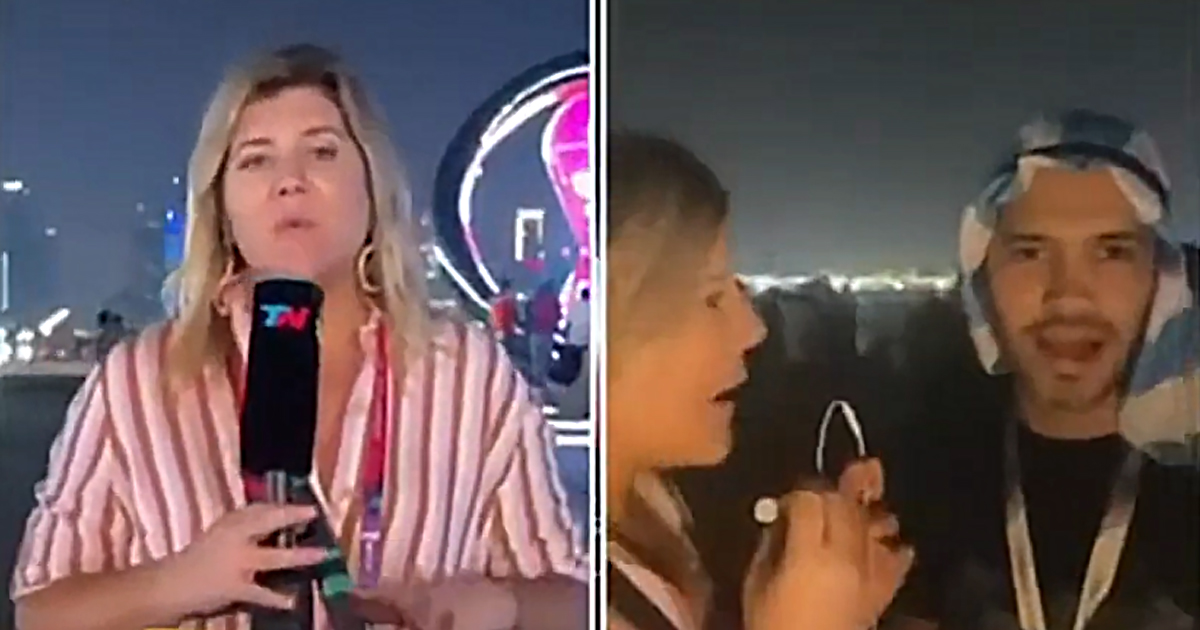 Argentine reporter Dominique Metzger was robbed while live on the air from Doha, the capital city of Qatar, as she provided coverage of the World Cup happening in that country.

Speaking to Todo Noticias, the Argentine television station where she works, Metzger explained that she was dancing with the crowd when someone allegedly bumped into her and managed to rifle through her purse, stealing money, her hotel key, and important documents.

Metzger said she “was dancing with the crowd” and is “convinced” that “someone opened the bag zipper and took my wallet,” and other property, according to a Daily Mail translation. Footage of the robbery apparently only shows Metzger dancing in the crowd.

Apparently, the pickpocket exploited Metzger’s distracted state, and managed to steal the items without alerting bystanders or being caught on the TV station’s cameras.

“I didn’t realize at that moment, you know you’re live on air, with music and crowds around you, and I was focused on you talking to me too. So I wasn’t paying attention,” said Metzger, per the Daily Mail. “After I finish my live report, I wanted to take my wallet to buy a water bottle and then I realized I didn’t have it.”

Many pundits are already calling Qatar’s turn at hosting the World Cup an unmitigated disaster, and crime is not the only reason.

The country’s puritanical adherence to Islamic social codes – and its apparent failure to clearly communicate its plans for the event – has left a warehouse filled to the brim with full cases of Budweiser beer meant to be sold to attendees.

New Day, New Tweet. Winning Country gets the Buds. Who will get them? pic.twitter.com/Vv2YFxIZa1

At the last minute, Qatar decided against alcohol sales, leaving the company with a large inventory of booze stranded in a country that forbids its consumption due to Muhammad’s influence.

Similarly, while the West is keen to promote its pet social issues at home, it has decided against it in Qatar.

England, for example, has decided against wearing the United Kingdom’s traditional LGBT armbands while in the Islamic country.