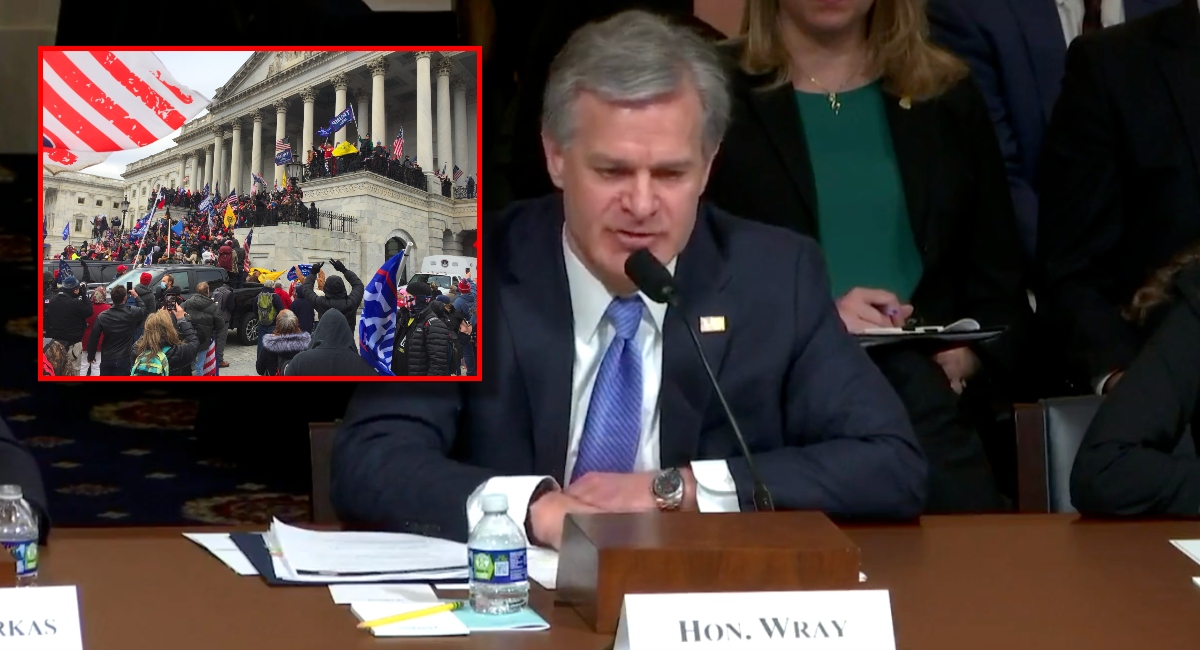 Confidential human sources are generally private individuals who, for whatever reason, are working with the FBI. Some may be paid, while others may be collaborating with the controversial agency as part of plea agreements to limit sentencing for alleged crimes committed.

“Congressman, as I’m sure you can appreciate, I have to be very careful about what I can say about when — may I finish — about when we do and do not and where we have and have not used confidential human sources,” Wray said.

Watch an excerpt of the exchange on Spreely.video:

“But to the extent that there’s a suggestion, for example, that the FBI’s confidential human sources or FBI employees in some way, instigated or orchestrated January 6, that’s categorically false,” Wray added.

“Did you have confidential human sources dressed as Trump supporters inside the Capitol on January 6, prior to the doors being opened?” Rep. Higgins asked.

Wray again refused to answer, cautioning that he needed to be “very careful” when answering questions about what, exactly, the FBI was doing as protesters overwhelmed a paltry police force and pipe bombs were being planted throughout the city.

“Again, I have to be very careful –.” Wray said, before Rep. Higgins quickly followed up by stating “It should be a no.”

“Can you not tell the American people no, we did not have confidential human sources dressed as Trump supporters positioned inside the Capitol?” Rep. Higgins said.

BREAKING: Chris Wray, when asked twice, would not say whether FBI agents/informants dressed like Trump supporters were inside the Capitol before the doors were opened on January 6.

Wray replied, “You should not read anything into my decision not to share information on confidential human sources” before Homeland Security Committee Chair Rep. Bennie Thompson, who happens to also head the January 6 committee, interrupted the exchange by claiming the Republican’s time was up.