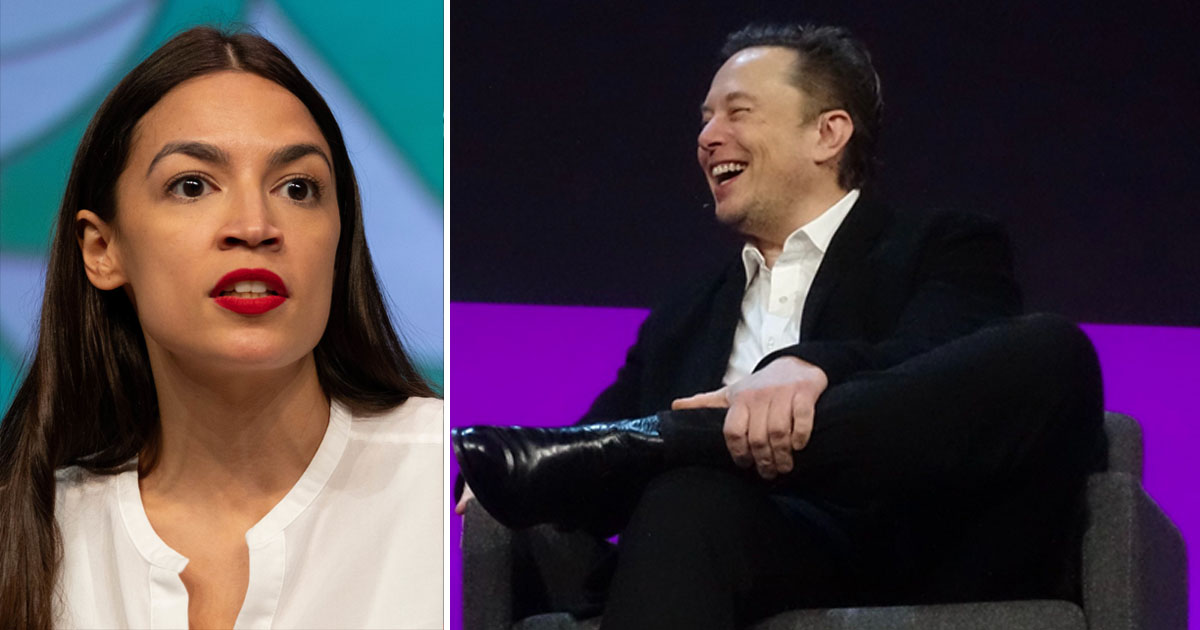 African-American tech entrepreneur Elon Musk shut down socialist Rep. Alexandria Ocasio-Cortez (D-NY) after she complained about the proposed $8 per month fee for Twitter elite “blue checks” to remain verified on the platform.

“Lmao at a billionaire earnestly trying to sell people on the idea that ‘free speech’ is actually a $8/mo subscription plan,” Ocasio-Cortez seethed in a post on the platform Tuesday evening.

On Wednesday, Musk clapped back with the response, “Your feedback is appreciated, now pay $8.”

Your feedback is appreciated, now pay $8

It’s not the first time Musk has chided the emotional, socialist congresswoman over her frequent attacks on his character.

“Twitter’s current lords & peasants system for who has or doesn’t have a blue checkmark is bullshit. Power to the people! Blue for $8/month,’ Musk tweeted on Tuesday.

“You will also get: – Priority in replies, mentions & search, which is essential to defeat spam/scam – Ability to post long video & audio – Half as many ads,” Musk wrote.

Agrawal previously served as the site’s Chief Technical Officer, and was described as “obsessively” focusing on using the platform’s resources to censor “hate speech and “misinformation.”