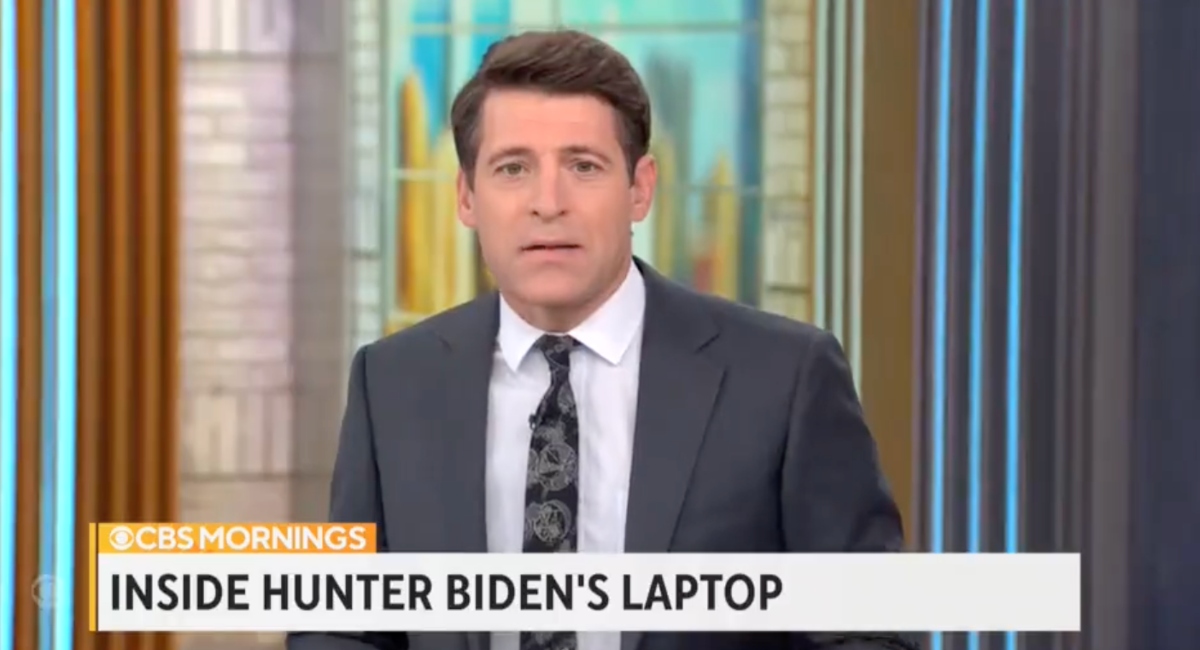 CBS News has officially “confirmed” the authenticity of the infamous laptop belonging to Hunter Biden, the son of President Joe Biden.

The outlet claims to have determined the legitimacy of the First Son’s controversial device two years after the New York Post first published it — precisely 769 days.

CBS News has obtained data from a laptop purported to have belonged to Hunter Biden. The data came directly from the source who said they provided it to the FBI under subpoena.@CBS_Herridge shares what was found during an independent forensic review.pic.twitter.com/RFi1OVRldG

“The laptop evidence we had analyzed showed no evidence it was faked or tampered with,” Herridge confirmed this morning.

According to her report, the independent digital forensic experts recovered several items from the device, including credit cards, social security information, and other personal information that was “consistent with everyday use of a computer.”

Initial reports about the laptop several hundreds of days ago were dismissed by Biden campaign supporters, including dozens of former “intelligence officials” as “Russian disinformation” despite it being entirely real.

Then they admitted it was his laptop, but argued it was Russian “disinformation.”

Then they admitted it wasn’t disinfo, but assured us Joe Biden wasn’t involved.

Now, it looks like Joe was involved, but they’re telling us he did nothing wrong.

In addition to CBS News, The New York Times had confirmed the authenticity of the First Son’s laptop eight months ago in March of 2022 — leading some Biden administration critics to accuse the mainstream media of suppressing the laptop revelations to assist Joe Biden’s presidential campaign ahead of the 2020 election.

All 535 elected men and women of the United States House and Senate received a bombshell report on the infamous “laptop from Hell” in October, which documents hundreds of the First Son’s alleged crimes in extensive detail.

After 13 months of intensive analysis, the dossier’s findings were published by watchdog group Marco Polo, led by former Trump White House staffer Garrett Ziegler. Several District and US Attorneys for the jurisdictions where Hunter’s alleged crimes took place were also sent a copy of the groundbreaking report.

“For the past thirteen months, Marco Polo—a nonprofit research group comprised of six men from across the U.S. dedicated to exposing corruption and blackmail—has been writing a comprehensive Report on the Biden Laptop and the crimes thereon,” Marco Polo explained in a statement upon the report’s release.

Contained within the report is concrete evidence of precisely 459 alleged business, sex, and drug-related crimes committed by Hunter Biden, the son of the President of the United States.

In total, the dossier is 630 pages long and contains 2,020 footnotes, which include several articles published by Valiant News, and separate works written by Valiant News reporters.