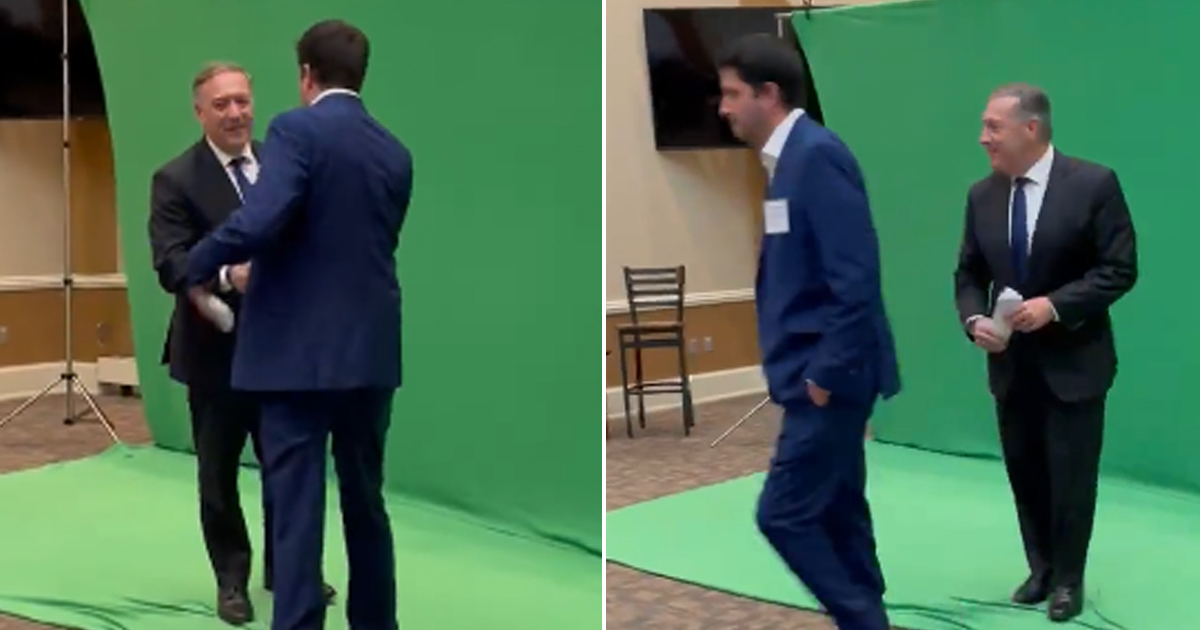 A process server successfully served a lawsuit on former Secretary of State and CIA Director Mike Pompeo, officially notifying the former him he is subject to a lawsuit claiming he was behind an effort to spy on journalists and lawyers who communicated with Assange while he sought refuge at the Ecuador embassy in the United Kingdom.

In the lawsuit, filed in August according to IT Wire, the plaintiffs allege that Pompeo used his position at the CIA to arrange a plot that included security firm UC Global and allowed the U.S. intelligence agency to spy on “Julian Assange and his visitors,” including journalists and lawyers, while the WikiLeaks founder was holed up in the Ecuador embassy.

Video of the event, shared by the official WikiLeaks Twitter account, reportedly shows Pompeo being served at the John Ashbrook Memorial Dinner in Ohio on October 29, IT Wire adds.

A longer video posted by the Assange Defense account on Twitter shows a man approach Pompeo, then reach to shake Pompeo’s hand with his right before quickly offering the lawsuit with his left. Pompeo appeared to smile briefly before offering the paperwork to a staffer.

BREAKING: Pompeo and the CIA SUED for spying on lawyers and journalists at the Ecuadorian embassy. We will keep you updated as this develops. pic.twitter.com/iqYXewbUCM

The lawsuit alleges that those wishing to visit Assange at the Ecuador embassy were allegedly forced to “surrender their electronic devices to employees of UC Global,” and it is further claimed that “these actions were authorized and approved by Pompeo” in his capacity as CIA Director.

Cassandra MacDonald, the Editor in Chief of Timcast.com and a writer for The Gateway Pundit, has expressed interest in joining the lawsuit as a plaintiff.

I should join this suit.

Reuters, when reporting on the lawsuit in August, noted that the CIA “is prohibited from collecting intelligence on U.S. citizens, although several lawmakers have alleged that the agency maintains a secret repository of Americans’ communications data.”

Richard Roth, the attorney representing the plaintiffs, told the outlet that “The United States Constitution shields American citizens from U.S. government overreach even when the activities take place in a foreign embassy in a foreign country.”

Despite opposing Donald Trump during the early stages of the 2016 primary, the then-House Republican from Kansas endorsed Trump shortly before the November election and was tapped by the Trump administration to become its CIA Director. 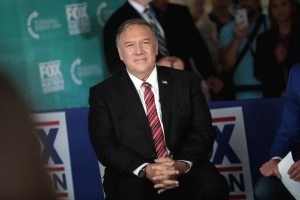 After a brief stint at the CIA, Trump appointed Pompeo to become his Secretary of State, a position he held until the end of Trump’s first term in January 2021.

Many speculate that Pompeo is preparing to mount a presidential campaign in 2024. He did not rule out the possibility when asked in September, and instead offered a friendly barb directed at Trump.

“Unlike others, if I go down an escalator, no one will notice,” Pompeo said, according to Politico, referencing Trump’s famous 2015 golden escalator ride just prior to announcing his campaign.

Recently, Pompeo has emerged as a leading figure pushing for further U.S. involvement in Ukraine. At a neoconservative conference, Pompeo recently declared that Ukraine, Israel and Taiwan are the three “lighthouses for liberty” that the United States must never allow to be extinguished.