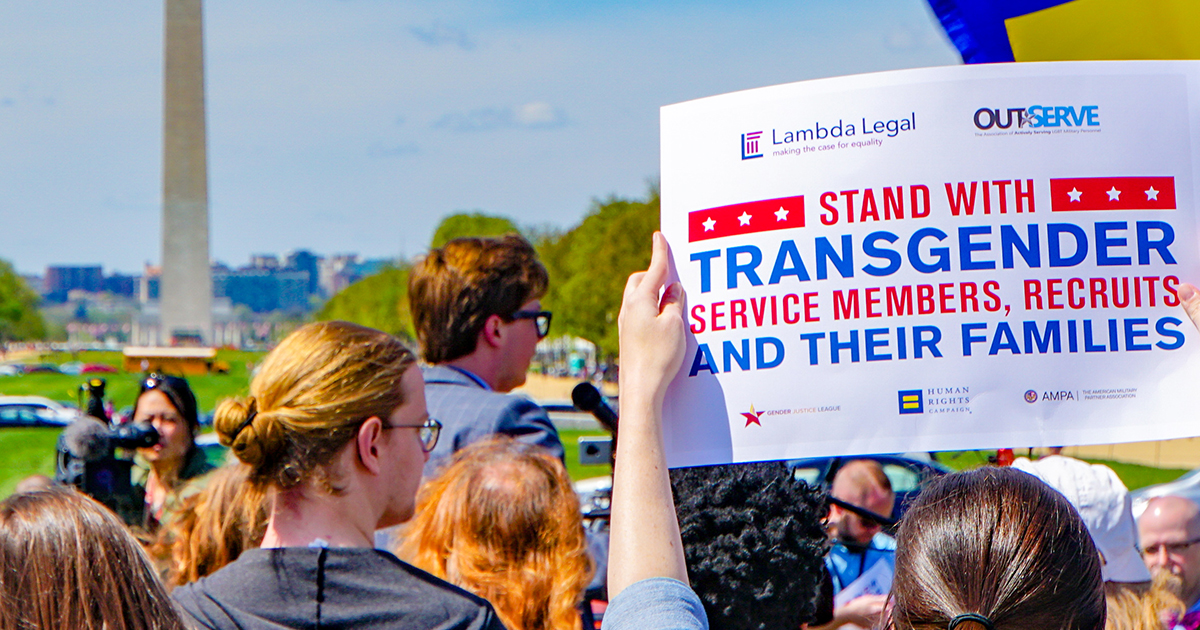 It has been confirmed that the Selective Service System will still draft individuals who were born male and later began identifying as another gender thanks to a social media kerfuffle that erupted over the weekend.

As world tensions continue to rise amid the escalating war in Ukraine, the United States Selective Service System thought it would be a good time to remind Americans via Twitter that their children would see no escape from a hypothetical draft.

Declaring that the end of one’s genetic legacy is no reason to avoid fighting for Uncle Sam, the program’s Twitter account informed parents that regardless of “if your son is an only son and the last male in your family to carry the family name, he is still required to register with SSS.”

Parents, if your son is an only son and the last male in your family to carry the family name, he is still required to register with SSS. Learn more about who needs to register at https://t.co/GYbRK99c09. pic.twitter.com/tzW6uKkyl5

The episode led many to question what implications the modern understanding of gender may pose for a draft should war with Russia or China necessitate such an action.

“Do you assume we are all biologists? How are we to know what is a ‘son?'” wrote right wing pundit Paul Ramsey. “It is 2022. Read a book and cool it with your transphobic tweets.”

Do you assume we are all biologists? How are we to know what is a "son?"

It is 2022. Read a book and cool it with your transphobic tweets. https://t.co/0BUegUuIrD

The government believes in two genders again when it's time to send your kids to die so Lockheed doesn't miss quarterly revenue numbers https://t.co/yxe6WHra1Y

Twitter user Blake Aspen remarked, “They can’t tell you what a woman is, but they can make sure your only son dies.”

They can’t tell you what a woman is, but they can make sure your only son dies. https://t.co/XKn8Gez3Io

Conservatives mocking the U.S. government’s suddenly concrete understanding of gender appear to have been right to do so, as former Republican U.S. House candidate Karena Feng – who filed a lawsuit after she claims she was abused by Paul Pelosi Jr., the House Speaker’s son – confirmed to this writer earlier today.

“Only born males must register,” replied Feng, providing the government’s literature on the subject.

Only born males must register. https://t.co/g7VA1KFqCR

Indeed, in the event of a draft sparked by war with Russia or China, Americans suffering with body dysmorphia should know that legally changing their gender does not excuse them from the draft.

In other words, when it comes to military service, the government says that if you were born with a penis and XY chromosomes, then you are eligible to be drafted.

If you were born with a vagina and XX chromosomes, you are not eligible to be drafted.