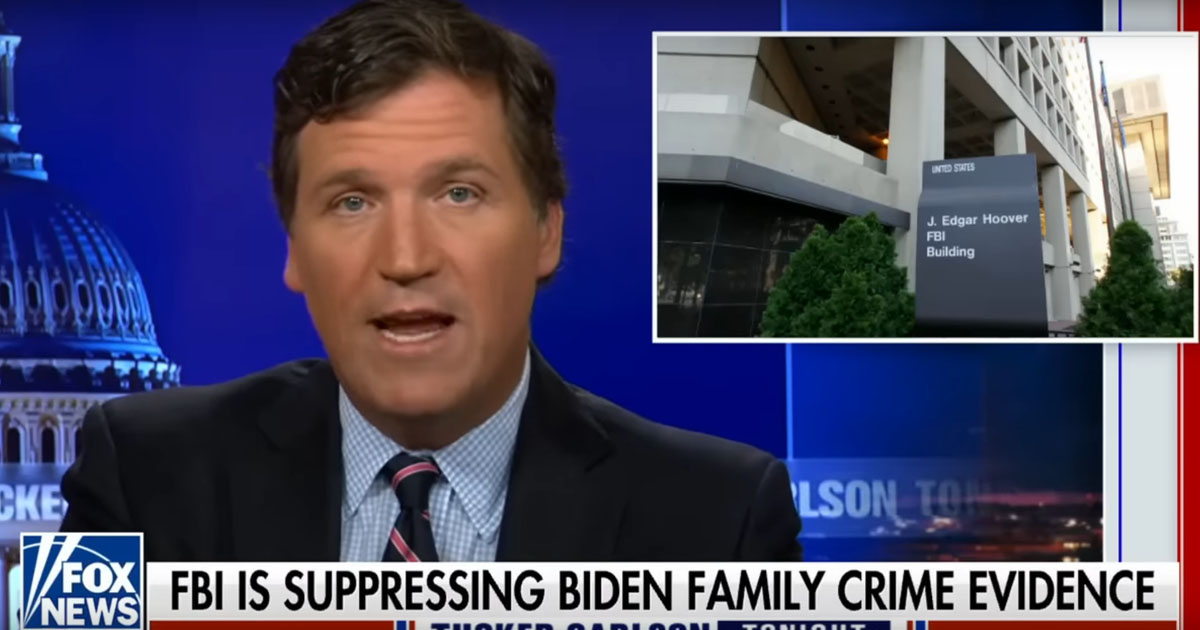 Fox News host Tucker Carlson criticized the Department of Justice on Tuesday for reportedly suppressing “proof that the most powerful family in the country has committed crimes against the United States.”

“Two years ago this month, right before the last presidential election, the 2020 election, we interviewed a former business partner of the Biden family,” Carlson said. “His name was Tony Bobulinski and he told us a remarkable story. Joe Biden’s son and his brother had entered into highly lucrative deals with foreign governments, including the communist government of China, in which they sold access to the United States government in exchange for millions of dollars for themselves.”

“Now, on many levels, that was a crime,” Carlson noted. “Joe Biden was aware of it when it happened, and Joe Biden profited from it directly. It was a strong charge to make, but Tony Bobulinski had the documents, the emails and the text messages to prove that it happened. We considered it a huge story, and we spent an hour on it in October of 2020.”

“To this day, the FBI continues to suppress evidence, proof that the most powerful family in the country has committed crimes against the United States,’ Carlson said. “That is the definition of corruption. It’s unacceptable. If the United States is going to continue as a democratic republic, we can’t have this. It cannot go on.”

Carlson concluded, “Next month, voters will have a chance to change course. They will have the chance to repudiate the forces that have dangerously politicized and corrupted our law enforcement agencies.”