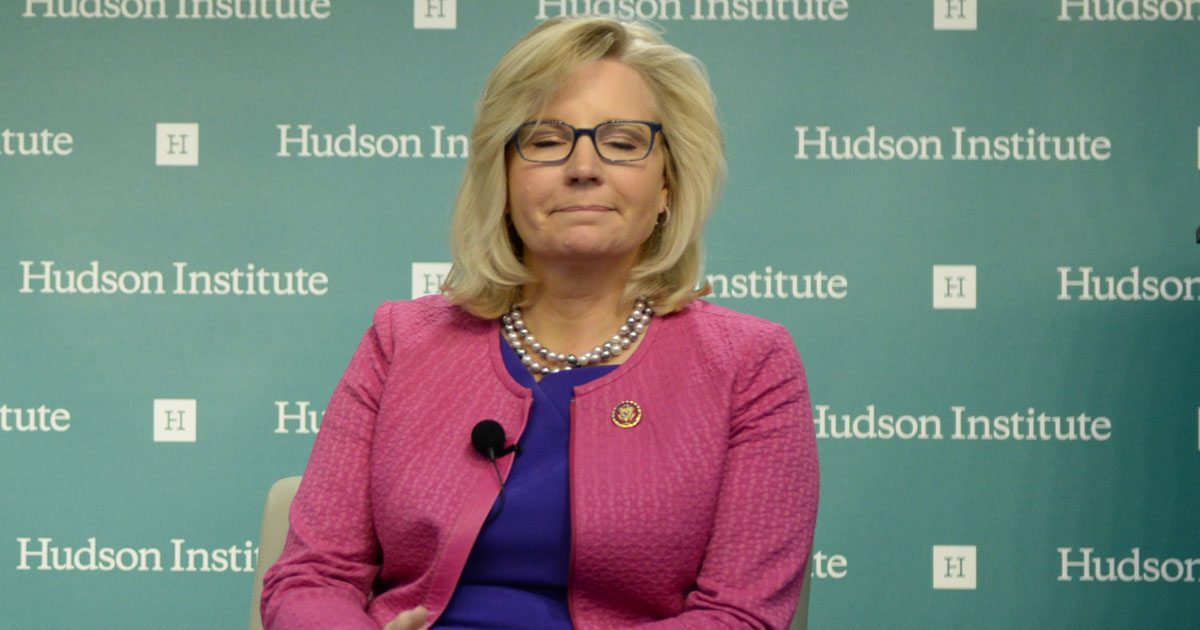 Outgoing Rep. Liz Cheney is pushing a bill designed to “prevent another Jan 6 attack” by gutting a law from the 1800s that allow Congress and individual states to stop fraudulent elections.

Rep. Cheney, one of Trump’s most persistent Republican detractors, and Democratic Rep. Zoe Lofgren, who was one of the seven impeachment managers during the first trial of 45th President Donald Trump, wish to introduce reforms to the 1887 Electoral Count Act, expanding on the century old law with their Presidential Reforms Act.

Cheney, who who was lost her Wyoming congressional seat in a landslide to a Trump-endorsed candidate, joined Lofgren in an opinion piece published in the Wall Street Journal.

The two Congresswomen, who both sit on the partisan anti-Trump January 6 Committee in Congress, said their new bill would ensure that “Congress can’t overturn an election result,” which they allege s what the protesters on Capitol Hill wanted to happen.

The Electoral Count Act, originally passed in 1887, will face specific changes under Cheney and Lofgren’s plans. First, they want to remove any “authority or discretion” from the sitting Vice President to reject the result of a presidential election in a state or delay its certification.

The two Congresswomen, along with left-wing outlet The Guardian, and former VP Mike Pence, claim that the Vice President never had the constitutional or legal authority to do toss out electoral votes. Pence has reiterated this multiple times, even as Trump has called him a “conveyor belt” for fraud.

Accordingly, it’s unclear why Cheney and Lofgren feel the need to introduce reform, considering their own experts and allies say there is no problem to fix.

Thank you @judgeluttig. We are grateful to you and all the experts who contributed to this crucial effort.
We look forward to continuing to work with our colleagues in the House and Senate to preserve the rule of law for all future presidential elections. https://t.co/44g5El1crl

Still, Cheney complained to the press: “What Donald Trump tried to convince the Vice President to do was illegal under existing laws, we begin by affirming that.” She added, “But we need to take steps to make sure that another January 6th is something that never happens again.”

Further reforms include the ability for any presidential candidate to sue any official on a local level who attempts to “hold up” sending electoral results to Congress.

The bill from Cheney and Lofgren would immediately put in jeopardy the rights of states to check, recount, and reassess any elections that are thrown into doubt over concerns that they may be fraudulent.

The rights of Representatives and Senators to challenge the results in Congress themselves would also be stripped back, with a new requirement put in place that one third of members of both chambers must approve of a challenge before it can even be considered to begin with.

In the Wall Street Journal article, Cheney and Lofgren said that their bill, which is set to be formally introduced this week, is “intended to preserve the rule of law for all future presidential elections by ensuring that self-interested politicians cannot steal from the people the guarantee that our government derives its power from the consent of the governed.”