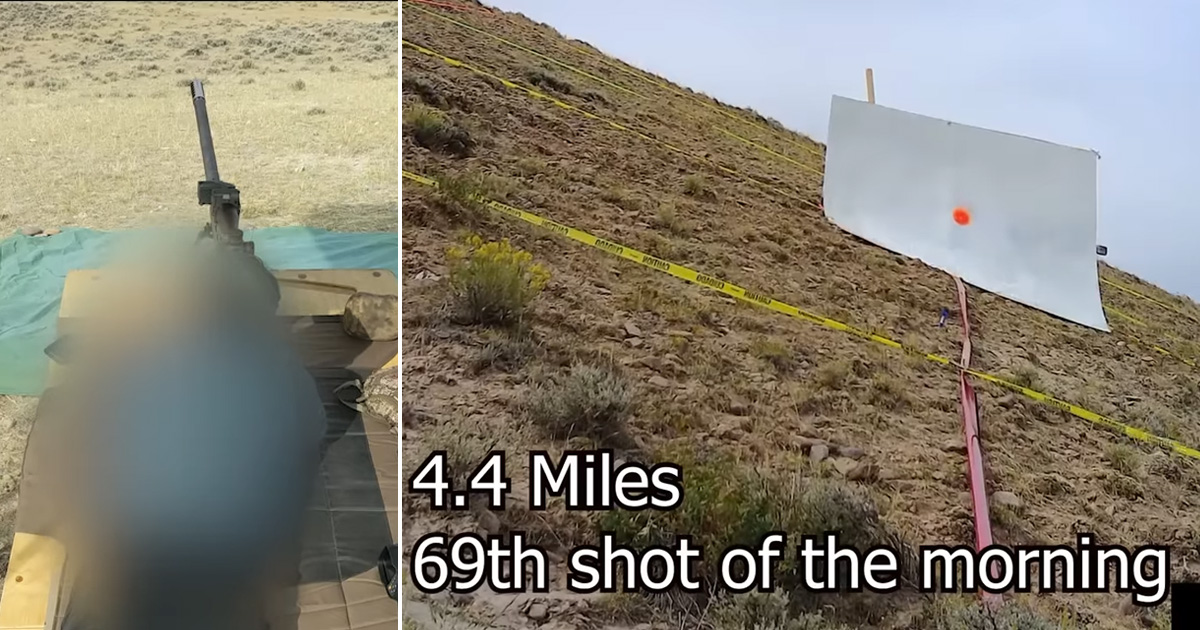 The world record for the longest rifle shot was broken by a Wyoming team of shooters who managed to hit a target 4.4 miles away in on the state’s arid plains.

Breaking the previous record of only 4 miles, and the Wyoming state record of 3.06 miles, local media outlet KSLTV explains that the shot required years of planning from two expert shooters and their team.

“This was the most challenging, difficult, frustrating, time-consuming and yet rewarding professional project I have ever undertaken,” Humphries, who specializes in long range shooting, told the Wyoming TV station.

On the team’s Nomad Rifleman website, they describe their custom-built rifle as a “space-aged piece of beauty” with custom ammunition. The rifle was assembled by S&S Sporting in Driggs Idaho and contains parts from Arkansas, South Dakota, Canada, and New Zealand.

Their target, also hand built, was 120 inches wide by 92 inches tall, with an 80-inch circle drawn in the middle. According to the website, this is “equivalent to hitting a 1 inch circle at 100 yards.” 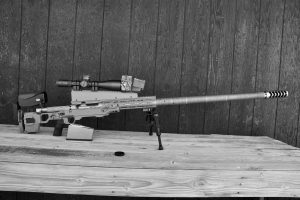 “The impact point was on the left edge of an 80 inch orange circle painted in the center of the target,” the team reported. “Not only was their hit within the one MOA 40-inch radius, it was at 3 ⅛ inch to the left of the dead center of the bullseye!”

The video reveals that the record breaking shot happened to be the 69th round fired during the session.

The video reveals that the bullet took approximately 24 seconds to reach its target after the trigger was pulled.

Due to the extreme distance, the team used novel methods to track shots and did not originally believe the bullet hit the target, instead believing it had ricocheted.

“Together, we’ve spent over 1500 hours in research, highs and lows, blood, sweat, excitement and tears, with dozens of amazingly gifted people and businesses personally invested in the goal,” said Scott Austin in a press release.

“This monumental task paid off yesterday with overwhelming satisfaction when we heard crackle over the radio: ‘We have our first target hit confirmed. HIT!’”