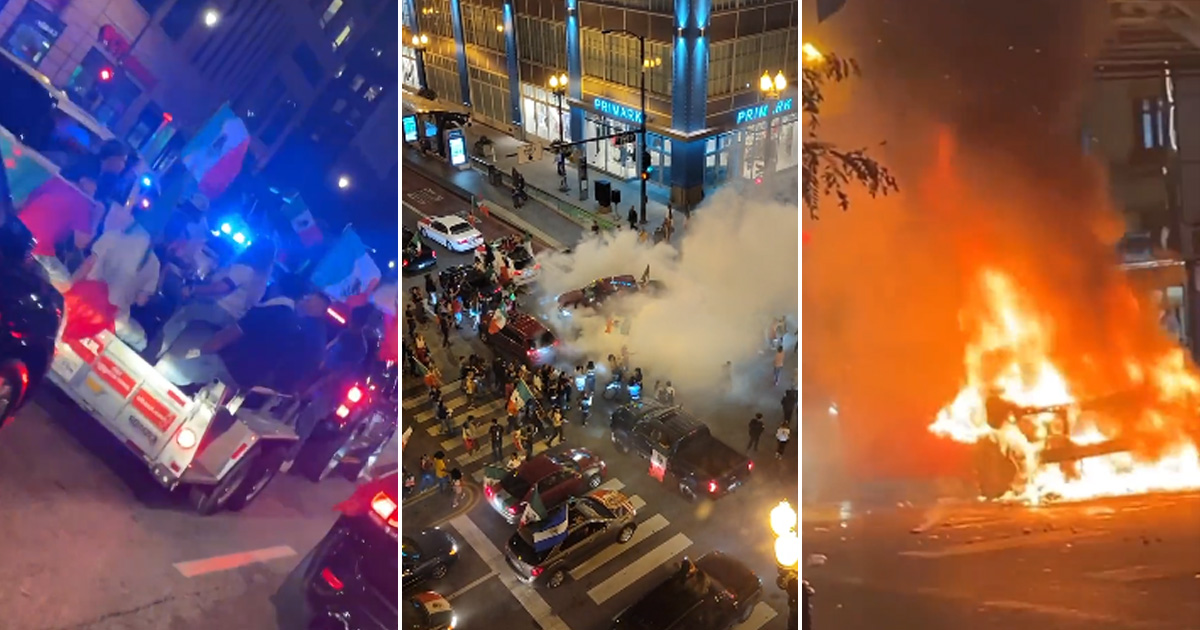 Police in Chicago, Illinois were overwhelmed last night due to revelers celebrating the independence of the United States’ southern neighbor.

That outlet reports that some revelers climbed atop a bus to wave Mexican flags, burned a sports car while other vehicles “spun donuts in downtown intersections,” and generally causing low level violence.

One man was shot in the back as he exited his vehicle to fight someone, CWB Chicago explained. The other victim was being beaten by a group of men when he was shot in the head, though he is apparently in good condition.

Apparently, at least one officer was injured in the eye, and there were multiple reports from officers that revelers were attempting to pull them from their squad cars.

Videos have surfaced on social media showing streets filled with smoke, fire, Mexican flags, and revelers slowly making their way through a procession that paralyzed the city and left Chicago police flat footed.

Utter chaos in the #Chicago Loop at State/Washington from the Mexican Independence Celebrations. #ChicagoScanner pic.twitter.com/OemT9dH9fG

Other aerial videos showed the extent of the celebrations, while videos shot at street level show a festive but chaotic scene.

They celebrating Mexican Independence Day in Chicago. We (yes, we) out here! pic.twitter.com/CAVf2qgnHo

Mexican Independence Day was Friday, September 16. The country and its people – apparently, including the diaspora who left their homeland for the United States – celebrate the holiday to commemorate the beginning of a decade long revolution that saw the central American country break free from Spanish rule.

The holiday, which is often confused with Cinco de Mayo in the United States, explains National Geographic, “actually marks the moment in 1810 when Miguel Hidalgo y Costilla, a Catholic priest known as Father Hidalgo, made the first cry for independence.”