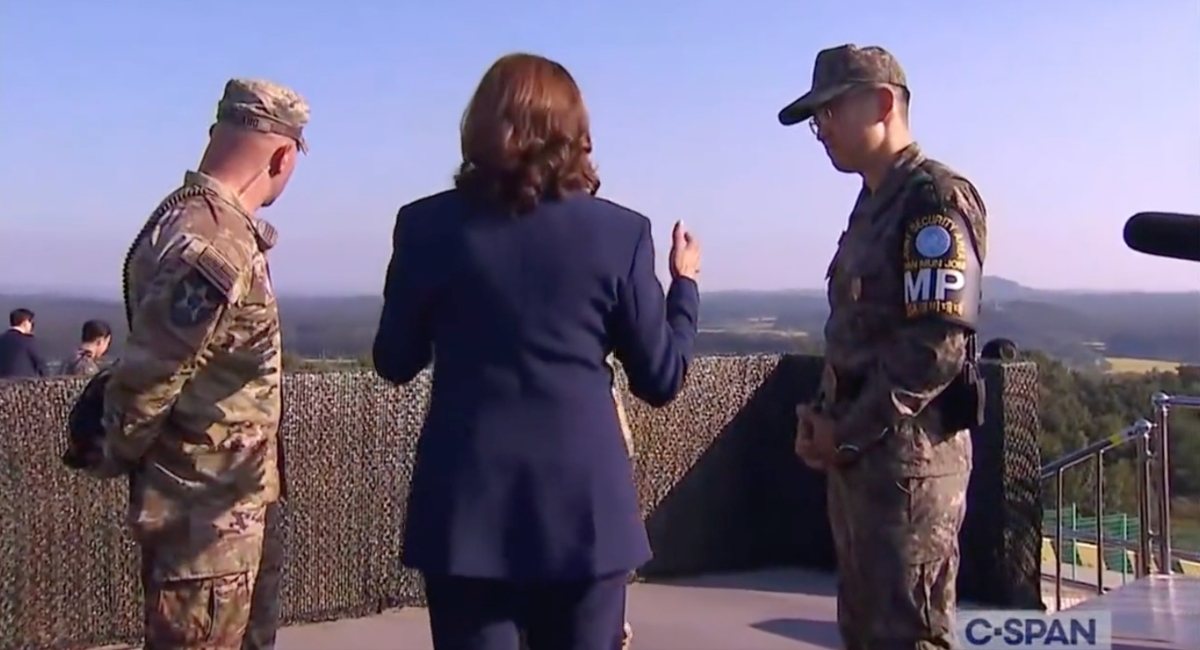 Vice President Kamala Harris informed soldiers about the new Webb telescope during a visit to the demilitarized zone between North and South Korea today, and told them at least three times that it was “humbling.”

In a video that was posted by the RNC Research Twitter account after originally being captured on C-SPAN, Harris can be observed lecturing American and South Korean soldiers about how interesting and awesome the telescope is.

“Have you seen the photographs from the Webb telescope?” Harris told the soldiers, who stared at her blankly. “It’s humbling,” she added.

“So, we invested in this telescope, and the images just came in, and they show us three billion years back, to the beginning, to all these galaxies. It’s the most humbling thing I’ve ever seen,” Harris continued to her captive audience.

Harris then instructed the soldiers to look at the photographs from the telescope themselves.

“You gotta have somebody show you [inaudible],” said Harris, apparently not knowing that the photos went viral on a colossal scale and have likely been reviewed by the soldiers. “It’s absolutely humbling. Galaxies we didn’t even know existed. So when we think we’ve seen everything,” she added, followed by her trademark cackle.

After an awkward pause, one American soldier informs the Vice President that “it looks like we’re ready to move, Madam Vice President.”

Harris had also demonstrated ignorance about basic foreign policy during the Thursday trip by claiming the US has a “very important relationship” and “alliance that is strong and enduring” with the “Republic of North Korea,” Valiant News reported.

Harris never realized she had mistaken the hermit communist nation for a free country, and ultimately did not correct her misstatement.