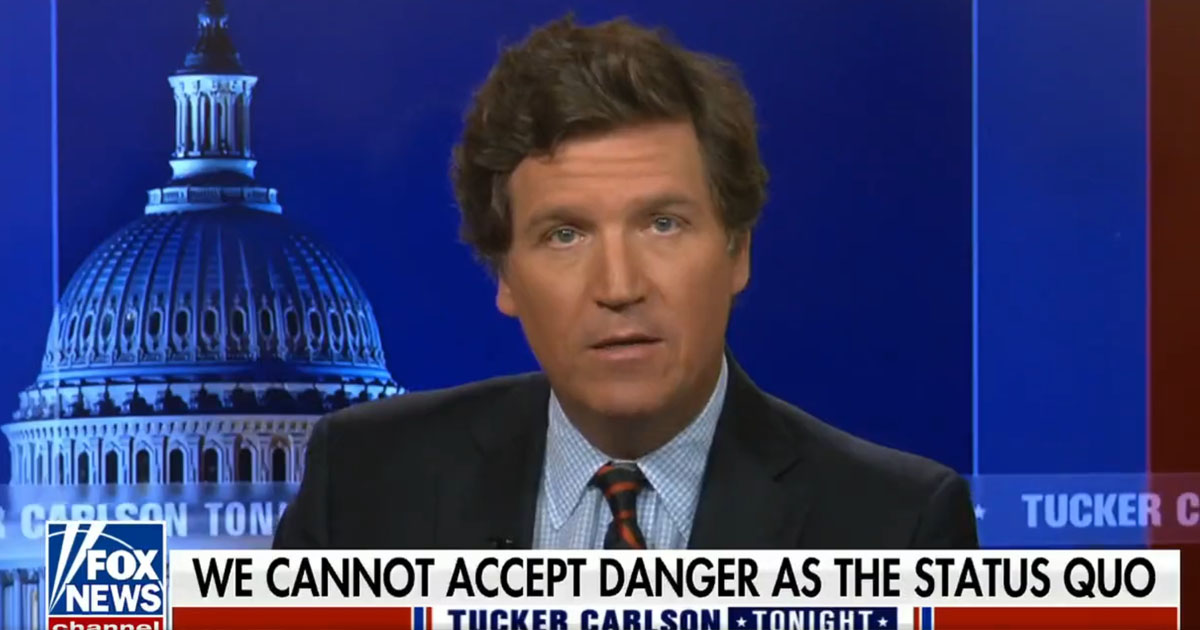 Fox News host Tucker Carlson took aim at the liberal attitude towards victims of violent crime, and the degradation of safety in cities across the US in Wednesday night’s edition of his titular TV show.

“In the hours after Eliza Fletcher’s disappearance, Biden voters on social media seemed to dismiss the crime on racial grounds,” Carlson. “‘Why are we paying so much attention to the kidnapping of an attractive, privileged White woman? That’s racist.’ Others seem to blame Fletcher for the atrocity committed against her. ‘Why was she jogging at that hour, anyway? In Memphis? Come on.'”

“The point they’re making was clear,” Carlson added. “‘Everyone knows the rules. Eliza Fletcher violated those rules. You can’t go outside his certain hours in certain places in America, obviously, and if you do, if you violate the rules, you run the risk of being raped and murdered. That’s how things work in this country. So, adapt. Accept it. Move on.'”

An American citizen should be able to live anywhere in America without being murdered for it. Period. That’s the baseline requirement of civilization: order. But increasingly, that’s not what we have. What we have is a country where you just can’t go places. It’s too dangerous. pic.twitter.com/RxWDNLn4Dx

Carlson continued, “An American citizen should be able to live or walk anywhere in America without being raped or murdered for it, period. That is the baseline requirement for civilization. It’s called order. But increasingly, that is not what we have.”

“What we have is a country where you just can’t go some places,” Carlson noted. “You’re not wanted there and it’s too dangerous for you to go. Most people accept this by default, but we should never accept this under any circumstances. To accept something is to concede that it is more or less normal”

“Once we acknowledge something as normal, whether it’s children being castrated in the name of trans rights or women being murdered by rapists who should have been in prison but weren’t because equity, once we accept that as normal, we are stuck with it forever,” Carlson concluded. “It is the new status quo. It will never change except to get worse.”