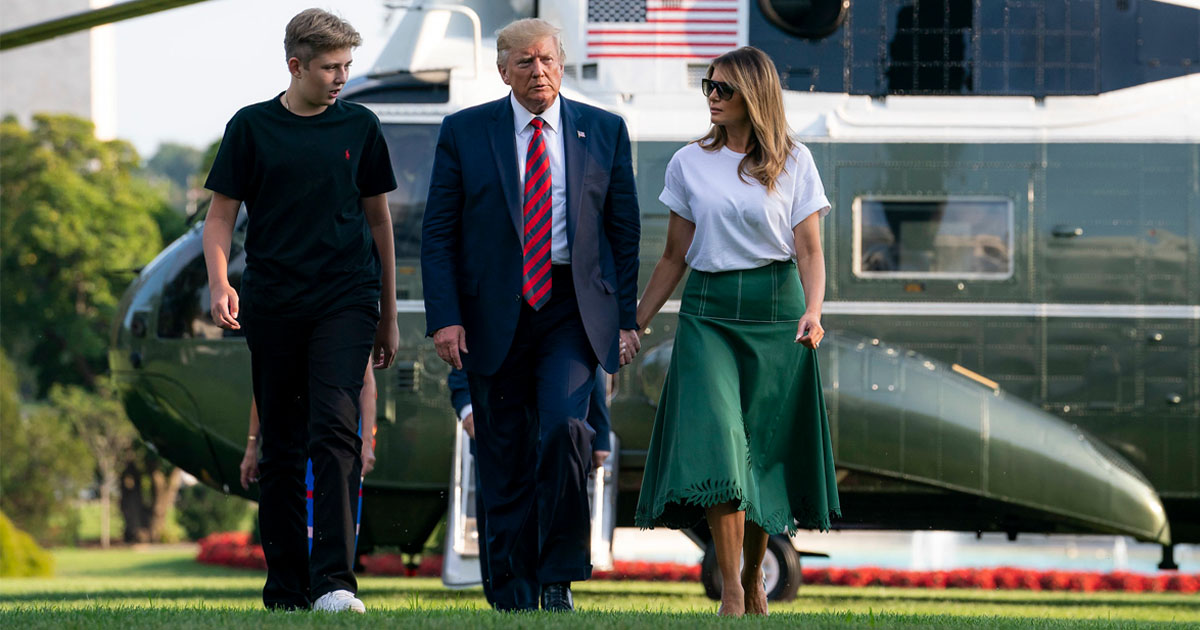 President Donald Trump stated on Sunday that the FBI “rifled through” the livingImage quarters of his teenage son Barron during the highly controversial raid on Trump’s Mar-a-Lago estate earlier this year.

“So they riffled [sic] through the living quarters of my 16 year old son, Barron, and the loved and respected former First Lady of the United States, Melania, but, despite proven high crimes and treason, and just plain common theft, all pointed out in the Laptop from Hell (and elsewhere), they never Raided or Broke Into the house of Hunter Biden or, perhaps even more importantly, the house of Joe Biden – A treasure trove!” Trump wrote.

“This is a Country that’s unfair and broken,” the former president added. “We are truly a Nation in Decline!!!”

In a subsequent post, Trump claimed, “The USA is rapidly becoming a Third World Nation. Crooked Elections, No Borders, a Weaponized Justice Department & FBI, record setting INFLATION, highest ever Energy Prices (and everything else), and all, including our Military, is WOKE, WOKE, WOKE. Most dangerous time in the history of our Country!!!”

Trump revealed in August that FBI agents who raided his Mar-a-Lago estate “rummaged through” the closets, clothing, and “personal items” of former First Lady Melania Trump, leaving her personal effects in a “relative mess.”

“Melania doesn’t like the idea of strangers going rifling through her things. Who knows who touched her underwear during the raid? She’s never going to feel comfortable wearing those ever again,” a friend of Melania’s told Radar Online, also revealing that Trump is a bigger “germaphobe” than her husband.

The friend reportedly added, “Most people don’t know that Melania is a bigger germaphobe than her husband. She hates people touching her and certainly doesn’t want to put on lingerie that FBI agents have had their hands all over.”