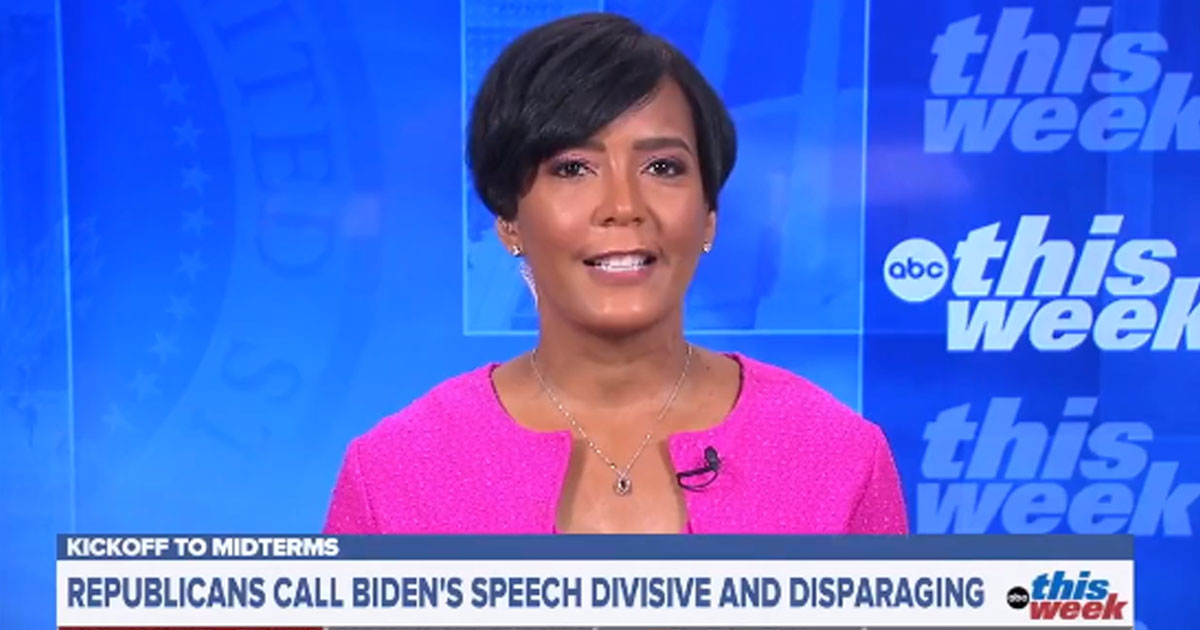 Keisha Lance Bottoms, the former mayor of Atlanta who is now a Senior Adviser to Joe Biden, declared that “hate filled” Trump supporters no longer have a place in Biden’s democracy.

“This MAGA Republican agenda, this hate-filled agenda,” Bottoms described, “that we saw incite violence on our nation’s Capitol has no place in a democracy.”

Bottoms added that “if we are not intentional about calling it out, which is what the president did” in his divisive “Red Sermon” speech, “then our country, everything that our country is built upon, is in danger.”

White House senior adviser Keisha Lance Bottoms says that "this MAGA Republican agenda … has no place in a democracy." pic.twitter.com/YRiX6Qs9ZV

When asked if this means Biden is writing off the 74 million Americans who voted for Trump, the majority still believing Biden did not win a free and fair election, Bottoms did not answer.

“What the president has done is said he will continue to work with mainstream Republicans,” she explained.

Bottoms was elected Mayor of Atlanta in 2017 after receiving 26% of the vote in a crowded field of candidates. She was investigated during the election for receiving several payments totaling more than $180,000 that were not properly reported, and voluntarily returned $25,700 to a contractor who was under FBI investigation in October of 2017.

She endorsed Biden in 2019 and was floated as his potential black, female running mate after Biden declared that to be his criteria. She instead was appointed a permanent co-chair of the 2020 Democratic National Convention.

She now serves as a Senior Advisor to Joe Biden and in June was selected to be the next director of the Office of Public Liaison.

Joe Biden used his “Red Sermon” speech to demonize and threaten millions of Americans who support 45th President Donald Trump and believe the last election was not free and fair. Following the speech, Biden specified that he only believes those who deny he won the 2020 election were a threat to his regime.

Today, however, the official @POTUS account on Twitter doubled down on the sentiments from the “Red Sermon” speech with a series of tweets purportedly from Biden.

America respects free and fair elections. We honor the will of the people.

We do not deny it.

Biden declared that “The MAGA agenda represents an extremism that threatens the very foundations of our Republic,” in one tweet, and claimed that conservatives do not “respect our Constitution” or “recognize the will of the people.”

In two more tweets, Biden called out those who deny his 2020 victory and in a third he declared “MAGA proposals” like lower taxes and a secure border a “threat to the very soul of this country.”