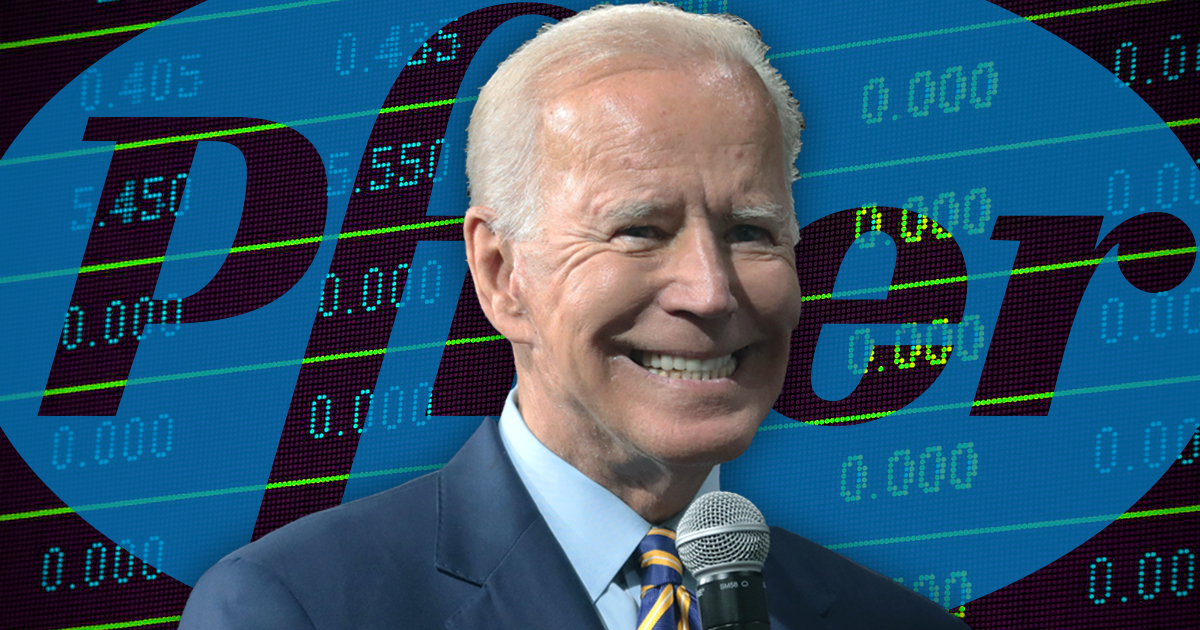 The stock price for pharmaceutical giant Pfizer Inc. rallied significantly on Tuesday, less than one day after Joe Biden screamed “we beat Pharma” in multiple speeches on Labor Day.

In what world is trying to mandate pharmaceutical companies' vaccines and giving them tens of billions of tax payer dollars "beating" pharma?

Meanwhile, the pharmaceutical corporation Pfizer, which experienced an explosion in financial growth after developing Covid-19 vaccines that are beloved by the Biden administration, apparently did not get the memo that it had supposedly been “beaten” by Biden.

Additionally, many Biden critics were puzzled by the President’s angry declaration of victory against Big Pharma after all the steps the current administration has taken to innoculate as many Americans as possible with Covid vaccines developed by Pfizer, Moderna, and other pharmaceutical giants.

Biden was visibly confused and needed verbal assistance leaving the stage following a Labor Day speech this week, asking his staff “Where am I going?”

“Thank you,” Biden said upon conclusion of the speech, before turning to his staff and pointing offstage.

During Biden’s multiple speeches throughout the day, he railed against supporters of former President Donald Trump.