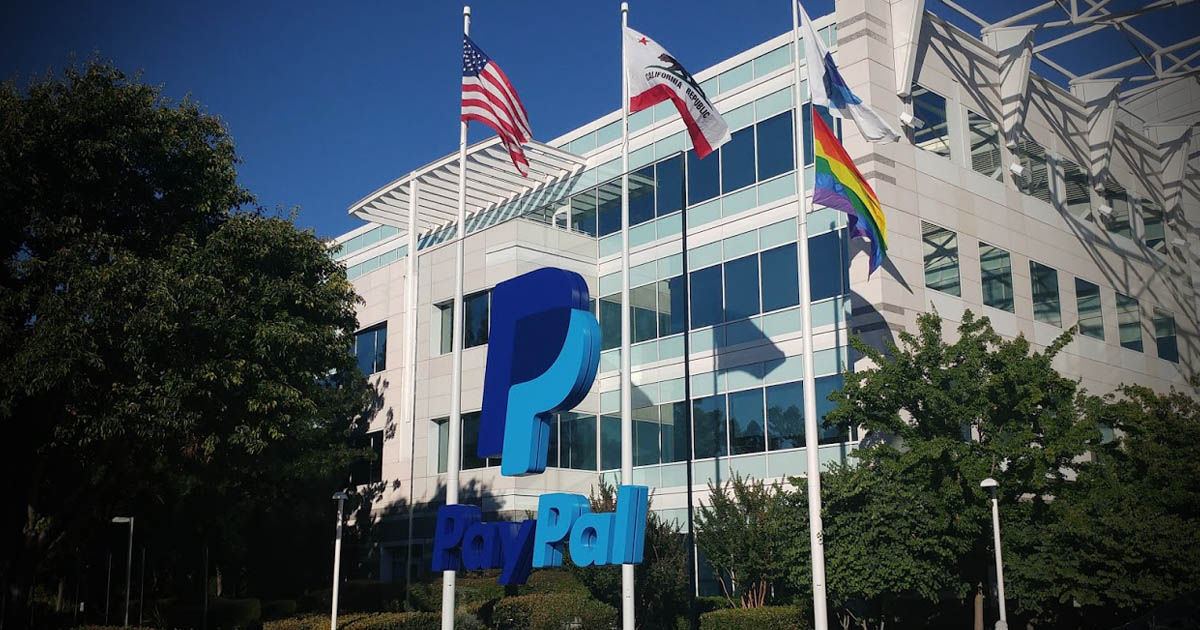 Multiple pro-free speech and lockdown sceptic groups in the UK have been banned from PayPal at around the same time, allegedly for their political beliefs.

Toby Young, a long-time British conservative commentator, discovered last week that his personal account had been banned by PayPal, for being in “violation of its Acceptable Use Policy.”

More concerning to Young was the fact that the PayPal accounts of two organisations he runs – the Free Speech Union, a union to protect people against cancel culture, and the Daily Sceptic, an online news site that is sceptical about lockdowns, climate change, and other leftist thought – were also being shut down.

“To give you a sense of how serious this is, about a quarter of the Daily Sceptic’s donor revenue is processed by PayPal and about a third of the Free Speech Union’s 9,500 members pay their dues via PayPal,” Young wrote in the Spectator:

“‘So what?’ you might think. Just email all those people and advise them to use a different payment processor. I’ll do that, obviously, but it’s inevitable that some won’t bother – some of them won’t even open the emails – and the resulting loss of revenue will be hugely disruptive. The Daily Sceptic has four people on the payroll and the Free Speech Union has 15 and they both operate on tight margins. I was relying on PayPal to deliver the service it promised to perform when I first signed up and which I’ve been paying for until now (1.5 per cent commission on every transaction). I had no idea it could just whisk the rug out from under you, with no notice and without having to provide any proper explanation. In my case, the excuse offered was obviously bogus. How could all three accounts be guilty of ‘violating’ the same policy within minutes of each other?”

Young detailed that despite contacting PayPal via various means, he “got nowhere,” confirming that there was “no redress if they decide to terminate your account.”

“As the switch to a cashless society gathers speed, we need to put some laws in place to protect people from being punished by companies like PayPal for saying something their employees disapprove of,” he added.

GB News: “‘This is the new battlefront in the ongoing war against free speech… financial services being withdrawn from people.’ Founder of the Free Speech Union and the Daily Sceptic, Toby Young, speaks to Mark Dolan about payments to his organisations being blocked by Paypal.”

More lockdown critical organisations were targeted by PayPal, including Us4Them, a parent-run group that campaigned to keep schools open, and Law or Fiction, a group of lawyers who challenged lockdown.

Molly Kingsley, who founded Us4Them, said that she assumed PayPal had closed their account to leave them with a “reputational problem,” making them “outcasts” from polite society. “It puts you in the position of having to defend yourself and you don’t know what you have done wrong.”

Kingsley slammed the decision from PayPal as “chilling,” with Law or Fiction attacking PayPal for their “blatant assault on free speech as practised in China.”

Many are furious & #BoycottPayPal is trending

Insist on free speech #together

When asked for comment on the removal of the accounts of the Free Speech Union and Daily Sceptic, PayPal said that they do not comment on individual cases, but that the Big Tech giant regularly “assesses activity against our long-standing Acceptable Use Policy and will discontinue our relationship with account holders who are found to violate our policies.”

However, on Tuesday, Young reported that PayPal had reinstated all three of his accounts, saying that after “reviews” and “input from our customers and stakeholders,” they had decided to reverse their decision.

Unsurprisingly, the actions from PayPal caused massive backlash, with conservative commentators such as Dan Wootton and Nigel Farage slamming them, with some online declaring that they had deleted their PayPal accounts as part of a boycott.

Everyone should listen to the important things Toby Young has to say about the battle for free speech. Cancel culture is alive and well at PayPal.

I’m in the process of cancelling my PayPal account. Big Tech companies that feel they can bully people for questioning mainstream groupthink don’t deserve anyone’s business.

The backlash even spread to the House of Commons, with Conservative MP Danny Kruger asking if the government would “take steps” to ensure that companies such as PayPal, who “form part of the essential infrastructure of ordinary life” in a “cashless economy” cannot “discriminate against individuals or organisations on the basis of perfectly legal political views.”

On Sunday, a number of Conservative MPs signed an open letter to the government’s business department, saying that it was “hard to avoid construing PayPal’s actions as an orchestrated, politically motivated move to silence critical or dissenting views on these topics within the UK.”

An amendment to the Online Safety Bill or Digital Markets Bill now may be considered, which could prevent companies from discrimination based on political beliefs.

Questions in Parliament now about @paypaluk

We don't accept cashless society a given however

As with so many things, public never asked, risks & harms not debated openly

Given "debanking" scandals many will say never give up cash, & who can blame them? pic.twitter.com/Xc9kvPK7Sg

Even though he has now had his accounts reinstated, Young declared in the Spectator he would no longer be using their services, and would now be devoting all of his energy towards “lobbying the government to pass a law reining in companies like PayPal so other people with non-woke political views” don’t have to go through the same thing as he did.