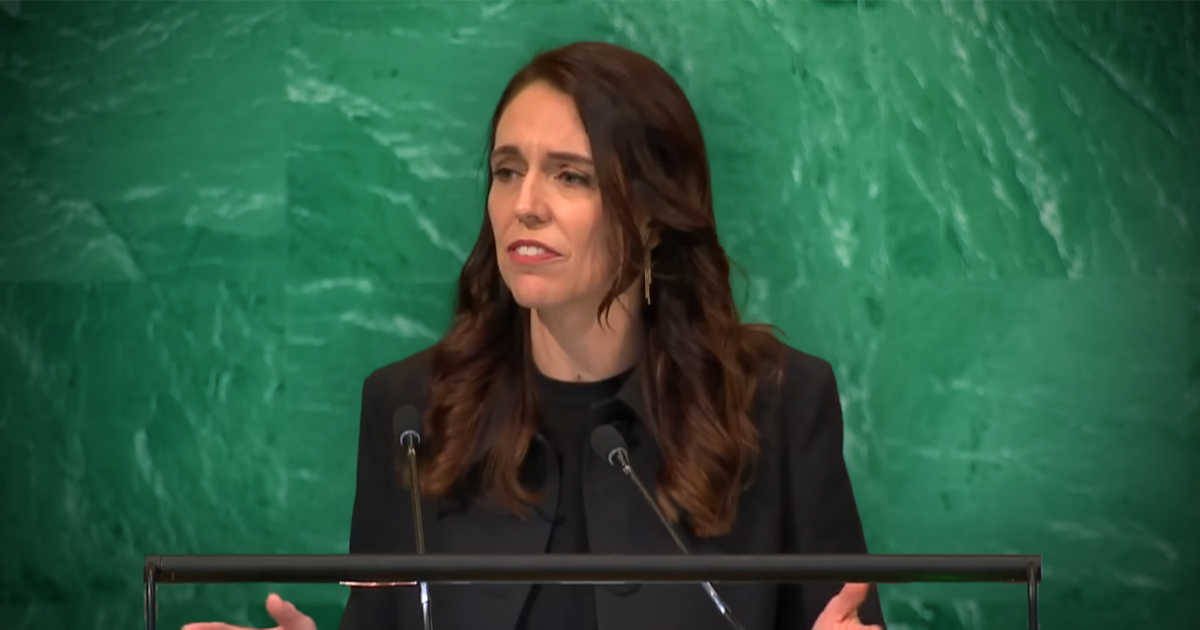 New Zealand Prime Minister Jacinda Ardern attacked free speech as a “weapon of war” during a UN address, demanding speech be regulated online as a result.

Speaking to the United Nations General Assembly on Friday, Ardern, who became the New Zealand Prime Minister in 2017, announced that her government had “launched an initiative” to study “how a person’s online experiences are curated by automated processes,” in order to address misinformation and disinformation online.

She noted that while approaches to tackling “disinformation” could be seen as being “hostile to the values of free speech,” people sharing dissident narratives online poses “an equal threat to the norms we all value,” without going into detail as to what “norms” those were.

“After all, how do you successfully end a war, if people are led to the believe the reason for its existence is not only legal, but noble?” Ardern posited. “How do you tackle climate change if people do not believe it exists? How do you ensure the human rights of others are upheld when they are subjected to hateful and dangerous rhetoric and ideology?

PM Jacinda Ardern calls internet freedom a “weapon of war” in most recent UN speech. Calls for a new type of internet with “rules and transparency”.
“How do you tackle climate change if people don’t believe it exists”.
Source: https://t.co/ZaBdZq6N0U pic.twitter.com/c0V66jEvfG

Ardern went onto argue that free speech online with the discussion of different points of view was tantamount of “weapons of war” that people would use to “cause chaos” and “disband communities.”

Related  Elon Claims Apple Threatened To Remove Twitter From App Store, but ‘Won’t Tell Us Why'

Online speech could “motivate others to take up arms,” she argued, adding that the international community must come together to create “rules, norms and expectations” to monitor and censor it.

“In these times, I’m acutely aware of how easy it is to feel disheartened,” she concluded. “We are facing many battles on many fronts. But there is cause for optimism, because for every new weapon we face, there is a new tool to overcome it. For every attempt to push the world into chaos, is a collective conviction to bring us back to order. We have the means. We just need the collective will.”

Journalist Glenn Greenwald responded harshly to the speech, describing Ardern as “the face of authoritarianism,” and arguing that the New Zealand PM was “so inebriated by her sense of righteousness and superiority that she views dissent as an evil too dangerous to allow.” Commentator Ned Ryun added that she was simply “evil.”

This is the face of authoritarianism – even though it looks different than you were taught to expect. And it's the mindset of tyrants everywhere:

This is someone so inebriated by her sense of righteousness and superiority that she views dissent as an evil too dangerous to allow: https://t.co/kmG4zTgPwh

Ardern had previously called on Big Tech companies to regulate online speech following the Christchurch shooting in 2019. As Valiant News reported in May, the eSafety Commissioner of neighbouring Australia spoke at the World Economic Forum and called for a “recalibration of a whole range of human rights that are playing out online,” including free speech.