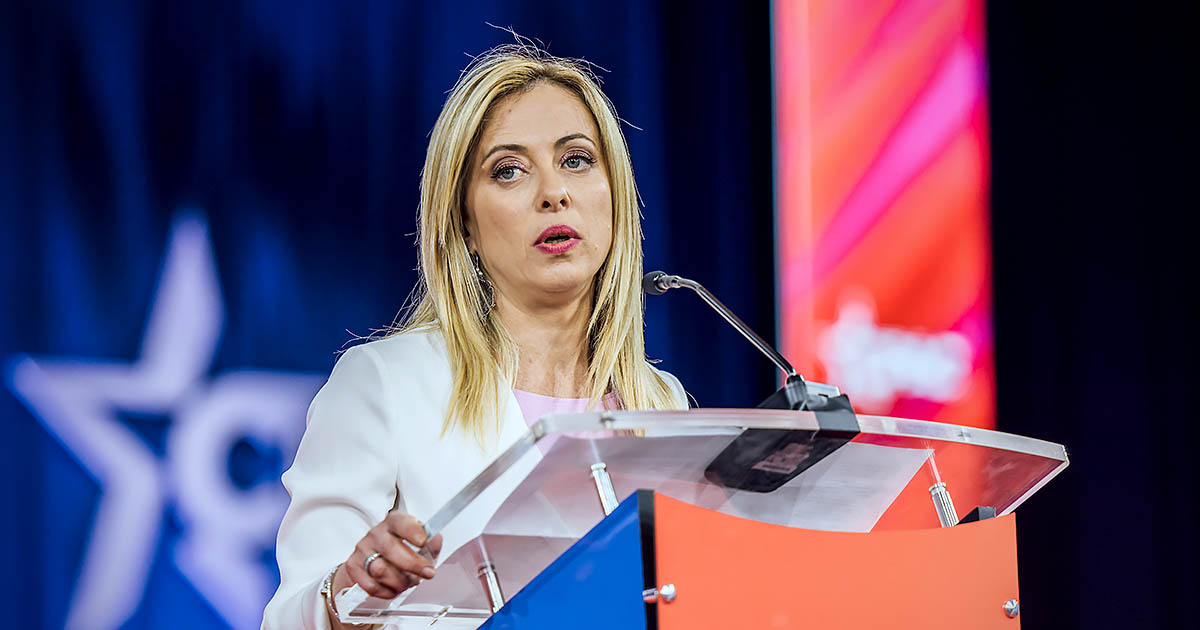 The people of Italy made history last night by electing the country’s first ever woman Prime Minister, but media reports have focused on her status as a conservative.

Giorgia Meloni claimed victory in Italy yesterday, with her Brothers of Italy party receiving 26% of the vote. Her coalition partners, Matteo Salvini’s League and Silvio Berlusconi’s Forza Italia, garnered another 9% and 8% respectively.

With her partners, Meloni’s majority achieved about 44% of the vote, with full results expected to confirm the victory when they are fully tabulated today.

Meloni added, “I must be Citizen X, Gender X, Parent 1, Parent 2, I must be a number.” She shouted, “The perfect consumer.”

I’ve never heard any politician so perfectly explain what we’re up against and why we fight.

When you watch this video, you’ll quickly realize why the establishment is afraid of her.
pic.twitter.com/CswR8o3mjg

Despite the fact that Meloni will make history as the first member of her gender to serve as Italy’s Prime Minister, the mainstream press has focused almost exclusively on the beliefs of her and the Brothers of Italy party.

They’re conservative, in fact so much so that CNN claimed Meloni will “become Italy’s most far-right prime minister since Mussolini,” directly comparing Meloni to the fascist dictator who infamously allied with genocidal dictator Adolf Hitler during the Second World War.

Though the hyper left wing outlet noted that Meloni differs from others on the Italian right by openly supporting Ukraine, they labeled Meloni as a “deeply conservative, openly anti-LBGT” woman who “has also called abortion a ‘tragedy,'” which the outlet claims threatens women’s rights.

In its lead paragraph, the network claimed Melini’s government will be the most “far-right government since the fascist era of Benito Mussolini.”

.@GiorgiaMeloni in 2020: "Our main enemy today is the globalist drift of those who view identity, in all its forms, to be an evil to be overcome, and constantly acts to shift real power away from the people to supranational entities headed by supposedly enlightened elites." pic.twitter.com/ACftxdtqBB

CNN was far from alone in its extreme rhetoric regarding the Italian politician.

Taxpayer-funded NPR was slightly more tactful than CNN, instead referring to Meloni’s government as the “first far-right government since WWII” and claimed that her party “has its origins in the Italian Social Movement, which was created by supporters of fascist dictator Benito Mussolini in the aftermath of World War II.”

“As a teenager, Meloni joined the youth chapter of the Italian Social Movement,” the left wing radio network explained, “which used fantasy novels like J.R.R. Tolkien’s The Lord Of The Rings to recast fascist ideas.”

Foreign Policy, for its part, simply asserted that Meloni’s attempts to govern will be stymied by the Italian deep state, which it refers to as the country’s immense bureaucracy.

“Meanwhile, though Brothers of Italy has a clear path to government, it will, as others have before it, quickly come to discover that its ideas are essentially impossible to implement,” the website explained, “thanks to an entrenched civil servantry, an implacable economic status quo, and, inevitably, the likely reality that it never had any ideas in the first place.” 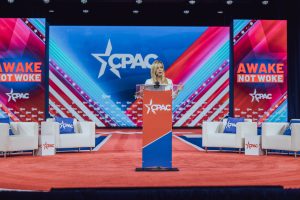 The Guardian reported that citizens in other European Union countries seem to view Meloni’s election as a threat to Democracy™. By way of example, it explained that leftists in neighboring Greece apparently consider Meloni’s win “a huge shock for Europe and its democratic traditions.”

Conservative politicians throughout Europe and the world, however, celebrated the election.

Russia said it was looking forward to working with Meloni’s government, while Hungarian Prime Minister Viktor Obran used his statement congratulating Meloni to condemn the European Union’s sanctions on Russia.