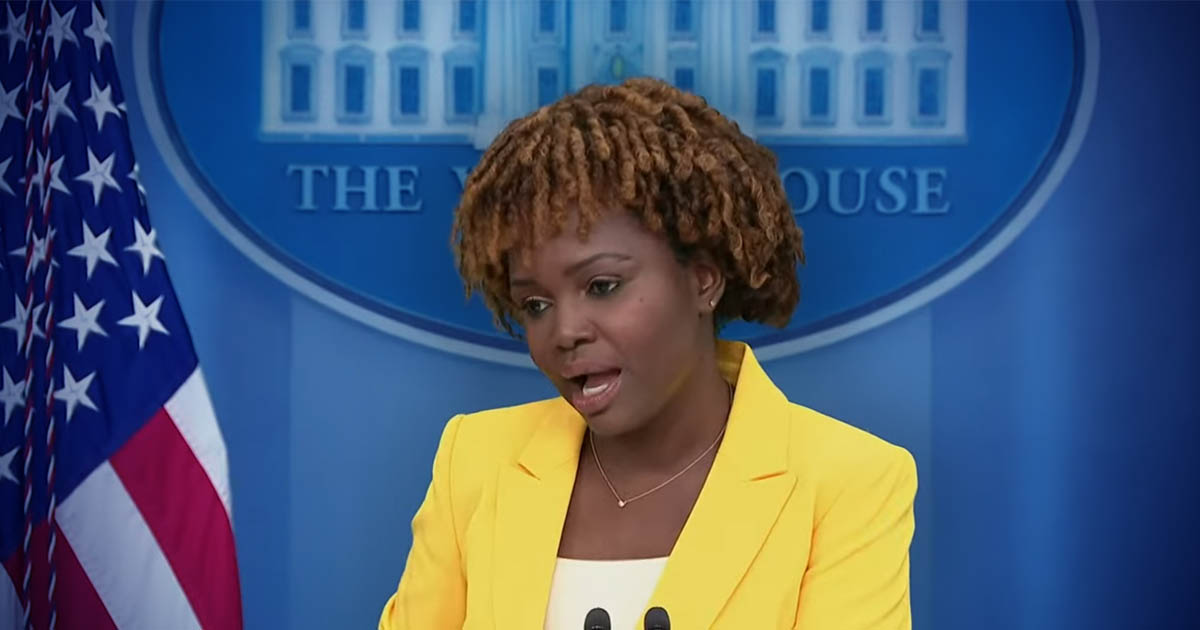 White House Press Secretary Karine Jean-Pierre has claimed that the Biden administration is securing the border better than President Trump did, and would be doing better if it wasn’t for GOP obstruction in Congress.

Ironically, Jean-Pierre even claimed that the administration “could be doing even more if Republicans would stop their obstruction.” Jean-Pierre did not confirm what obstructions those were.

Since taking office, Joe Biden attempted to end the Trump era “Remain in Mexico” policy, allowing tens of thousands of illegal aliens to enter the country unobstructed, rather than wait to be processed across the border.

Jean-Pierre: "We are doing a lot more [than the Trump administration] to secure the border and could be doing even more if Republicans would stop their obstruction." pic.twitter.com/smSidn9VDi

Footage from the border by reporters, including Fox News’s Bill Melugin, shows migrants streaming over the border, completely unobstructed.

Melugin claimed that there have been around 500,000 migrants who scaled the border and were not tracked down by authorities this year so far.

Good morning from Eagle Pass, TX, where once again, another large group of several hundred migrants just crossed illegally. Many of them were walking along a local highway at one point. This is what’s left of the group after several BP buses transported a portion away. @FoxNews pic.twitter.com/tkCz7ekyvP

EXCLUSIVE: In just a 45 minute span in Naco, AZ, our team saw over a dozen illegal immigrants dressed in camouflage use a rope to scale the border wall, then run into AZ. None were caught, making them “gotaways”. There have been over 500,000 gotaways so far this year. @FoxNews pic.twitter.com/kV29qahnEY

"The border is secure" – Kamala Harris

"It is not" – Anyone with eyes pic.twitter.com/ofeeiVkzjz

This is a 21 year high for migrant encounters at the southern border, as noted by Pew Research.

“Somebody unvaccinated comes over on a plane. You say that’s not okay,” Doocy asked  Jean-Pierre. “Somebody walks into Texas or Arizona unvaccinated, they’re allowed to stay? Why?”

Instead of addressing the subject, Jean-Pierre was adamant that “that’s not how it works.”