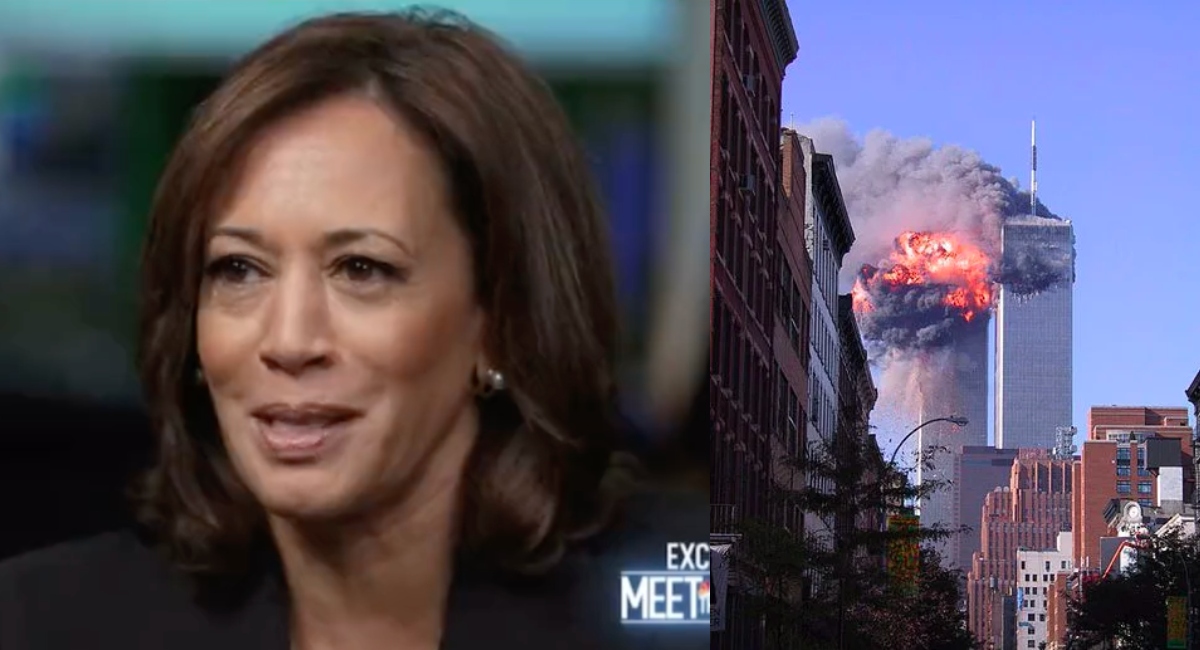 Kamala Harris appeared to compare American citizens to Islamic terrorists during an interview on the 21st anniversary of the terrorist attacks on September 11, 2001.

During an interview with NBC host Chuck Todd this week, Harris appeared to compare Americans who did not vote for her and Joe Biden to the Islamic terrorists who flew hijacked planes brought down the World Trade Center and the Pentagon in an event that has shaped the 21st century.

Harris’s remarks came after Todd claimed America is “battling a threat from within,” likely referring to supporters of 45th President Donald Trump, and asked Harris if American citizens might pose an “equal or greater” threat to the country when compared to Al-Qaeda in 2001.

“There’s an oath that we always take,” Harris said. “Which is to defend and uphold our constitution against all enemies foreign and domestic. We don’t compare the two in the oath, but we know both can exist and we must defend against it.”

Chuck Todd: “We’re now as a nation battling a threat from within. Is the threat equal or greater than what we faced after 9/11?”

VP Kamala Harris: “…there is an oath that we always take which is to defend and uphold our constitution against all enemies foreign and domestic.” pic.twitter.com/fYVFwn2OQW

The Vice President’s remarks come on the heels of Biden’s “Red Sermon” speech  in which he effectively branded 74 million Trump voters as enemies of the state earlier this month when he claimed that “Donald Trump and the MAGA Republicans represent an extremism that threatens the very foundations of our republic.”

In the same interview, Harris bizarrely claimed that the U.S. southern border is “secure,” and immediately blamed the Trump administration for the “deterioration” of border security in recent years.

Notably, millions of illegal border crossings have taken place since the Biden-Harris administration took office in January 2021 — after they did away with many of the pro-Trump border policies that were designed to curb illegal immigration.

“We have a secure border in that that is a priority for any nation, including ours, and our administration,” Harris claimed. “But there are still a lot of problems that we are trying to fix, given the deterioration that happened over the last four years.”

“We also have to put in place a,” she said, stammering, “a law and a plan for a pathway for citizenship.”

"You're confident this border is secure?"

KAMALA HARRIS: "We have a secure border in that that is a priority for any nation." 🤔 pic.twitter.com/D2GDj4JUgH