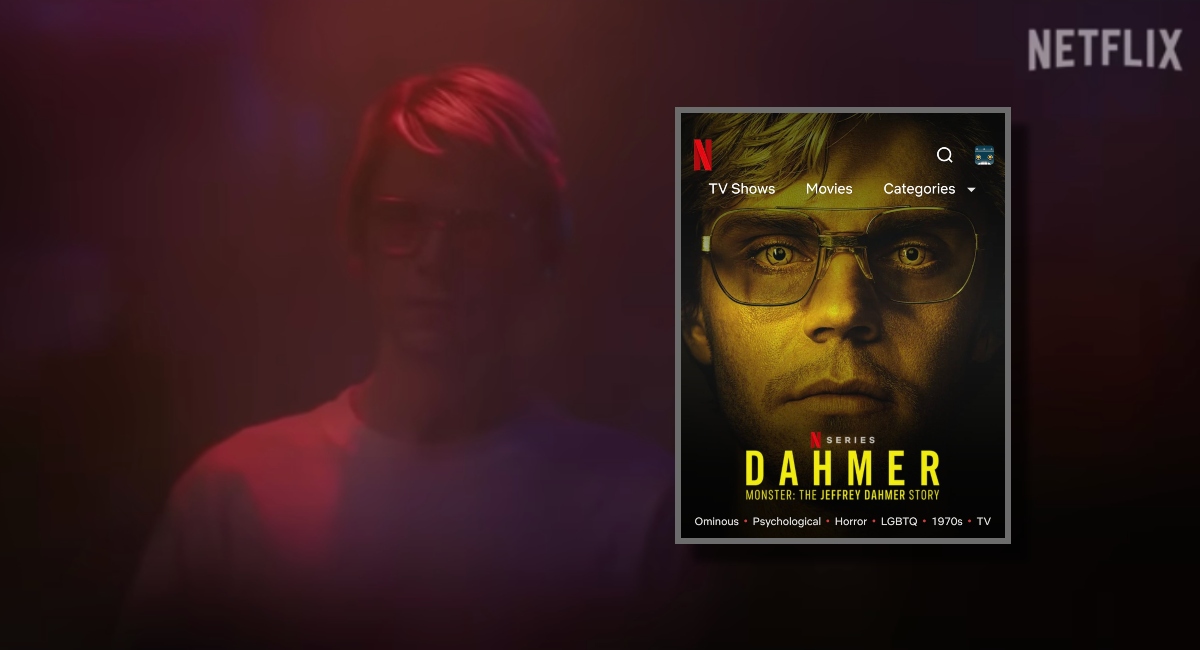 Members of the LGBT community are furious and upset after Netflix tagged its new docuseries focusing on serial killer Jeffrey Dahmer under its “LGBTQ” category.

The show, titled “Monster: The Jeffrey Dahmer Story,” premiered last weekend. Featuring actor Evan Peters playing Dahmer, a convicted pedophile, cannibal, serial killer, and documented homosexual who took the lives of 17 men and boys between the years of 1978 and 1991, the series had already received criticism after some said it humanized Dahmer.

Now, members of the LGBTQ community say it’s wrong for Netflix to categorize a series about a man who murders gay men and eats them as “LGBTQ.”

Backlash among the various members of the gay community online ensued after a semi-viral video was posted by TikTok user LiztheLezbo about the show, who asked “why the f**k Netflix made the decision to tag the Jeffrey Dahmer documentary LGBTQ? Like I know it’s technically true but this is not the representation we’re looking for.”

If I need to stay in my lane absolutely tell me but anyone else think it's pretty gross of @netflix to list Dahmer under #LGBTQ, especially when the True Crime tag would have worked? pic.twitter.com/wPzwc2oOKP

“@netflix you’re representation for the LGBTQ community is starting to be disgusting considering you cancel all the lesbian shows. But adding #lgbtq to Dahmer is way too far. Seriously considering cancelling my subscription when you dont represent my lesbian people,” tweeted user Kathryn Crowley.

@netflix you’re representation for the LGBTQ community is starting to be disgusting considering you cancel all the lesbian shows. But adding #lgbtq to Dahmer is way too far. Seriously considering cancelling my subscription when you dont represent my lesbian people. 😪

They really put #DahmerNetflix under the LGBTQ tag🙃like yes he was clearly gay but um let’s be honest how does that have anything to do with him being a crazed serial killer & cannibal?!?

yo it’s kinda weird that the dahmer series is in the lgbtq genre on netflix… right?

According to show runners, their series intends to reveal “the systemic racism and institutional failures of the police that allowed Dahmer to continue his killing spree.”

Many liberals online point to Dahmer’s “white privilege” as part of the reason he was able to murder so many people without getting caught.

Jeff Dahmer was a sloppy dumbass, the only reason he got away with so much was bc he was a privileged white fuck

Ironically, Dahmer previously told biographers that he is not a racist. During his life, Dahmer insisted that some of his victims happened to be black because he lived in a predominantly black neighborhood, and not because he was prejudiced against black people.

Regardless of his progressive views on race, Dahmer was ultimately murdered in prison on November 28, 1994 by a fellow inmate at Columbia Correctional Institution in Wisconsin.

The inmate, convicted murderer Christopher Scarver, “bashed in Jeffrey Dahmer’s head with a metal bar and left him gurgling on the floor,” the media reported at the time. He later claimed, “God told me to do it.”