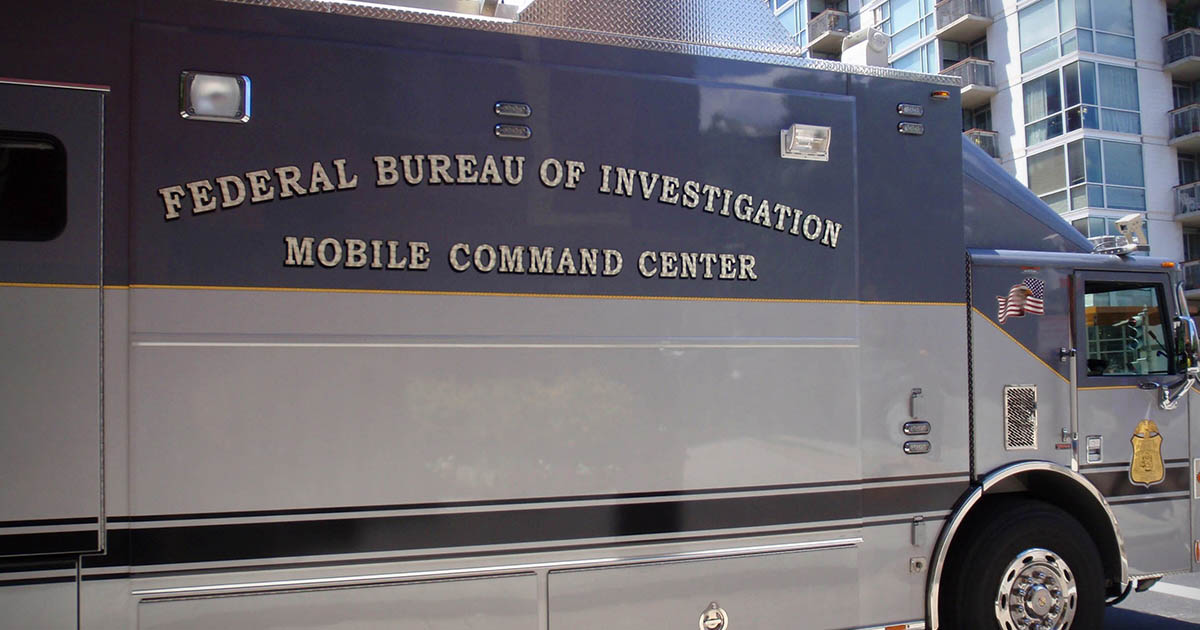 The FBI raided the home of a Catholic activist in Pennsylvania, arresting the man and leaving his wife with his traumatized and screaming children. The arrest, allegedly, because the man violated a Clinton-era law while engaging in street activism.

Christian activist Mark Houck was arrested at his rural home, according to LifeSiteNews, when 15 vehicles, including a SWAT team, stormed the residence with his family inside at 7:05 a.m. yesterday.

Recounting that the couple knew there were police outside, Houck’s wife Ryan-Marie told the outlet that “they started pounding on the door and yelling for us to open it.”

She explained that her husband attempted to calm the men, telling them “‘Please, I’m going to open the door, but, please, my children are in the home. I have seven babies in the house.’ But they just kept pounding and screaming,” reported LifeSiteNews.

FBI raids home of Catholic pro-life speaker, author with guns drawn as his terrified kids watch… The DOJ is out of control. We need more conscientious objectors. https://t.co/GiBmOcfuJp

When Houck opened the door, federal police stormed the room with rifles drawn, leaving the couple’s children “just screaming” in a panic Ryan-Marie described as “scary and traumatic” for the kids.

Ryan-Marie asserts that the FBI originally refused to let her see the warrant, but eventually retrieved the first page of the document from their vehicle after she accused the men of “kidnapping” her husband at gunpoint.

LifeSiteNews explains that the arrest related to Houck’s Christian activism, but that separate state level charges had already been dropped.

Joe Biden’s Department of Justice, under Merrick Garland, decided to bring their own charges against Houck and raided him with guns drawn, the outlet explained.

Republican Pennsylvania gubernatorial candidate Doug Mastriano released a statement condemning “The continued weaponization of the FBI and persecution by Joe Biden’s DOJ” as “an outrage” and promised that “As Governor, I will not allow the police state of Biden to enforce his persecution against his political enemies on sacred PA soil.”

Mark Houck was arrested yesterday for assaulting a 72 year-old man escorting a patient into a Planned Parenthood clinic. MAGA Gov cand Mastriano says: “As Gov, I will not allow the police state of Biden to enforce his persecution against his political enemies on sacred PA soil.” pic.twitter.com/DKfUZ4d1Sk

The law enforcement action comes as a growing number of conservatives fear that the FBI and Department of Justice are being used by Democrats as political weapons to hurt 45th President Donald Trump and his supporters.

FBI whistleblowers are compounding this fear, with one whistleblower recently telling the New York Post that the agency has become totally politicized and obsessed with the January 6 protests. He accused the agency of ignoring child sex crimes to focus on rooting out Trump supporters who attended the protest.