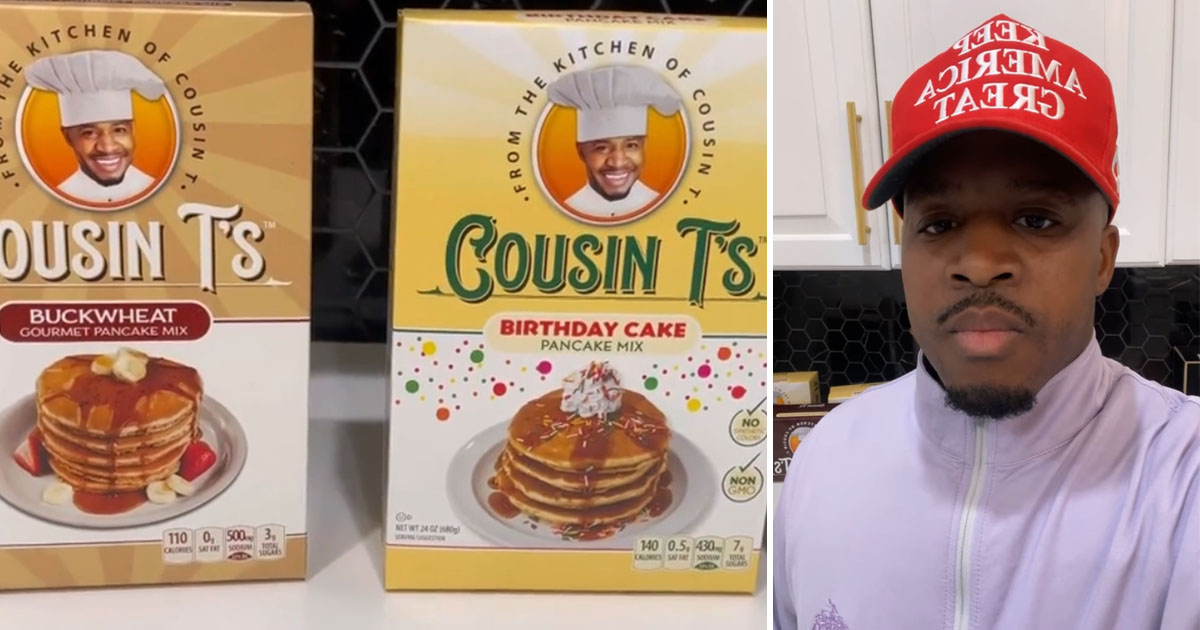 The pancake mix is called Cousin T’s, poking fun at the decision of left-wing companies to change the names of maple syrup and other products during the height of the George Floyd protests.

“So according to Facebook my Pancakes are racist!” Williams wrote on Instagram this Sunday. “I’m on 90 day restriction and now they are also flagging accounts for buying or sharing pictures of my Pancake Mix. This is absolutely crazy and it has everything to do with me being MAGA! I won’t apologize for it. Anyways go load up on some ‘racist’ Pancakes.”

“I’m not happy right now. Facebook is threatening to delete my account in 90 days! If I don’t behave. Why are they coming for me? All I do is make people laugh and sell pancakes,” Williams said in a Facebook live stream in August.

“So my face being on a pancake box is also racist,” Williams continued. People’s accounts have been deemed for posting pictures of my pancake box. Now my account is about to be deleted in 90 days if I don’t behave like Facebook wants me to.”

“Hell no. I won’t stop selling pancakes, and I’m not taking my face off… Look at that racist black face. The hell is this racist?” Williams concluded. :How am I racist to put my own face on the box? If I was a liberal, they would have me on every TV,” he added.