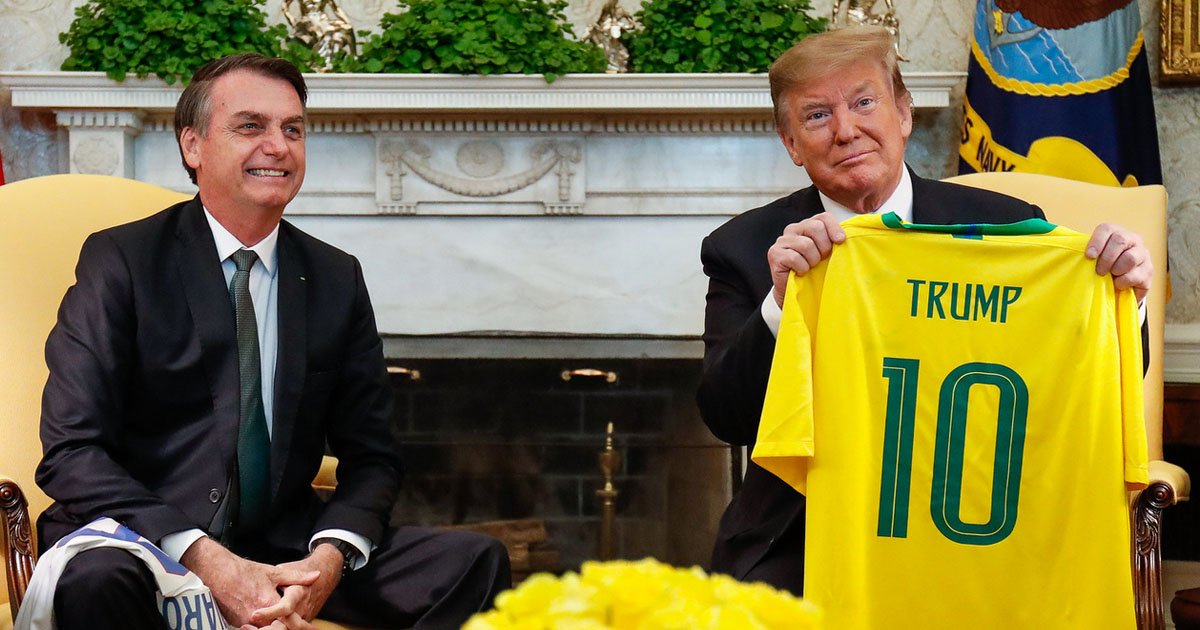 Former US president Donald Trump took his Truth Social website on Thursday to declare his “Complete and Total Endorsement” of Brazilian president Jair Bolsonaro ahead of the latter’s upcoming re-election campaign.

“President Jair Bolsonaro of Brazil,“Tropical Trump” as he is affectionately called, has done a GREAT job for the wonderful people of Brazil,” Trump wrote. “When I was President of the U.S., there was no other country leader who called me more than Jair seeking Tariff & Tax cuts, Trade Renegotiations, Strengthened Drug & Border Policies (to put the “bad guys” in jail!), Military Help, & more.”

“President Bolsonaro loves Brazil beyond all else,” Trump added. “He is a wonderful man, and has my Complete & Total Endorsement!!!”

Former President Luiz Inácio Lula da Silva, a socialist politician who is now running for another term after serving nearly two years in prison before having his conviction overturned, appeared to completely forget what he was saying in the middle of a debate against Bolsonaro ahead of the country’s presidential election in October.

Lula, who was convicted of corruption in 2018 and spent more than 500 days in prison before being released following a ruling by Brazil’s Supreme Court, apparently suffered the mental gap around the time he was asked if his ambition is to restore the alleged corruption from his prior government, reported de Castro.

“Lula,” Bolsonaro asked in Portuguese in the opening moments of the clash, “do you want to return to power to continue committing the same acts of corruption?”