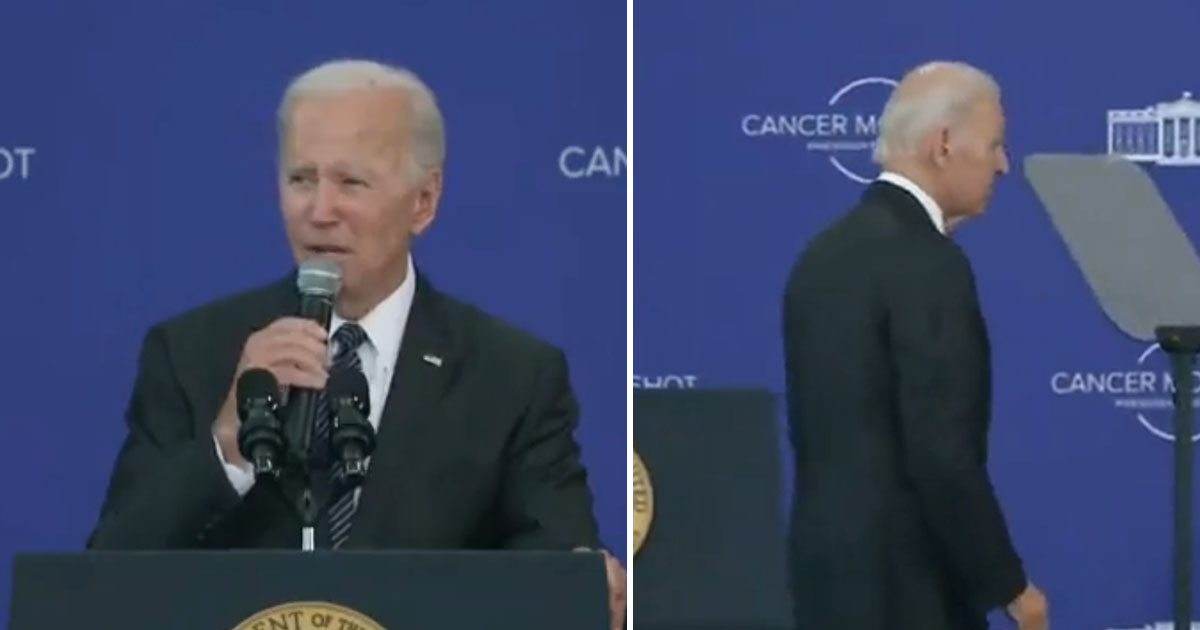 President Joe Biden announced during his “Cancer Moonshot”speech on Monday that “there is nothing beyond our capacibility [sic]” before wandering around the stage, not appearing to know how to end the event.

“I know we can do this together, because I know this: there is nothing beyond our capacibility [sic], our capacity if we work together as the United States of America,” Biden announced to conclude his prepared remarks.

“God bless you all and may God protect our troops, thank you for listening,” Biden added before awkwardly setting down the microphone on the lectern.

He then turned to his right to leave the stage, before quickly changing his mind and spinning back to the left, where he ambled away from the lectern for several steps.

Biden closes his speech by saying "there is nothing beyond our capacability—capacity" before having no idea where to walk. pic.twitter.com/TWrO0pQiku

Biden then stood in place for a few seconds before seeming to remember what he was supposed to do, and shuffled back to the podium to pick up the mic and call two audience members onto the stage.

Just last week, Biden was visibly confused and needed verbal assistance leaving the stage following a Labor Day speech this week, asking his staff “Where am I going?”

“Thank you,” Biden said upon conclusion of the speech, before turning to his staff and pointing offstage.

Biden continued to indulge in his strange pastime of imagining woodland creatures clad in bulletproof body armor recently, telling the audience this fantasy was “not a joke.”

“How many – my dad used to love to hunt in the Poconos when we lived in Scranton – ow many deer or bear are wearing Kevlar vests, huh? Not a joke,” Biden said while wandering around the stage in Pennsylvania this week.

Biden’s fascination with the concept of deer wearing Kevlar vests has frequently surfaced in his public speeches, especially when he talks about his fondness for gun confiscation measures.