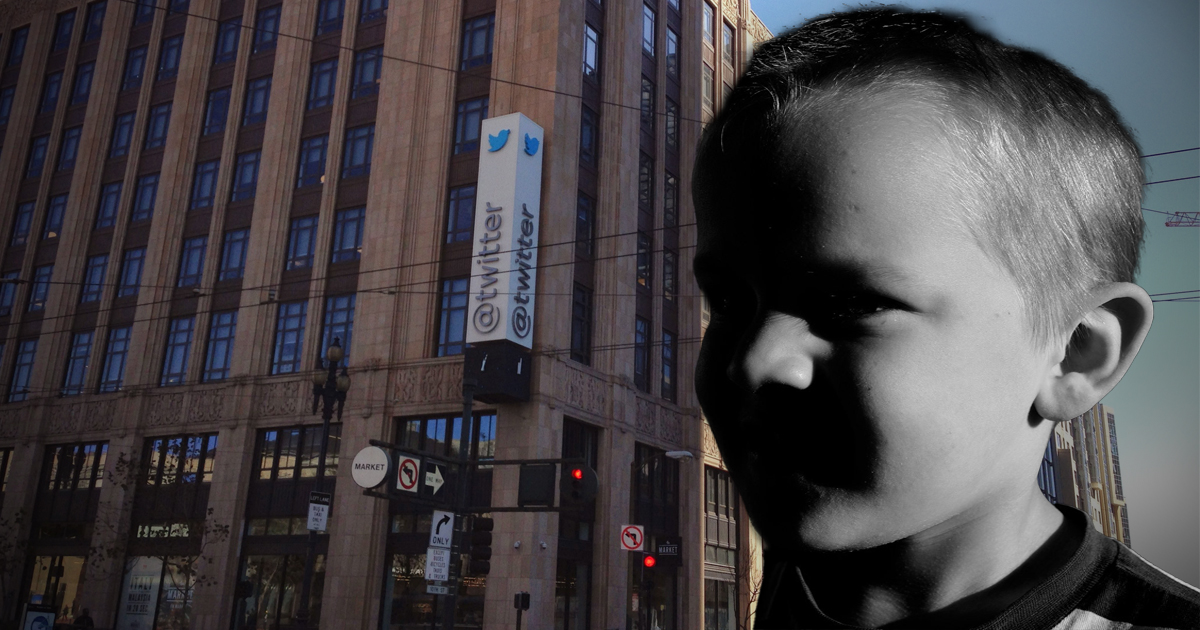 Tweets with keywords such as “rape” or “teens,” were found right next to promoted content, from advertisers. One tweet where a user said they were “trading teen/child” content, was then followed by a promoted tweet from Cole Haan, the shoe and accessories company.

David Maddocks, the brand president for Cole Haan, said that the company was “horrified” when notified about the content by Reuters. “Either Twitter is going to fix this, or we’ll fix it by any means we can, which includes not buying Twitter ads,” Maddocks added.

Another user who was searching for “yung girls ONLY, NO boys,” was shortly followed by a promoted tweet form the Scottish Rite Children’s Hospital in Texas.

The accounts were mostly using keywords such as “cp” on Twitter to promote links to other applications, such as Telegram and Discord, where the material could then be shared via links on cloud services such as Mega and Dropbox.

Ghost Data noted in its investigation that over a 20 day period, they had identified more than 700 accounts sharing or looking for child sex abuse material, and that Twitter had only removed 30% of them. After Reuters shared sample data with Twitter, 300 more accounts were removed, but another 100 remained, before being suspended after Reuters contacted Twitter again.

Let’s check in and see how it’s going for Twitter…. pic.twitter.com/RLHE3Fwr5m

A Disney spokesman added that the content on Twitter was “reprehensible,” and that they were “doubling-down” on efforts to ensure that the platforms they use would “prevent such errors from occurring in future,” while a Coca-Cola spokesman noted that “any breach of [their advertising] standards is unacceptable and taken very seriously.”

The Verge in August revealed that the Red Team, an internal team created by Twitter earlier this year to assess the ability of the platform to monetise adult content, determined that they could not “accurately detect child sexual exploitation and non-consensual nudity at scale.”

In February of last year, Twitter was sued by two minors in federal court who alleged that the company refused to take down images and videos of themselves as young teenagers engaging in sex acts, because they “didn’t find a violation” of their policies. The content was only taken down after the Department of Homeland Security stepped in.

Celeste Carswell, a communications manager for Twitter, said in a statement that the Big Tech platform has “zero tolerance for child sexual exploitation,” adding that they are hiring new positions at the company to look at policies and solutions to stop this happening in future, along with working with advertising partners and clients to investigate the subject.