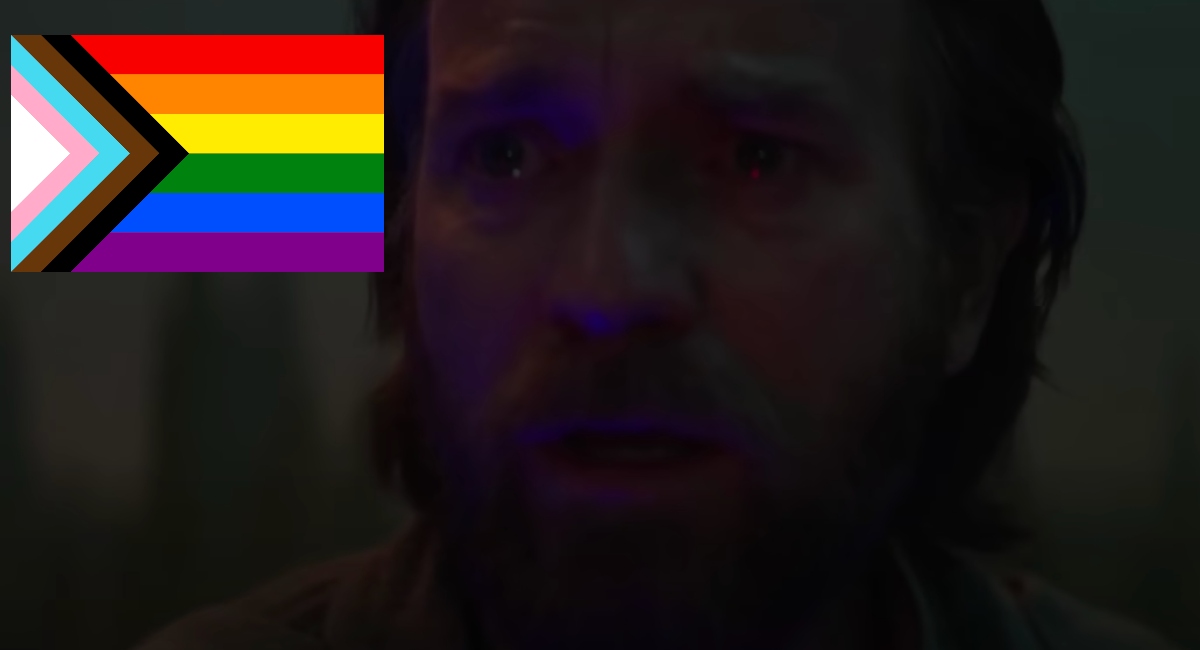 A new book by the Star Wars franchise appears to cast doubt on the heterosexuality of an iconic character — powerful Jedi Master Obi Wan Kenobi, originally played by Sir Alec Guiness in the late 1970’s and currently portrayed by Scottish actor Ewan McGregor.

Obi Wan’s character was featured in a new Star Wars spin-off novel Padawan, the latest addition to the franchise following the Disney Plus series Obi-Wan Kenobi which was released earlier this summer.

In the novel written by Kiersten White, a teenage Kenobi trains under his mentor Qui-Gon Jinn, the Jedi Master played by actor Liam Neeson, who was fatally struck down by the double-bladed red lightsaber-wielding Sith Lord Darth Maul at the end of 1999’s first Star Wars prequel film The Phantom Menace.

Users on social media were fast to point out a passage from the latest novel that appears to prove that Kenobi is a bisexual. In the book, Kenobi discusses romantic relationships with another male teenaged character named Casul.

Casul asks Kenobi if he is ever “curious” about relationships, which Jedi are prohibited from engaging in (technically).

“Not many choices around here. I don’t think love is in my future, either, and I’m fine with that. As long as I have the Power to keep my family safe, that’s enough for me. Though I will admit I’ve been curious about kissing and why Audj and Zae-Brii enjoy it so much. So if you’re ever curious, too, let me know,” he asks the future Jedi Master.

Here is the part where Obi-Wan questions his sexuality and talks about being aromantic/bi !! :,) pic.twitter.com/XFZE5P2B5E

“Obi-Wan blushed. ‘I will. Let you know, I mean. Not that I will do that, right now, with you. Or anyone,'” the passage continues.

“Would he ever get to a point where kissing someone felt like anything less than a betrayal of himself and the Jedi? And if he did get to that point, who would he want to kiss? The Lenahrans were confident and charismatic, which was attractive.”

Among the queer kids Obi meets:
– their leader, Audj
– her nonbinary shapeshifting partner, Zae-Brii
– Audj' brother Casul, who's down to experiment with Obi
– and Mem, a girl who's not down for romance or attraction at all

Queerness in this book feels very casual and I love it.

“But he couldn’t imagine just … kissing any of them. Maybe he didn’t want to be with any of them but rather to be more like each of them. Or maybe he wanted to kiss all of them,” the book states.