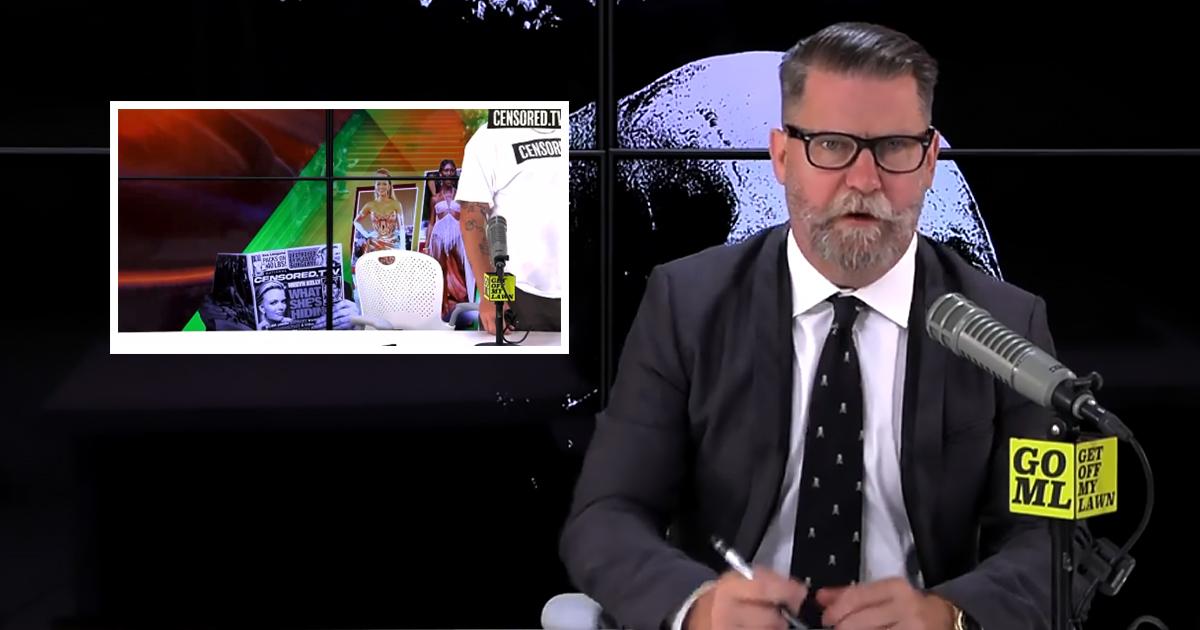 Shortly after his “Get Off My Lawn” live show began, police officers believed by Censored.tv subscribers to be federal agents gained access to the studio. McInnes, who founded the web network Censored.tv after being canceled on social media, was heard on the live stream having a heated verbal exchange with officers before leaving the studio. McInnes’ stream was left unattended for over an hour before it ended.

McInnes, standing at his desk, told the off camera law enforcement officers, “Yeah. Alright, I’m happy to do that. I’ll get a lawyer, and we will sit down and have a conversation. We’ll schedule a meeting, and I’ll sit down with my lawyer.”

The officer’s response to McInnes was not within range of the microphone, but after he spoke McInnes replied, “I didn’t let you in.”

DEVELOPING: looks like Gavin McInnes was visited by law enforcement (alleged feds) while live-streaming his show

The stream has now been live for 30 minutes and Gavin is nowhere to be seenpic.twitter.com/3Wtj4QFS1q

One Twitter user claims that after amplifying and applying filters to the audio, the words “federal investigator” and “arresting you” become audible.

@TheRalphRetort I downloaded the audio from this clip that was posted and amplified it with noise correction. At about 1:08 someone says "Federal Investigator" and what sounds like "arresting you." You can hear police radios. https://t.co/yqNNSCrgSA

What appear to be chirping noises made by police radios can be heard in the video, but viewers reported only silence after McInnes left the frame until the stream was taken offline.

Prior to the Thursday night incident, McInnes told viewers of Censored.tv that he had reason to believe he was under some sort of surveillance.

“Then today I go outside, and my neighborhood is not downtown, it’s a lonely suburb. There’s an unmarked police car parked in front of my house. So I walked over to it and I go, ‘How we doing?'” McInnes said in an episode of his podcast released earlier this week, “And they look very uncomfortable.”

The feds finally made their move on Gavin McInnes. They arrested him in front of his audience. The message is clear: anti-communist views will not be tolerated. pic.twitter.com/FmCBEbFv5g

It’s unclear what branch of law enforcement visited McInnes’ studio, which is based in New York City.

Comedian Josh Denny, who is set to tour with McInnes and Compound Media’s Anthony Cumia, seemed to confirm that McInnes was arrested on Twitter.

“It’s not a bit,” wrote Denny, adding “he’s rotting away in jail because he dared to question authority.” Denny added that he is working to get McInnes released.

The show goes on. We aren’t canceling ANY. Working with the @censoreddottv team and @RelocationBoss to get him out.

We’ll fucking be there. #FreeGavin

Comedian Cripp Daddy, who hosts a show for Censored TV, posted a statement explaining that he “cannot legally discuss what happened” to McInnes.

“I’m not sure what the coming days will bring, but the rest of us are all going to try to figure things out and hopefully keep stuff as normal as possible until there can be some answers.”

A statement in regards to the Gavin McInnes stream situation pic.twitter.com/yKJT7rdMP7

McInnes is the founder of Vice Media and the Proud Boys. He left the Proud Boys in 2018 after several Proud Boys were attacked by Antifa after a speech he delivered at the New York Young Republicans Club, and was not part of the club on January 6, 2021.

The cultural pundit has previously indicated he believed he would be asked to testify, either for the January 6 committee or at trial for one or more of the Proud Boys arrested for attending the January 6 protests.

Gavin McInnes has a comedy show in Sept in Dallas! https://t.co/GwAKT5Kqw5

Valiant News contacted Censored.tv’s producer for comment and did not receive an immediate response.