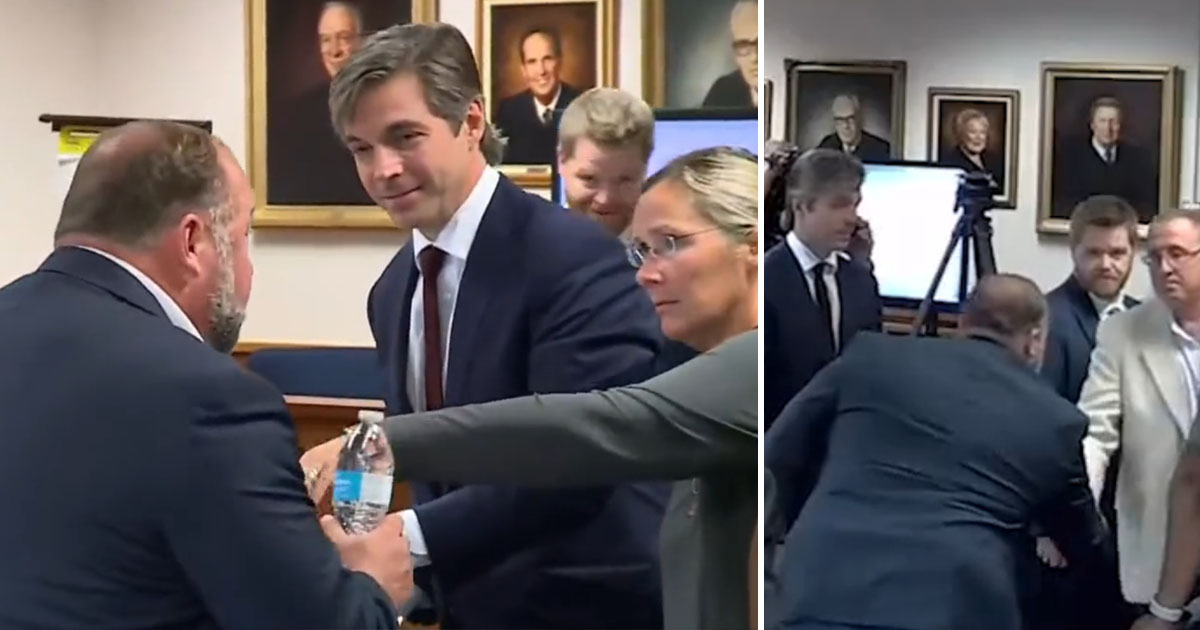 Judges in Texas and Connecticut have ruled that Jones is liable for defamation by default, claiming he did not comply with court orders and turning over documents. Jones disputes these ruling, claiming he and his media company Free Speech Systems did comply with discovery.

In footage from the defamation damages trial on Tuesday, Sandy Hook parent Scarlett Lewis can be seen offering Jones a bottle of water, which he accepts, stating, “I appreciate it.”

“That’s not true, I apologize for today,” Jones could be heard saying during the partially audible conversation.

"Oh, shut your mouth!" Attorney Wes Ball says to #AlexJones.
Jones: "Why don't you try and shut my mouth? You'll never succeed!"
Ball stopped Jones from further talking to Neil Heslin after court. Then the back and forth happened. Jones also said, "I think I'm autistic too." pic.twitter.com/KXhvCzJZhS

Jones then shook hands with Lewis and fellow parent Neil Heslin, at which point attorney Wes Ball angrily interrupted the moment to shout, “That’s it, they’re not talkin’ to you. You’re not doin’ this! That’s not even a thought! That is not the way this goes!”

Ball then yelled, “Shut your mouth,” prompting Jones to respond, “that’s what you’re trying to do, shot my mouth, but you’ll never succeed.”

In response to the comment, “My son’s autistic,” Jones stated, “I think I’m autistic too, buddy.”

Jones’ defamation damages trial has been scrutinized under a partisan spotlight by many corporate journalist and political public figures.