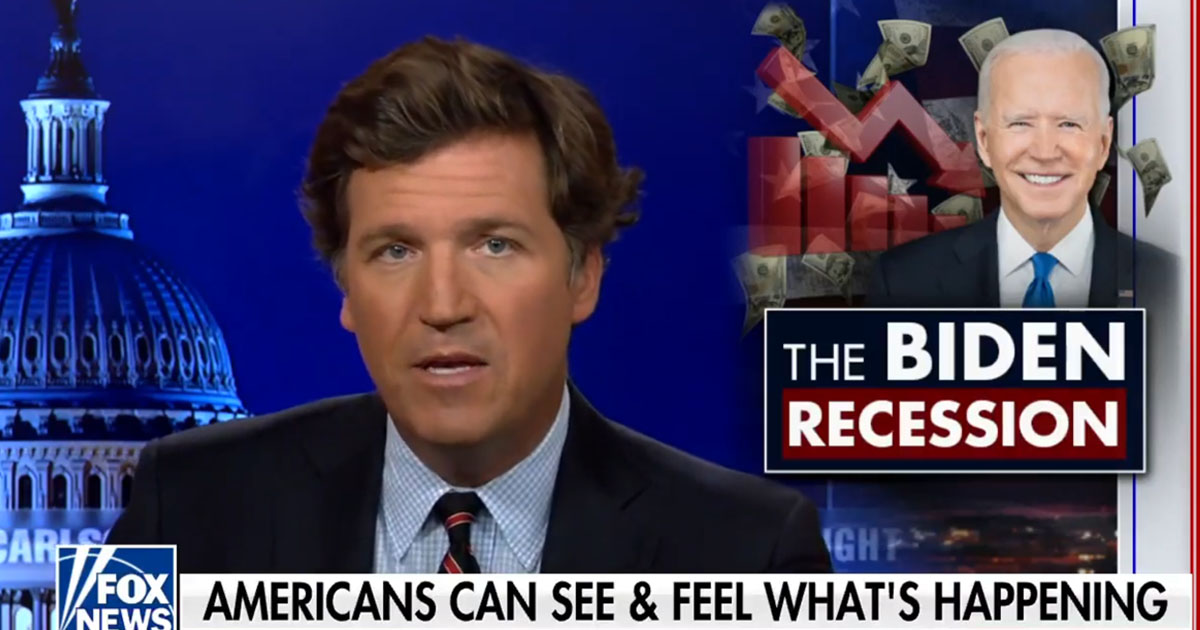 “We’re in a recession. The economy has been shrinking all year,” Carlson stated. “Real wages are at record lows and at the same time, inflation is the highest it’s been in the lifetime of most Americans. So, call it whatever you want, but it’s a recession and it’s scary and they’re ignoring it. We’re going to spend the next hour investigating how exactly this happened. How did they tank the economy so fast and what does it mean?”

Carlson said, “To get to the answers to those questions, we’re going to speak to people who have actual credibility on economics and that emphatically does not include our most highly credentialed economists, people who, like the public health experts we’ve watched the last two and a half years, have thoroughly beclowned and discredited themselves.”

“Inside the White House, no one’s even pretending to care as the U.S. economy falls apart,” Carlson concluded. “They’re not worried about the oil supply. In fact, they’re selling our oil to our main global rival, China. They’re not worried about the stock market. They couldn’t tell you what’s up or down. They cannot even define a recession. The one thing they’re sure of is everything’s fine, except for the trans community, which is suffering under your bigotry.”

Related  Kerry Claims WEF Attendees Are 'Select Group' Who Can 'Save The Planet'
In this article:Biden, economy, Featured, Fox News, Recession, Tucker Carlson